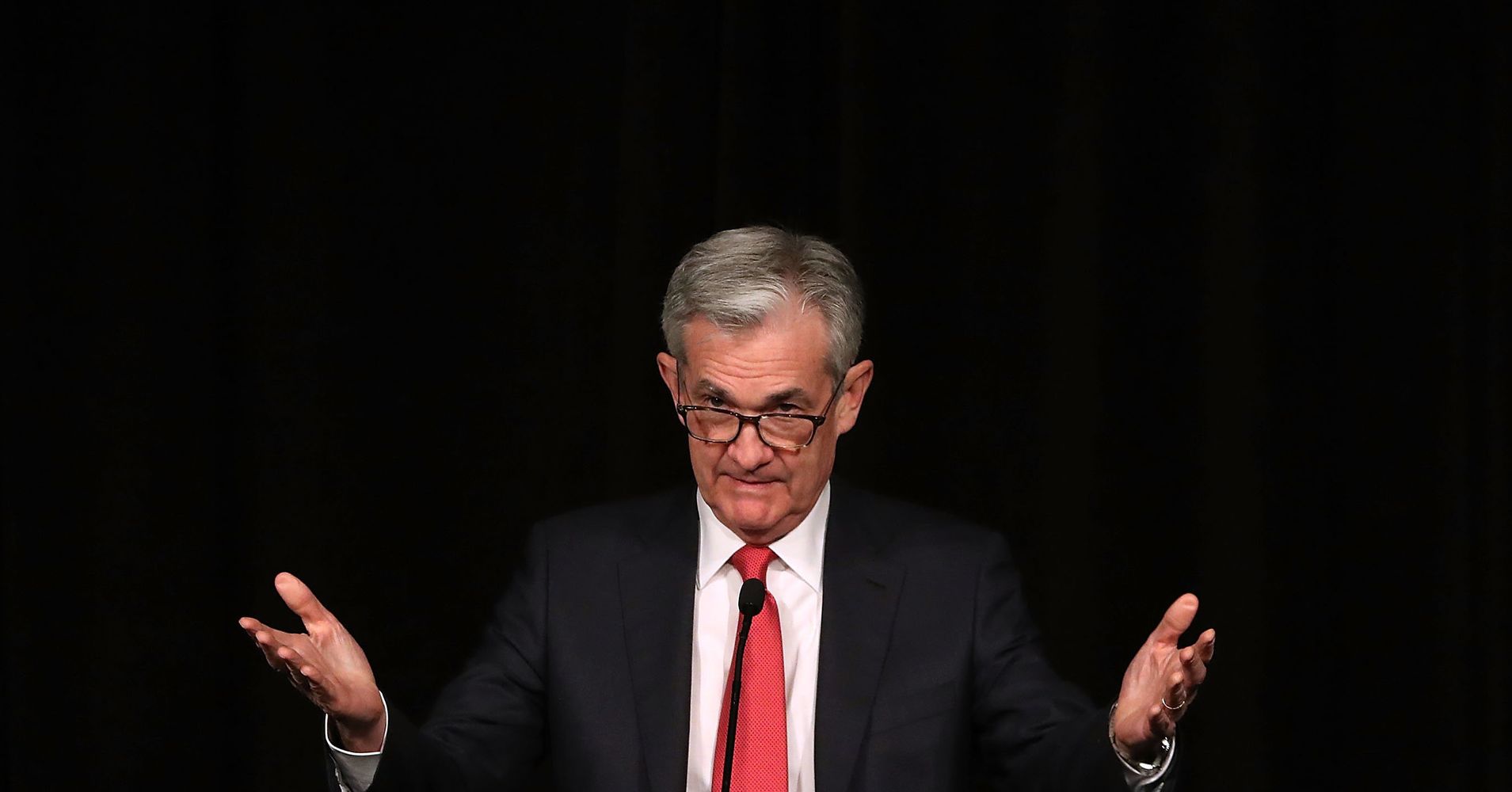 Analysts and journalists have cited trade, Trump’s China deal, Brexit uncertainty, fears of an economic slowdown, a rudderless Fed and much else as the causes of this volatility, which isn’t confined to the stock market. Corporate bonds have been jittery for much of this autumn amid a rash of downgrades from credit rating agencies. Recently, commentators have been issuing ominous warnings about a dreaded inverted yield curve among U.S. Treasury bonds.

“Are You Ready for the Financial Crisis of 2019?” asks one New York Times headline. Will you survive the “$9 trillion corporate debt bomb” identified by CNBC?

Everybody needs to calm down. There are legitimate reasons to worry about the course of the economy, but most of the fevered analysis pouring out of the financial press is about as valuable as a trip to your local palm reader. Stock and bond analysts might know a lot about corporate profits and competitive pressures, but they can’t predict the future any better than you can.

The experts don’t know what a final Brexit deal will look like or how long a government shutdown might last, and they can’t calculate the eventual economic ramifications of things that might never exist. They don’t know what unpleasant secrets are currently being papered over in corporate balance sheets, and they can’t predict which supply chains will be disrupted by wars or natural disasters or what new inventions will vault their inventors to glory. The world is an uncertain place.

Uncertain but not random. Here’s what the investment world does know that is spooking markets.

For years now, the Federal Reserve has been signaling that it believes things are going a little too well for American businesses, and it plans to make life a little harder for them.

As a central bank, the Fed’s job is to ensure both maximum employment and price stability. And while there are a lot of different ways of affecting either one, the Fed functions chiefly by managing interest rates ― the price and availability of credit. If there is too much credit in the economy, then businesses can borrow too freely, leading to asset bubbles and inflation. If there is too little credit in the economy, then businesses can’t get the money they need to operate, and people can’t get jobs. Top officials at the Fed generally try to hit a sweet spot where the economy is operating with the maximum number of jobs possible without increasing prices.

There are a lot of problems with this economic management model. For one, the Fed doesn’t really know how inflation works. For another, the Fed insists on operating with an undemocratic independence from the American political process. It’s not really clear why one agency should control interest rates without recourse to taxation and government spending decisions that affect growth, jobs and prices.

But for all its oddities, this is still the way the Fed works. By raising interest rates, the Fed is intentionally putting pressure on businesses ― forcing many to lay off workers or, in some cases, shut down operations entirely. The Fed doesn’t do this for fun. Its top officials believe they have to cause a little unemployment in order to keep inflation from getting out of hand, although there is very little data right now indicating that consumer prices are increasing meaningfully. Inflation has been below the Fed’s target rate of 2 percent for most of the year.

So we know that if the Fed achieves what it hopes to achieve with higher interest rates, then companies will go bankrupt. The firms that are most at risk are generally smaller operations and those already carrying a lot of debt, which can’t draw on cash reserves to meet expenses.

And there are a lot of companies carrying a lot of debt right now. There is currently more than $9.1 trillion in corporate debt outstanding ― nearly double the $4.7 trillion level in 2007. Much of this debt has been blown on some pretty irresponsible purchases, stuff like stock buybacks and mergers that did little to change a company’s business prospects but offered a quick jolt to share prices.

This strain of recklessness infected some very large corporations. GE, for instance, spent $24 billion in 2016 and 2017 buying up its own stock ― even though the company is also loaded to the gills with debt. In effect, the company was borrowing money and giving it away to shareholders and executives instead of investing in new equipment or research. The result is a pretty unstable company. GE’s existing bonds have been plummeting in value as investors worry about the firm’s ability to pay them off. The company’s management is selling off assets to raise cash quickly ― never a good sign.

Which companies eventually go bust and how many of them bite the dust depends largely on how bad the Fed thinks things need to get in order to keep inflation at bay. With the unemployment rate at 3.7 percent, it’s possible to throw millions of people out of work and still have an economy with an unemployment rate below what the Fed has considered normal for much of the past 30 years.

But there’s a wild card in this financial deck: the banking system. Any bank holding too much souring debt could find itself in serious trouble: When companies go bankrupt, banks don’t get paid. After the 2008 financial crisis, the federal government implemented a lot of reforms intended to make American banks safer, and in many ways, they are. They fund their operations with more capital and less debt than they did a decade ago and keep more of their money in safer, readily tradable assets, like Treasury bonds. But top banks are still gigantic and very opaque; it’s very difficult to tell what’s going on inside them, even for bankers themselves. At Wells Fargo, for instance, top managers “discover” new forms of misconduct every few months.

So it’s possible that the Fed could screw up. In the process of trying to cause just a little unemployment, the central bank might push interest rates too far, forcing a major corporate debt sell-off that puts the stability of the financial system itself in jeopardy.

Most economists currently think that’s unlikely. Former Fed Chair Janet Yellen, for instance, said Monday that corporate debt levels are “very high” and compared the quality of a lot of that debt to the toxic subprime mortgage securities from the housing bubble. If a recession hits, “high levels of corporate leverage could prolong the downturn and lead to lots of bankruptcies,” Yellen said. But she emphasized that she doesn’t expect bankruptcies at banks. Even though banks have been approving a lot of bad corporate loans, she thinks the banks themselves are protected against severe losses.

But the truth is that nobody really knows. And if you believe the Fed, things will probably get worse before they get better.