Workplace vs. Coronavirus: ‘No One Has a Playbook for This’ 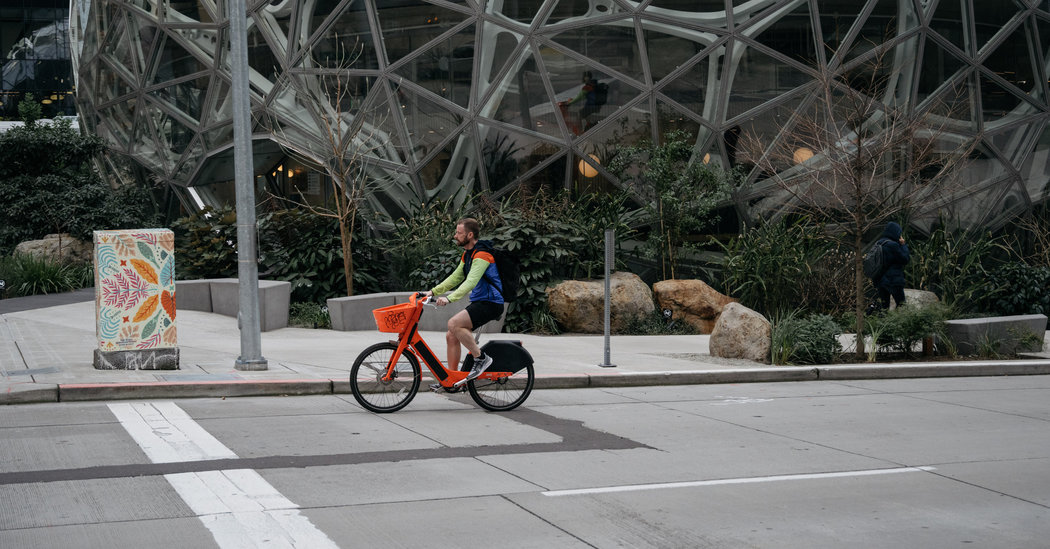 SAN FRANCISCO — At Facebook on Thursday, the questions from spooked employees came thick and fast.

The evening before, the social network had disclosed that the coronavirus had been diagnosed in a contractor in its Seattle office and had said all employees in that city should work from home until March 31.

Other Facebook employees, some of whom had recently traveled for work, soon began asking their managers and one another: Who was the contractor? Had that person been near them? And what did that mean for their work?

That same alarm has now spread through other companies around the world, despite escalating efforts by many of the firms to deal with disruptions from the coronavirus outbreak that started in China. Microsoft, Amazon, Ford Motor, CNN, Citigroup and Twitter have put employees through work-from-home drills, dusted off emergency-response plans and ordered increasingly stringent safety measures to protect their workers.

Even so, the coronavirus has moved faster than their preparations. Amazon said this week that two employees in Europe, who had been in Milan, were infected with the virus and that one employee at its Seattle headquarters had tested positive for it. HSBC said on Thursday that the coronavirus had been diagnosed in an employee at its global headquarters in London. And AT&T said a retail employee at one of its stores in San Diego had tested positive.

The challenges faced by workplaces have become a new front in the battle over the coronavirus, which has spawned more than 90,000 cases and caused more than 3,000 deaths around the world. While factories in China had already been closed by the outbreak and are now just ramping back up, global white-collar companies have rarely grappled with this scale of disruption — or the level of fear that has gripped workers.

“No one has a playbook for this,” said Dan Levin, who runs a small company outside Chicago, Cain Millwork, which makes furniture and wall paneling. He said he was planning to have some of his office employees work from home.

Many corporate memos, including those from HSBC and Facebook, now mention deep cleaning of office spaces and self-quarantining. Face-to-face job interviews have been all but banned by some firms, in favor of interviews conducted by teleconference.

At Microsoft, which is based in Redmond, Wash., near a cluster of coronavirus cases, employees swapped stories this week about the outbreak in internal chat rooms. In one online conversation on Wednesday, which The New York Times reviewed, a Microsoft employee wrote of a rumor that someone at headquarters had been infected.

“Could it be true?” he wrote. “FWIW,” he noted, the corporate emails telling employees to work from home “don’t mention that NO Microsoft employees had been infected.”

Late Thursday, Microsoft said two employees in the Seattle area had been infected, the first known cases at the company. “The affected employees remain in quarantine, and we are supporting them as the recover,” Microsoft executive Kurt DelBene said in an email to employees obtained by The Times.

Inside Amazon, while some workers emailed each other about whether masks provide effective protection, many were scrambling to deal with business problems caused by the virus, according to four employees, who were not authorized to speak publicly. Those included whether Amazon will have enough products to offer for Prime Day, its summer sale event, or have enough drivers to handle a surge in online grocery orders as the virus spreads.

The depth of employee anxiety has forced senior executives to take calming measures. Uber sent out a memo to staff on Wednesday saying it had formed an internal task force to handle its response to the virus, according to a copy viewed by The Times.

The ride-hailing company urged employees to have empathy for one another, to make decisions based on data and to restrict all nonessential travel until April. Uber added that it was working with an epidemiology consultant for further guidance.

“Much of this situation is new — not only for Uber, but for the world,” Andrew MacDonald, a senior vice president at Uber, wrote in the memo. “We won’t get everything right from the start.”

At its headquarters in Mountain View, Calif., Google also increased the amount of hand sanitizer available to employees, putting it in conference rooms and kitchen areas.

Other companies have tightened their travel restrictions. Citigroup and JPMorgan Chase have said senior managers must approve international business trips. Walmart said on Thursday that employees could travel internationally only for “business-critical trips” and that it was limiting their travel to conferences and trade shows in the United States. And at CNN, the chief executive officer has begun personally vetting all intercontinental travel.

How companies have altered their response to the coronavirus over time has been evident with Twitter. On Sunday, the San Francisco social media company said it was suspending all nonessential travel for employees. A day later, it encouraged all of its employees — it has just over 5,000 — to work from home if they were able to.

Then on Thursday, Jack Dorsey, Twitter’s chief executive, appeared at a financial conference in San Francisco and said he was rethinking a plan he had formulated to work remotely from Africa for three to six months this year.

“Everything happening in the world, particularly with coronavirus, I have to reconsider what’s going on and what that means for me and for our company,” said Mr. Dorsey, who is also facing a challenge from activist investors.

The measures that companies are taking in response to the virus may shift workplace behavior over the long term. Telecommuting, which has been in and out of favor for decades, may become more ingrained. The use of digital tools for remote collaboration may also rise.

Yet in the near term, having workers stay home could be devastating for some smaller businesses. Robert Luft, who runs a company in Cincinnati that installs technology in health care facilities and distribution centers, said an outbreak that prevented his technicians from showing up to work would put his business in a precarious situation.

“If it’s unsafe for people to have them on site, that definitely impacts my business,” Mr. Luft said. “Unfortunately there isn’t any type of contingency plan.”

Because Microsoft’s employees in the Seattle region are supposed to work from home for several weeks, the company does not need as many services from the vendors whose workers staff its cafes, drive its shuttles and support other on-site needs. On Thursday, the company said it would continue to pay the 4,500 hourly employees who work in its facilities, even if they are needed for fewer hours.

At Facebook, the company has been working on contingency plans for the impact of the coronavirus since January. Executives have tried to walk the line of hewing closely to advice from public health officials while trying not to cause a panic among employees, two Facebook employees said.

The social network quickly canceled its participation in a half-dozen events — from its annual F8 developer conference to its presence at South by Southwest in Austin, Texas — and has worked to use its products to help health experts study the spread of the virus. Mark Zuckerberg, Facebook’s chief executive, said in a post this week that the company was giving unlimited free Facebook ads to the World Health Organization to distribute information to users.

When one of its contractors was found to have the virus on Wednesday, Facebook shut down two of its four offices in the Seattle area — in Bellevue and Redmond — for a deep cleaning, according to two employees.

An Amazon employee who was later found to have the virus had also separately visited one of Facebook’s Seattle offices last month, prompting fresh concerns among employees. Facebook said it had carried out “targeted deep cleaning and enhanced sanitation measures” at the office building that the Amazon employee visited.

The company has also tried to keep its 44,000 employees sticking to business as usual. On Wednesday, it held a training session for managers on how to supervise teams of remote workers, the two employees said. And the social network was staying on course with a weekly question-and-answer session led by Mr. Zuckerberg on Thursday, which would be live streamed from Facebook’s Silicon Valley headquarters.