Work Friend: If You Don’t Think Your Office Is a War Zone You Are Fooling Yourself 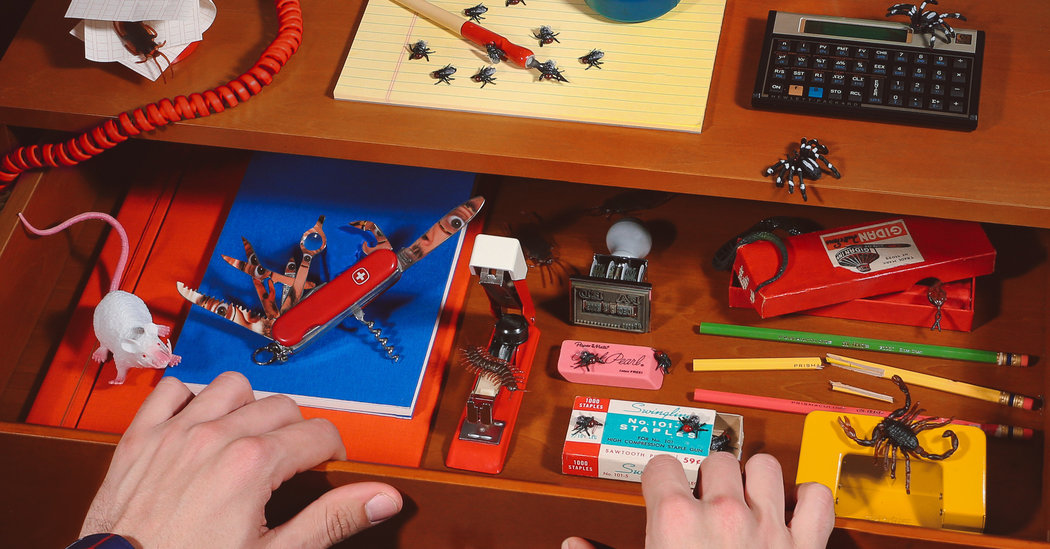 Send questions about the office, money, careers and work-life balance to workfriend@nytimes.com. Include your name and location, even if you want them withheld. Letters may be edited.

This Woman Is Too Scary

My manager (a man) told me (a woman) that someone I thought I had a healthy and positive partnership with (a man) is scared of me. If true, I feel awful! I would never want this person to feel intimidated, and will find opportunities to make myself more accessible. But … I also think my manager is a liar, LOL. How do I both find out if I am scaring someone, and call out the patriarchy that my manager hid behind?

Sometimes when men say that women “scare” someone in the office, they actually mean “respect.” Your credentials or performance may intimidate your colleagues. That is fine. Most men spend their lives trying to make that happen!

In any event, the only logical path to success is to assume both these facts are true: Your co-worker is afraid of you, and your boss is out to get you. You should take two or three actions that open a slightly deeper relationship with this colleague. At the same time, you should also secretly go on a campaign against your manager. Present him secretly with some chances to succeed or fail at being a successful ally. Perhaps it is you who have been missing the clues in this murder mystery all along — and the victim was supposed to be you.

This Woman Is Too Competent

I am a 56-year-old woman who has worked in many different professional settings, most recently in government and legal offices, and mainly in support roles — paralegal, secretary, etc. I have never been the highest-paid person in these offices, and yet I feel that I usually am the employee most counted on to be on time, do quality work and keep things flowing smoothly. This has never bothered me previously, as I find that’s kind of what naturally comes to my personality.

However, lately I am feeling that a question constantly pops in my head and I can’t wrap my brain around a good answer: “Why do I care more than the people in charge do?” I am not making the big bucks, and yet I am stressing out as if I own the place.

Can you help me figure this out?

Oh, I actually think you have already figured this out. Offices run on you — offices are you. The super-competent who can see more than four hours ahead, while the people “in charge” blunder from endless meeting to endless meeting, making plans that’ll get whiteboarded away next week. We don’t value this kind of work most of the time (though I can think of a couple exceptions).

This Man Is Too Lonely

How do I meet non-co-workers to get it on with if I have to work every waking hour to afford rent?

Your intention to not sleep with your co-workers is appreciated. (From 10 weeks of monitoring the workfriend@nytimes.com inbox, I know that all of you are sleeping with each other, and I promise it will only end in tears and/or children — equally terrible fates.)

This is, secretly, a hard question, because the dating apps are a desert of emotional sustenance. They are only effective like Bitcoin mining is effective. You have to put in the hours and the electricity. You have to grind through the leveling-up of bad dates and endless swiping to actually have intercourse. (To be fair, it was much worse in the olden days, let me tell you! You would meet some seemingly wonderful guy and there was no open-source spreadsheet on the internet to tell you that said man was in fact a bad man.)

Your other options include: trivia nights, live music shows in small venues and, I dunno, the gym? (Do straight people actually ever hook up at the gym? Seems unlikely.) Get back on that Hinge, I guess. Only 418 more swiping hours until you identify someone you might feel some connection with. Your question has given me a little more empathy for all the office-sex emails.

This Man Needs to Quit

I work in a small regional office of financial analysts. We’re all nerds, and only a few of us possess a material amount of emotional intelligence (or we think we do). One colleague in particular — a peer, though he’s been here longer — appears to be completely blind to his faults in this area, and is increasingly becoming unhappy at not being promoted. Do I try to help him understand why is he being passed over for people who do not have the self-awareness of a smooshed avocado?

Fun! You have a juncture here in which you can change or ruin or derail or improve a life. I (like most people) often balk at taking action in these moments, feeling my hand on the crossroads of someone’s path, to mangle a small group of metaphors.

If you intervene, you’d want to have a conversation like:

So, instead, you should make a plan together to go start your own firm where no one is going to police you for your atypicality. It’s not that hard! Go find someone psychotically outgoing to sell your services, and y’all can happily sit in your nerd cave all day working up some hot spreadsheets. Any idiot can start a business. It’s not really any worse than going to someone else’s office every day. At least you nerds know what you’re getting into with each other.

Choire Sicha is the Styles editor of The Times. Write to him at workfriend@nytimes.com.