Woman Killed by Fire in Menstruation Hut, as Nepal Fights a Tradition 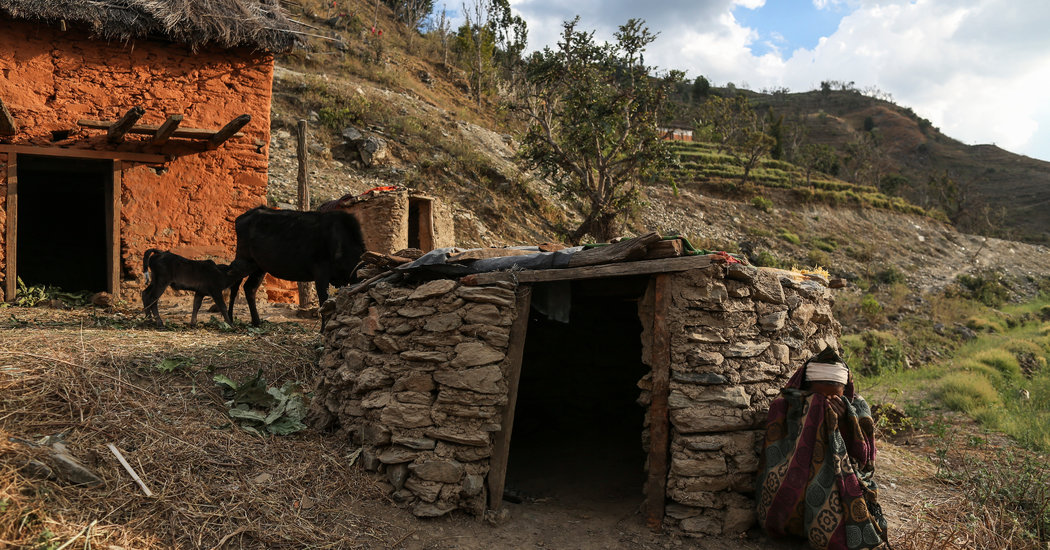 KATHMANDU, Nepal — Parbati Bogati knew what to do when her period came.

Ms. Bogati, 21, sequestered herself in an abandoned house, in keeping with a centuries-old taboo that declares menstruating women impure, officials from her area in rural western Nepal said.

As the temperature dropped below freezing on Wednesday evening, she tried to keep warm, apparently burning wood and clothing.

By the next morning, her legs were charred and she was dead.

“It seems she also died from suffocation,” said Lal Bahadur Dhami, the deputy superintendent of the area’s police. At least three other people died this year while following the same superstition.

The taboo, which has its roots in Hinduism, is called chhaupadi, from the Nepali words meaning someone who bears an impurity. During women’s periods, it bars them from touching neighbors’ food or entering temples. They cannot use communal water sources or kitchen utensils. It is considered bad luck to touch them.

Instead, women who observe the taboo are banished to mud or stone huts, some of them no bigger than closets. Each year, at least a couple of women die in these huts from exposure, animal bites or smoke inhalation after building fires to stay warm during the Himalayan winter.

Many women who follow chhaupadi say they do so out of social pressure or guilt. Reports of sexual assault from men who prey on them while they are alone are also common.

A 2010 Nepali government survey, which was cited in a State Department human rights report, found that 19 percent of women age 15 to 49 in the country followed chhaupadi. But in Nepal’s midwestern and far western regions, some of the poorest pockets of Asia, the proportion climbed to 50 percent.

Women’s rights activists have desperately tried to end chhaupadi. Nepal’s Supreme Court banned the practice in 2005. Last August, the government went a step further and criminalized it. Anyone who forces menstruating women into huts faces up to three months in jail.

But the law has barely rippled through many villages in western Nepal, and activists say the police are not enforcing it.

Last month, Amba Bohara, 35, and two of her sons — ages 7 and 9 — apparently suffocated in a menstruation hut after lighting a fire to stay warm. Nobody has been arrested in their deaths.

Officials said no men forced Ms. Bogati to follow chhaupadi in her village of Purbichauki, a small outpost in western Nepal. Ms. Bogati’s father-in-law was dead. Her husband, Shankar, was in Malaysia for a job. She stayed more or less on her own, which complicated the task of filing charges, the police said.

“She was alone in her house,” Mr. Dhami said. “Tell us, who should be held responsible for this crime?”

Mr. Dhami said the local government had organized more than 50 programs educating people from Ms. Bogati’s district about the dangers of chhaupadi and its illegality. A few days before her death, Ms. Bogati had attended one of these programs, according to a distant relative, Dirgha Raj Bogati.

That did not stop her from following chhaupadi. One villager, Chandra Bogati, blamed Ms. Bogati for her death.

“She would be alive if she had not gone to the abandoned house to follow chhaupadi and burned the fire,” he said.

Activists said they planned to demolish many menstruation huts starting next month. But Amrita Thapa, a lawmaker based in Kathmandu, Nepal’s capital, said it was hard to imagine the situation improving anytime soon.

On a recent visit to the village where Ms. Bohara and her two children died last month, she found shocking levels of resistance.

“I realized that changing people’s mind-sets and ending chhaupadi was more difficult than hardships we endured while fighting in the war,” she said, referring to a conflict with a Maoist insurgency in Nepal in which thousands of people died.