With Prisoner Swap, Ukraine’s President Inches Toward Peace With Separatists 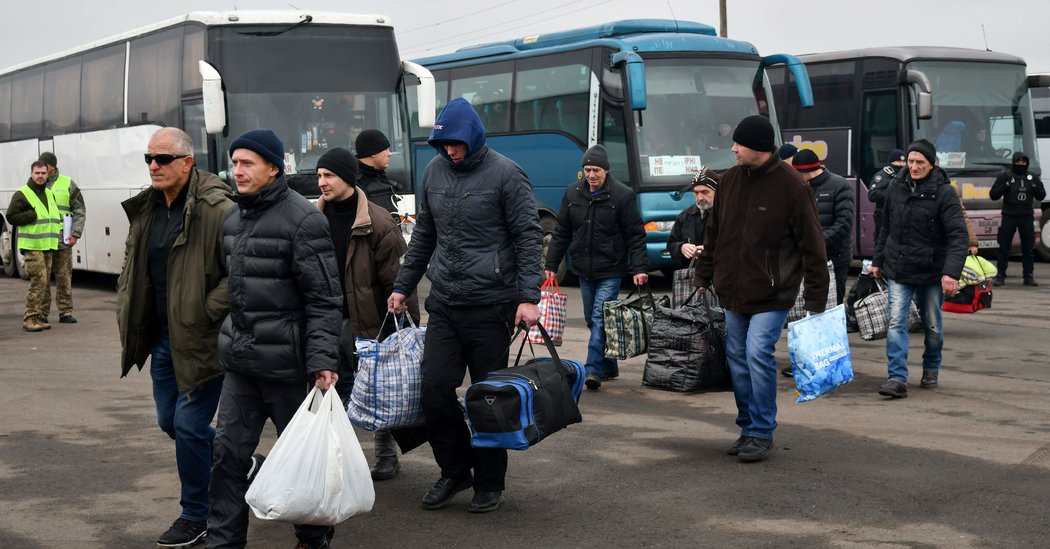 MOSCOW — Ukraine swapped dozens of prisoners on Sunday with Russian-backed separatists in the country’s east, the latest sign of a tenuous thaw in relations between Ukraine and Russia.

The trade was seen as a success for President Volodymyr Zelensky of Ukraine, who has vowed to free all detainees and negotiate a settlement to the conflict in eastern Ukraine. But it came at a high price: to secure its prisoners, Ukraine freed riot police officers who had been accused of shooting protesters during the country’s revolution in 2014, a widely criticized move.

Mr. Zelensky negotiated the swap with President Vladimir V. Putin of Russia this month at peace talks in Paris that otherwise made little headway in resolving the five-year war.

The sides exchanged soldiers, activists and people accused of espionage, some of whom had been languishing in jails for years.

It was in an effort last summer to win American support for such diplomacy that Mr. Zelensky sought a White House meeting with President Trump, who in exchange asked for investigations that could help discredit his political rivals, including former Vice President Joseph R. Biden Jr., a candidate for the 2020 Democratic presidential nomination. The House of Representatives impeached Mr. Trump over his dealings with Ukraine.

With the United States — Ukraine’s principal ally — distracted by impeachment proceedings, Mr. Zelensky entered the settlement talks with Russia with a weakened hand.

But Mr. Zelensky, who won an election in April on a promise to end the war, has nonetheless been inching toward more stable relations with Russia. Mr. Putin, eager to shake Western resolve on economic sanctions, has accommodated with confidence-building steps, like the prisoner swap.

The exchange was initially to be an all-for-all exchange of prisoners, but negotiations unraveled once the lists of detainees were presented.

Some prisoners held by Ukraine declined to take part in a trade that would have sent them to live in the isolated, repressive separatist enclaves in the east known as the people’s republics, preferring to serve out their sentences in Ukraine instead. Ukrainian news media reported that 22 people declined to be traded. In response, the pro-Russia side withheld captives.

Those who were released crossed a road between the front lines that was swathed in mist on Sunday. Soldiers stood guard, a video released by the Ukrainian government showed.

In this swap, as in previous exchanges, detainees became bargaining chips not only to free captives but also to serve strategic goals in the broader conflict.

The pro-Russian side requested the release of five Ukrainian riot police officers held for reasons unrelated to the war — they were accused of 48 counts of murder over shootings on Independence Square in Kyiv, the Ukrainian capital, during mass protests that toppled a pro-Russia president in 2014.

The shootings on the square became a searing moment in Ukraine’s post-Communist history, and families of the victims and Ukrainian nationalists had clamored for years for court convictions that would also become indictments of Russia’s influence in Ukraine.

The men were charged but never convicted, and Sunday’s trade seemingly put them out of reach of justice.

Mr. Zelensky’s policy of rapprochement with Russia has brought a resumption of peace talks, two prisoner releases and an agreement for Russia to ship natural gas to Europe through Ukrainian pipelines, while prompting protests against policies that critics see as caving to Russian demands.