With Big Stars and Plans, Luminary Aims to Be the Netflix of Podcasts 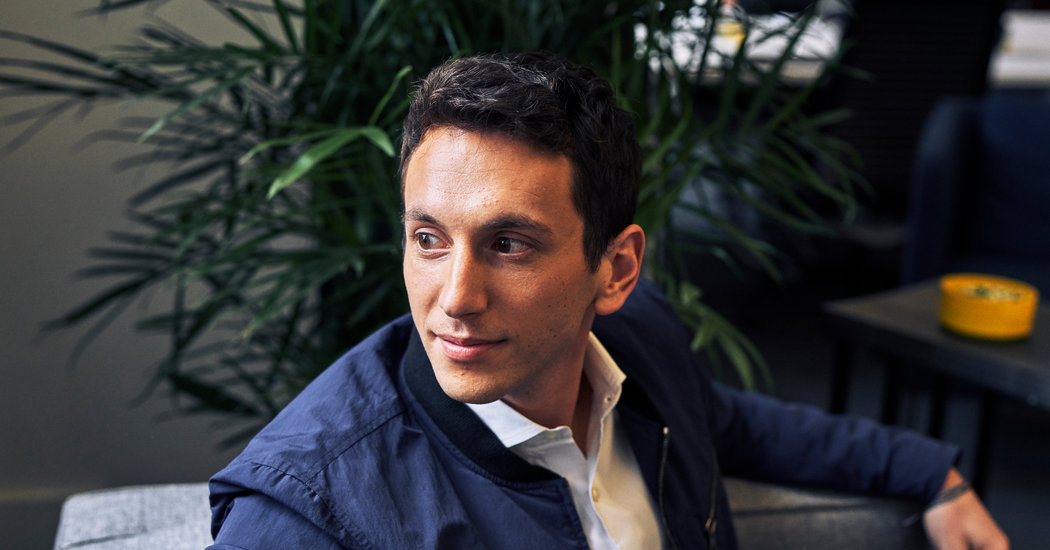 It sounds like the latest programming blitz from Netflix. But this lineup — more than 40 exclusive shows, all without ads — has nothing to do with video. The offerings come from a podcast start-up called Luminary that has emerged from stealth mode to unveil nearly $100 million in funding and a subscription-based business model that it hopes will push the medium into a new phase of growth.

Mr. Sacks, 28, was referring to Guy Raz, known for “How I Built This” and other hit podcasts; Leon Neyfakh, the “Slow Burn” creator and host; and Adam Davidson, a force behind “Planet Money,” the award-winning NPR podcast. All three men have signed on with Luminary for their next shows, which will roll out exclusively on the company’s app in the coming months.

Mr. Raz is working on “Wisdom From the Top,” focused on business and political leaders. Mr. Neyfakh will contribute “Fiasco,” an investigative show that delves into governmental imbroglios. And Mr. Davidson has created “Passion Economy,” a podcast about people who experience strokes of genius, like an Amish farmer with no electricity who makes his business skyrocket with the use of an iPhone.

Most podcasts are free, but the Luminary app — set to arrive by June — will focus on subscriptions. For $8 a month, subscribers will gain access to Luminary’s ad-free lineup. For creators, Luminary is offering large upfront payment guarantees in exchange for exclusive rights to distribute their work, reducing the risk of a concept and, hopefully, encouraging greater creativity and higher production values. Luminary will also pay creators bonuses if their shows reach certain listening thresholds.

“For podcasting to grow, creators must be able to take risks on more conceptual ideas, and the Luminary model provides that comfort,” Mr. Davidson said.

Most podcast creators make money by selling ads. Podcasts are expected to generate $514 million in ad sales this year, a sum projected to rise to $659 million in 2020, according to the Interactive Advertising Bureau and PwC.

As with radio or broadcast television, which are also reliant on ad sales, reaching the biggest audience possible is the goal. As a result, the same kinds of mass-appeal podcasts tend to get made. That means news shows, sports commentary and lots of chat.

Making a living by advertising, as many podcasters have discovered (like YouTube stars before them), is harder than it looks. The scramble is constant. An advertiser could pour in money one month and vanish the next. With podcasting in particular, it is difficult to measure how many people listen to the ads. More podcast apps offer ad-skipping buttons.

The Luminary app will not be totally absent of ads. It will also offer a free area, where listeners can play any of the estimated 600,000 ad-supported and nonexclusive podcasts in the market.

“Matt has figured out a smart and sustainable way to push the business forward — better discovery for listeners, allowing creators to focus on creating the highest-quality content possible and stop worrying about selling ads,” Liza Landsman, a partner at New Enterprise Associates, a venture capital firm that has invested in Luminary, said of Mr. Sacks.

Luminary has 70 employees in New York and Chicago, about 40 of whom are engineers. The company is beginning a marketing campaign on Monday that includes outdoor advertising in New York, Los Angeles and Austin, Tex.

To some degree, of course, all media start-ups think they are going to be the next Netflix. The test for Luminary will come in the execution. And there are plenty of challenges. Subscription-based businesses are hot at the moment, but analysts say that consumers will begin pushing back and asking, How many entertainment services do I really need to be paying for every month?

Apple devices have long dominated the podcast market, despite what analysts describe as a largely ambivalent approach; Apple has improved its podcasting app over the years, but it has never felt like a priority. That could change now that Google has reintroduced a podcast player and music streaming services like Spotify are looking to podcasting for growth.

Last month, Spotify paid a reported $230 million for Gimlet Media, a producer of audio dramas like “Homecoming” and “Crimetown.” Spotify also offers free listening with ads and a premium version for subscribers who pay a $10 monthly fee. And Spotify offers some exclusive podcast shows from stars like Amy Schumer and the rapper Joe Budden.

Other podcast platforms include Stitcher, Pocket Casts, Overcast and Castbox. Among start-ups, Himalaya Media, a San Francisco start-up backed by the Chinese audio giant Ximalaya FM, announced last month that it had raised $100 million and would introduce a podcast-distribution app with exclusive shows and a feature that would allow listeners to leave gratuities. Its stated goal? “To climb to the peak of the global podcast space.”

Mr. Sacks brushed off the competition.

“Just like in the premium television space, there is more than enough room for multiple offerings to thrive,” he said.

“What sets Luminary apart,” he continued, “is our exclusive content right off the bat. Nobody comes close.”

In addition to new shows from people like Ms. Dunham, whose “C-Word” podcast will offer a weekly look at women who have been deemed “crazy” online, Luminary will serve as the new exclusive home for a half-dozen established podcasts. Those include “Under the Skin,” hosted by the British comedian Russell Brand; a popular sex-focused show with an unprintable name created by Corinne Fisher and Krystyna Hutchinson; and Nick van der Kolk’s eclectic interview program “Love and Radio.”

Still, the project that probably best demonstrates where Luminary would like to go is Mr. Mitchell’s new musical.

“Hedwig,” the story of an East German transgender rocker, made its debut Off Broadway in 1998 and became a cultural phenomenon. Mr. Mitchell’s new show, “Anthem: Homunculus,” written with Bryan Weller, is not a sequel, although it contains material that was originally intended for one. The musical is set in a small town and finds Mr. Mitchell’s character battling a brain tumor and running out of insurance. He stages an audio-telethon to raise money for his treatment.

In addition to Ms. LuPone, the cast includes six Tony Award winners, including Glenn Close, who wails a punk song while ostensibly nailed to a cross. Produced by Topic Studios, the company behind the hit podcast “Missing Richard Simmons,” the musical includes 31 original songs and will unspool over 10 episodes, stretching roughly six hours in total.

“I’m very interested in pushing podcasts to a cinematic level of storytelling,” Mr. Mitchell said. “We had other suitors for this project, but none had the imagination of Luminary. Matt understood what I wanted to do immediately.” Also drawing Mr. Mitchell’s attention: Luminary intends to aggressively market individual podcasts to make them feel more like events.

Mr. Sacks grew up in Chicago and studied history at the University of Pennsylvania. When he was a junior, he teamed up with friends to create Splash.FM, a now-defunct social network focused on music discovery.

After a brief stint at Goldman Sachs post-graduation, Mr. Sacks went to work at New Enterprise Associates. In early 2017, he found himself scrounging for smart podcasting investments on behalf of the firm. But he couldn’t find any he really liked.

“Nobody was focusing on content discovery to the degree that I wanted as a consumer: the right person finding the right show at the right time,” he said. “So I decided to build my own.”