Why Slack and Salesforce execs think they’re better together 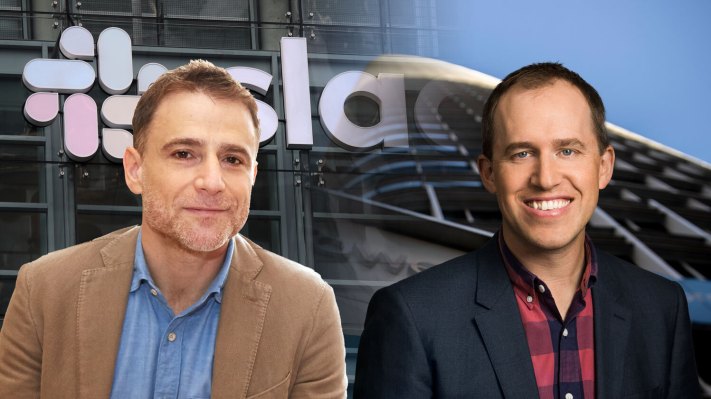 When Salesforce bought Slack earlier this week for $27.7 billion, it was in some ways the end of a startup fairytale. Slack was the living embodiment of the Silicon Valley startup success fantasy. It started as a pivot from a game company, of all things. It raised $1.4 billion, went from zero to a $7 billion valuation to IPO, checking off every box on the startup founder’s wish list.

Then quite suddenly this week, Slack was part of Salesforce, plucked off the market for an enormous sum of money.

While we might not ever know the back (Slack) room maneuvering that went on to make the deal a reality, it is interesting to note that Slack CEO Stewart Butterfield told me in an interview this week that he was not actually trying to sell the company when he approached Salesforce president and COO Bret Taylor earlier this year. Instead, he wanted to buy something from them.

“I actually talked to Bret in the early days of the pandemic to see if they wanted to sell us Quip because I thought it would be good for us, and I didn’t really know what their plans were [for it]. He said he’d get back to me, and then got back to me six months later or so,” Butterfield said.

At that point, the conversation flipped and the companies began a series of discussions that eventually led to Salesforce acquiring Slack.

From the Salesforce perspective, Taylor says that the Slack deal was worth the money because it really allows his company to bring together all the pieces of their platform, one that has expanded over the years from pure CRM to include marketing, customer service, data visualization, workflow and more. Taylor also said that having Slack gives Salesforce a missing communication layer on top of its other products, something especially important when interactions with customers, partners or fellow employees have become mostly digital.

“When we say we really want Slack to be this next generation interface for Customer 360, what we mean is we’re pulling together all these systems. How do you rally your teams around these systems in this digital work-anywhere world that we’re in right now where these teams are distributed and collaboration is more important than ever,” Taylor said.

Butterfield sees a natural connection between what people do in the course of their work, what machines do behind the scenes in these systems of record and engagement and how Slack can help bridge the gap between humans and machines.

He says that by putting Slack in the middle of business processes, you can begin to eliminate friction that occurs in complex enterprise software like Salesforce. Instead of moving stuff through email, clicking a link, opening a browser, signing in and then finally accessing the tool you want, the approval could be built into a single Slack message.

“If you have hundreds of those kinds of actions a day, there’s a real opportunity to increase the velocity, and that has an impact, and not just in the minutes saved by the person doing the approval, but the speed of how the whole business operates,” Butterfield said.

While neither executive said the deal was about competing with Microsoft, it was likely an underlying reason that the companies decided to join forces. They may prove better together than they are separately, and both have complicated histories with Microsoft.

Slack has had an ongoing battle with Microsoft and its Teams product for years. It filed suit against the company last summer in the EU over what it called unfairly bundling of Teams for free with Office 365. In an interview last year with The Wall Street Journal, Butterfield said that he believes Microsoft sees his company as an existential threat. Hyperbole aside, there is tension and competition between the two enterprise software companies.

Salesforce and Microsoft also have a long history, from lawsuits in the early days to making friends and working together when it makes sense after Satya Nadella took over in 2014, while still competing hard in the market. It’s hard not to see the deal in that context.

In a recent interview with TechCrunch, Battery Ventures general partner Neeraj Agrawal said the deal was at least partially about catching Microsoft.

“To get to a market cap of $1 trillion, Salesforce now has to take MSFT head on. Until now, the company has mostly been able to stay in its own swim lane in terms of products,” Agrawal told TechCrunch.

As for Butterfield, while he saw the obvious competition, he denied the deal was about putting his company in a better position to compete with his rival.

“I don’t think that was really an important part of the rationale, at least for me,” he said, adding “the competition with Microsoft is overblown. The challenge for us was the narrative. They’re just good PR or something that I couldn’t figure out,” he said.

While Butterfield cited a list of large clients in enterprise tech, insurance and banking, the narrative has always been that Slack was favored by developer teams, which is where it initially gained traction. Whatever the reality, with Salesforce, Slack is definitely in a better position to compete with any and all comers in the enterprise communications space, and while it will be part of Salesforce, the two companies also have to figure out how to maintain some separation.

Taylor certainly recognizes that Slack’s current customers are watching closely to see how they handle the acquisition, and his company will have to walk a fine line between respecting the brand and product independence on one hand, while finding ways to create and build upon existing hooks into Salesforce to allow the CRM giant to take full advantage of its substantial investment.

It won’t be easy to do, but you can see a similar level of independence in some of Salesforce’s recent big-money purchases like MuleSoft, the company it bought in 2018 for $6.5 billion, and Tableau, the company it bought last year for more than $15 billion. As Butterfield points out, those two companies have clearly maintained their brand identity and independence, and he sees them as role models for Slack.

“So there’s a layer of independence that’s like that [for Mulesoft and Tableau] because it’s not going to help anyone call us Chat Cloud or something like that. They paid a lot of money for us, so they want us to do more of what we were already doing,” he said.

As for the companies coming together, both men see a lot of potential here to merge Slack communications with Salesforce’s enterprise software prowess to make something better, and Taylor sees Slack helping link the two with workflows and automations.

The challenge these two men now face as they move forward with this acquisition, and all of the expectations inherent in a deal this large, is making it work. Salesforce has a lot of experience with large acquisitions, and they have handled some well, and some not so well. It’s going to be imperative for both companies that they get this right. It’s now up to Taylor and Butterfield to make sure that happens.