A year ago, Facebook-owned WhatsApp officially introduced its standalone app aimed at small business customers. Today, the WhatsApp Business app has grown to reach 5 million business customers, the company says. And now it’s making the app easier to use on the desktop and the web by porting over several of the most popular features that were previously available only on mobile.

These include tools to organize and filter chats, as well as to quickly reply to customer inquiries.

Quick Replies, as the latter feature is called, lets businesses respond to common questions from customers with pre-written replies. It’s similar to a feature Facebook introduced several years ago, then called “Saved Replies,” that allowed business owners with Facebook Pages to respond to customers with canned messages.

On WhatsApp Business, you can trigger the quick replies by press the “/” button on your keyboard.

The feature joins several other customer service features, like automated greeting messages that are triggered when the customer pings the business account, or away messages that can be scheduled for those times when you’re not able to immediately answer new inquiries. 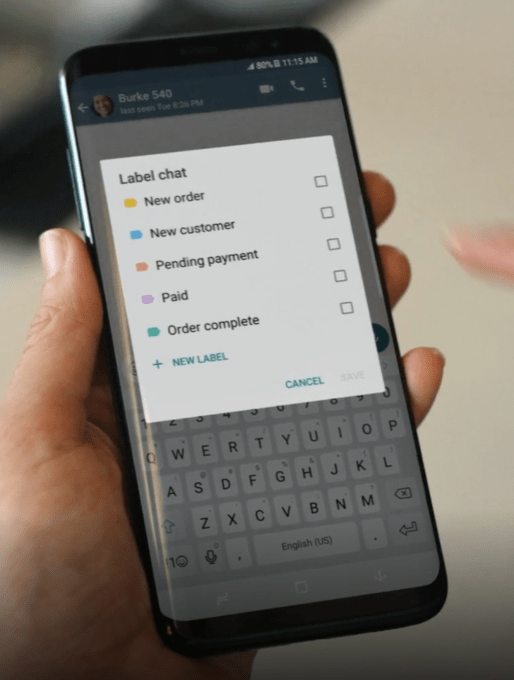 The other two features now rolling out to web and desktop users are labels and chat list filters.

The former lets you organize contacts using labels, and the latter lets you filter chat list by categories like unread messages, groups, or broadcast lists. Like Quick Replies, these were previously available on mobile.

The idea, the company explains, is to make it easier on business owners who are working from their computer – sending invoices, scheduling appointments, and responding to customer inquiries. They shouldn’t have to turn to their phone to use these sorts of basic customer service features.

The new web and desktop features are rolling out today, says WhatsApp.