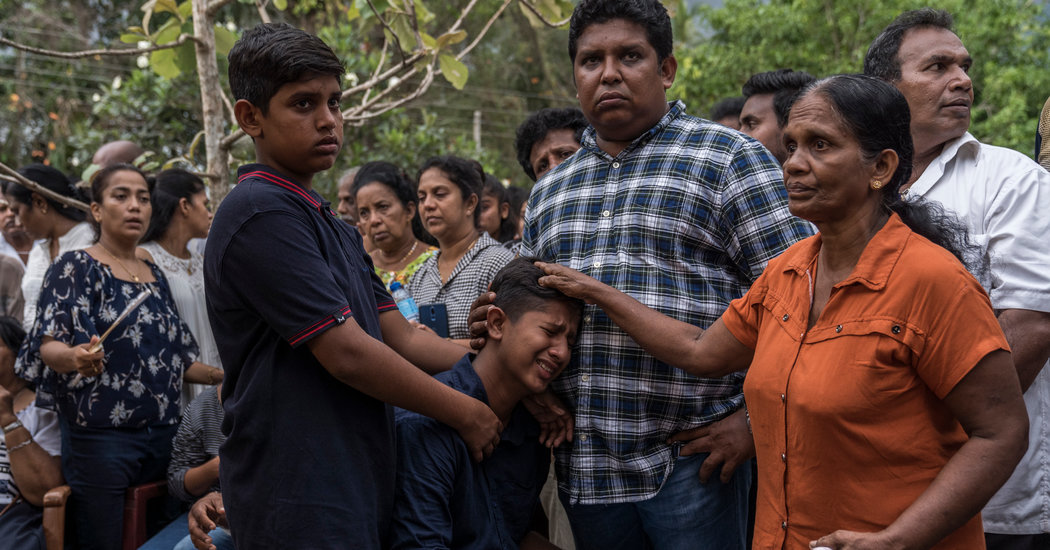 • The leader of Thowheeth Jama’ath, Mohammed Zaharan, is a known extremist who has spent time in both India and Sri Lanka, and who in recent years has preached hateful messages online.

• The Sri Lankan government acknowledged that more than 10 days before the attacks, a foreign intelligence agency gave the country’s security officials a detailed warning of a possible threat to churches by Thowheeth Jama’ath.

• That the country’s security agencies did not aggressively act on the warnings is being called a “colossal failure on the part of the intelligence services” and has created a crisis for the government.

• Within hours of the bombings, Sri Lankan security services arrested at least 24 suspects, suggesting the government knew where key members of Thowheeth Jama’ath could be found. The group was under surveillance, and the authorities had learned as far back as January that radical Islamists possibly tied to the group had stockpiled weapons and detonators.

• A forensic analysis of body parts found that most of the attacks had been carried out by lone bombers, but that two men had attacked the Shangri-La Hotel in Colombo.

• One of the suicide bombers was arrested a few months ago on suspicion of having vandalized a statue of Buddha, a highly provocative act in Sri Lanka, a Buddhist-majority island nation in the Indian Ocean.

• In Washington, intelligence and counterterrorism analysts were scrutinizing possible ties between the Islamic State and the attackers, but as of Monday afternoon had not reached any definitive conclusions.

What we know about who was killed and where

• The attacks took place at three churches and three hotels on Sunday morning in three separate cities across the island. Two more explosions happened in the afternoon in and around Colombo, one at a small guesthouse and the other at what was the suspects’ apparent safe house. Three officers searching for the attackers were killed in that blast.

• The deadliest of the explosions appeared to be at St. Sebastian’s Church in Negombo, about 20 miles north of Colombo, where at least 104 were killed.

• At least 28 people were killed at the Zion Church in Batticaloa, on the other side of the island on its eastern coast. St. Anthony’s Shrine, a Roman Catholic church in Colombo, was also attacked with an unknown number of dead. Witnesses described “a river of blood” there.

• In addition to the Shangri-La, the Cinnamon Grand and the Kingsbury hotels, also in Colombo, were attacked.

• At least 36 of the dead were foreigners, several of them American, the authorities said. Others were British, Chinese, Dutch, Indian, Portuguese, Japanese and Turkish citizens, according to officials and news reports.

What we don’t know about the attacks

• How a small, obscure group that was previously best known for desecrating Buddhist statues managed to pull off sophisticated, coordinated attacks.

• What international terrorist network or networks, if any, helped with the attacks.

• The names of the suicide bombers and the 24 people being held in connection with the attacks.

• Why Catholics appear to have been singled out in the bombings in a Buddhist-majority nation with a sizable Hindu minority.

• Why the authorities failed to take substantial steps to try to prevent an attack after receiving reports of an imminent threat.

• What the effect of the failure to stop the attacks will have on Sri Lanka’s government, where the president and prime minister were already engaged in a bitter feud.

• How many of the approximately 500 wounded people were in critical condition, and what the final death toll might be.