What Is Trump’s Iran Strategy? Few Seem to Know 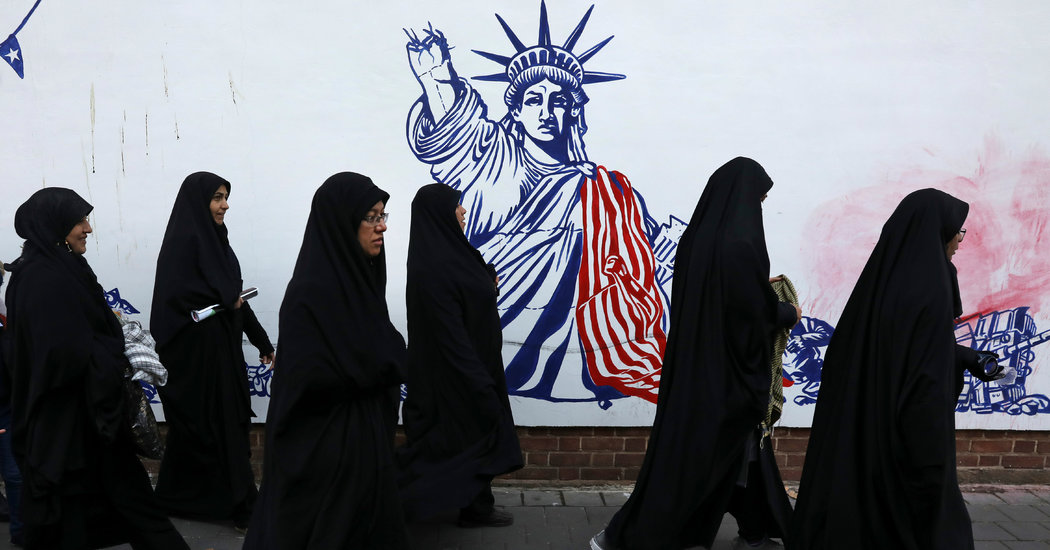 When the United States announced on Friday that it had killed Maj. Gen. Qassim Suleimani, something about its explanation left many analysts puzzled.

The strike was intended to deter further Iranian attacks, administration officials said. But they also it was also expected to provoke severe enough attacks by Iran that the Pentagon was deploying an additional several thousand troops to the region.

The apparent contradiction left many experts wondering about the strike’s intended goal, and the strategy behind it.

The next day did little to settle the matter. The strike had been intended to prevent an imminent Iranian attack, officials said publicly. Or to change the behavior of Iran’s surviving leaders. Or to cow those leaders, whose behavior would never change.

Others said privately that President Trump had ordered it in response to television reports of an Iranian-backed siege on the American Embassy compound in Baghdad.

Mr. Suleimani’s killing has left a swirl of confusion among analysts, former policymakers and academics. The United States had initiated a sudden, drastic escalation against a regional power, risking fierce retaliation, or even war.

“There’s not a single person that I’ve spoken to who can tell you what Trump is up to with Iran,” said Ellie Geranmayeh, an analyst at the European Council on Foreign Relations.

It’s not that experts or foreign officials suspect a secret agenda, but that the administration’s action fit no clear pattern or long-term strategy, she said. “It just doesn’t add up.”

The killing, many say, deepens the uncertainty that has surrounded Mr. Trump’s ambitions toward Iran since he withdrew the United States from the 2015 nuclear accord and began a series of provocations that he terms maximum-pressure.

The risk, experts say, is that if they cannot figure out the administration’s goals and priorities for Iran, its red lines and points of possible compromise, then foreign governments won’t be able to either.

“Absolutely not,” Ms. Geranmayeh said when asked whether European or Middle Eastern officials, whom she speaks with regularly, understood Mr. Trump’s strategy. “Not even the closest U.S. allies, like in London.”

This imposes a layer of confusion on the conflict, just as it enters a dangerous and volatile new chapter, inviting mixed messages and misread intentions.

“If it’s that hard for us to understand, imagine the Iranians,” said Dalia Dassa Kaye, who directs a Middle East policy center at RAND Corporation, a nonpartisan research group.

Mixed signals, she said, make any effort to shape an adversary’s behavior “incredibly ineffective.” Uncertainty about Mr. Trump’s intentions also increases risks that the conflict could spiral out of control.

Without a clear understanding of what actions will lead the United States to ramp up or ramp down hostilities, she said, Iranian leaders are operating in the dark — and waiting to stumble past some unseen red line.

“That’s what makes this a dangerous situation,” she said.

Part of the uncertainty is specific to Mr. Trump. His impulsive style and resistance to accepting difficult trade-offs have made his goals on Iran difficult to parse.

He has cycled between ambitions of withdrawing from the Middle East, positioning himself as a once-in-a-generation peacemaker and, more recently, promising to oppose Iran more forcefully than any recent president has.

He has also been pulled between his advisers, with some urging cautious adherence to the status quo and others arguing for overtly topping Iran’s government.

Mr. Trump’s reputation for distortions and untruths have also made it difficult to separate bluster from agenda-setting.

He took the United States out of the nuclear agreement and imposed sanctions against Iran — which some see as setting off a crisis that continue today — on claims that it was “on the cusp” of acquiring nuclear weapons “in just a short period of time.”

But international inspectors and United States military leaders said that Iran was complying with requirements to freeze its nuclear development.

Without a clear explanation for Mr. Trump’s behavior, anyone whose job requires forecasting the next American action — from foreign head of state to think tank analyst — was left guessing.

Deepening the challenge, the administration followed up with a set of demands that included some nuclear restrictions but focused mostly on Iran’s regional influence and proxy forces, ordering Tehran to sever ties to nearly all of them in a sweeping surrender.

Was this the real agenda? If so, what were the plans for winning each demand, and the metrics for measuring whether those plans were working? How would the administration balance competing priorities?

United States diplomacy has emphasized calls for peace but has conspicuously declined to offer what diplomats call “offramps” — easy, low-stakes opportunities for both sides to begin de-escalating, which are considered essential first steps.

“There’s been no talk of, say, ‘If you do this, then we’ll bring back waivers,’” Ms. Kaye said, referring to American waivers allowing other countries to buy Iranian oil. “‘If you do X, then you’ll get Y.’ There’s been nothing tangible like that.”

Throughout months of proxy conflict, American military responses have ranged from muted or nonexistent — as in the case of an attack on Saudi oil facilities that was believed to be the work of Iran — to extreme escalations like killing Mr. Suleimani.

Even if each action might be defensible on its own, experts and foreign officials have strained to match them with a consistent set of motives and objectives.

Suspicions have deepened that there may be no long-term strategy at all, even among those sympathetic to Mr. Trump’s policies.

R. Nicholas Burns, a senior State Department official under President George W. Bush, wrote on Twitter that the United States might have had a “legitimate right” to kill General Suleimani.

But, he asked, “has Trump considered next 15 moves on chessboard? How to protect our people? Line up allies to support us? Contain Iran but avoid wider war? My guess is he hasn’t.”

Stumbling in the Dark

Ms. Geranmayeh stressed that the conflict between the United States and Iran also threatens to draw in a host of Middle Eastern and European countries.

To navigate tensions and avoid worsening them, allies and adversaries alike must astutely judge American intentions and anticipate American actions.

All of them, she said, seemed at a loss.

“Most experts and officials that I’ve spoken to from the Middle East, including close allies — Saudi Arabia, Israel — they also can’t tell you with confidence what Trump wants on Iran,” she said.

Saudi Arabia and the United Arab Emirates had already been ramping down tensions with Iran, Ms. Geranmayeh said, “because they have no idea how Trump will behave from one week to the next” and fear getting caught in the middle.

Similar confusion in Tehran, she added, could become “the biggest problem.”

“If Trump is not managing a consistent and clear message to the Iranians about what he wants,” she said, “then this opens up a lot of space for a lot of miscalculation.”

The most important question, Ms. Kaye said, is what steps by Iran might cause Mr. Trump to pull back. “There’s not an understanding about what is the end game, what is the U.S. trying to achieve, when will the Trump administration be happy, and enough is enough,” she said.

And while judging what will provoke American escalations against Iran is not straightforward, she said, those escalations have come steadily enough as to seem almost inevitable.

“Action on the ground has been continuously punitive,” she said.

Brett McGurk, who until last year was the administration’s special envoy to the coalition against the Islamic State, warned his former bosses, in an article for Foreign Affairs, that their maximalist demands had left “no plausible on-ramp for Iran to enter negotiations, since nobody, including the Iranians, knows what Iran is supposed to negotiate about.”

Ms. Kaye said Iran might conclude that it should tread with extreme caution. Or it might reason that the United States poses a threat that is both existential and unyielding, compelling Tehran to gamble on taking extreme measures.

“What I’m concerned about is that mixed signals, plus the perception of existential threat,” Ms. Kaye said, “might lead to dramatic steps that we might not have thought possible.”