‘We Were Friends, and Then We Started Killing Each Other.’ India Recalls Partition. Carefully.

AMRITSAR, India — How do you memorialize a holocaust that even now, seven decades after it took place, may still not be entirely safe to talk about?

In 1947, as the British prepared to pull out of India, they put pen to map and, with a last bit of swagger from a fading colonial power, severed the country in two, creating Pakistan.

What happened next as authority collapsed and more than 10 million Hindus, Muslims and Sikhs scrambled to get to the right side of the new borders is recorded in witness accounts at the Partition Museum here in Amritsar.

Sudarshana Kumari watched a mob impale her 1-year-old cousin on a spear. Amol Swani’s father held a can of fuel and some matches, instructing her to set herself afire if rioters broke into their home. And A. K. Anand saw terrified families fleeing villages by foot, in ox carts and on horseback, along roads littered with corpses picked apart by dogs and bloated from the rain.

The exact toll is unknown, but historians estimate that between a few hundred thousand and two or three million people died.

That was 70 years ago, but the ghosts of partition and the descent into chaos that followed it still hover over the country, and over Amritsar, the Indian city near the border with Pakistan where the museum opened in 2017. The city is dotted with Hindu temples, and tourists flock to see the palatial Sikh gurdwaras — but of the vibrant Muslim community that once lived here, there is little trace.

The mere decision to open the museum, the first devoted to the partition, was fraught. For decades, a project of this kind was hard to imagine. Discussion of partition was left largely to academia.

Some witnesses interviewed for the exhibits went most of their lives without telling their own children that they had fled across the new border. Few wanted to revisit those months of mayhem, kidnap, rape and murder, when neighbor turned on neighbor, mobs set trains carrying refugees on fire and many hands were bloody.

And there was little encouragement for survivors to talk about what happened, said Faisal Devji, a professor of Indian history at the University of Oxford.

“In the early years of independence,” he said, “the governments of India and Pakistan discouraged any recounting of partition’s violence, both so as to protect the religious minorities who might be blamed for it and to place a positive halo around the achievement of freedom.” 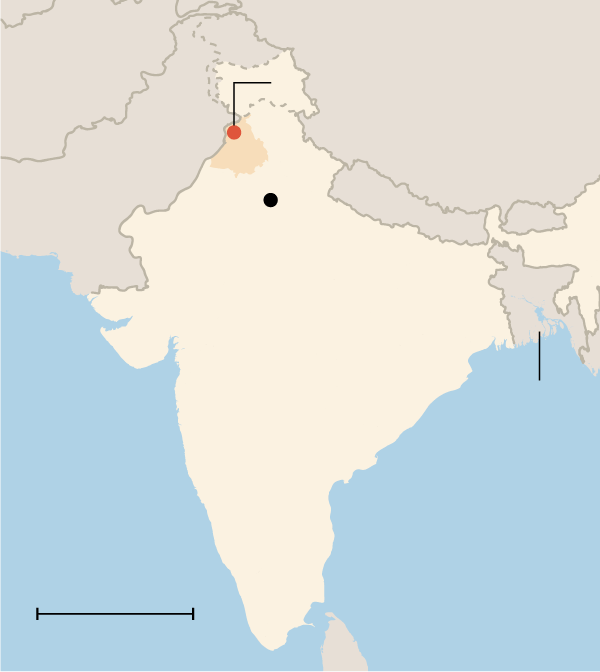 As eyewitnesses die off, however, there has been a push in recent years to record their recollections. Record — but not necessarily share.

In 2009, Guneeta Singh Bhalla, a researcher in the United States, began interviewing survivors. Then that effort became the 1947 Partition Archive, a geographically more ambitious project in which scholars and volunteers have conducted more than 7,500 interviews.

Worried, however, that releasing some of the interviews might endanger participants — even after all these decades, and though most of the people who recounted their experiences were now in their 70s, 80s and 90s — researchers decided to limit access to the tapes, said Ms. Bhalla, executive director of the archive.

“After consultation with experts at Holocaust memorials and psychologists here in India and Pakistan, as well,” she said, “we have concluded it would be irresponsible to put certain oral histories out in the open via YouTube.”

Emotions remain raw. Some Indians like Kartar Singh, a broad and work-worn Sikh who is 88, wonder if the country can ever really heal.

In a village of golden-tipped rice fields near Amritsar, Mr. Singh slid to the edge of a rope cot and recalled the Sikh mobs that had chased Muslims from his small community with knives and guns. When one Muslim man refused to leave India, instead kneeling in the dirt and facing Mecca, a Sikh rioter decapitated him, he said.

“My soul was shot,” Mr. Singh said through sobs. “We were friends, and then we started killing each other.”

At the Partition Museum, curators say they chose to take an unblinking look at the horrors of 1947, though not one unsympathetic to the people who were swept up by the passions.

Mallika Ahluwalia, the museum’s chief executive, said merely displaying the collection in a city with a history like Amritsar’s invited a reckoning.

In the fighting after partition, more than a third of the city’s buildings were destroyed and its Muslim population declined from nearly 50 percent to less than 1 percent. In the previous decades, the British had stoked tensions in the city among religious groups.

“You have people flogging Indians,” Ms. Ahluwalia said. “You have them being made to rub their noses in the dirt. They are being tortured until they give false testimony.”

One result was a rift between Hindus and Muslims that lasted to 1947 and beyond. India today still walks on eggshells, fearful of violent flare-ups between religious groups.

Each month, about 25,000 people visit the museum. They watch the videotaped interviews. They stare down a mock well like the one into which women jumped to their deaths to evade capture during the violence. They linger in a jail cell once used to hold Indian independence fighters.

The exhibits put a human face to tragedy.

There are letters between two childhood friends, one a Hindu in India, the other a Muslim in Pakistan, who pine for the days when they lived as neighbors, unencumbered by a border that forced them to communicate through “the cold lifeless medium of the written word.”

And there are the items people carried as they trekked through monsoon rains to squalid refugee camps in new lands: a chipped food tin, a wedding sari, a woman’s winter coat.

Most visitors who lived through partition have the same reaction as they wind through the exhibits, said the manager of the museum, Rajwinder Kaur: “They cry.”