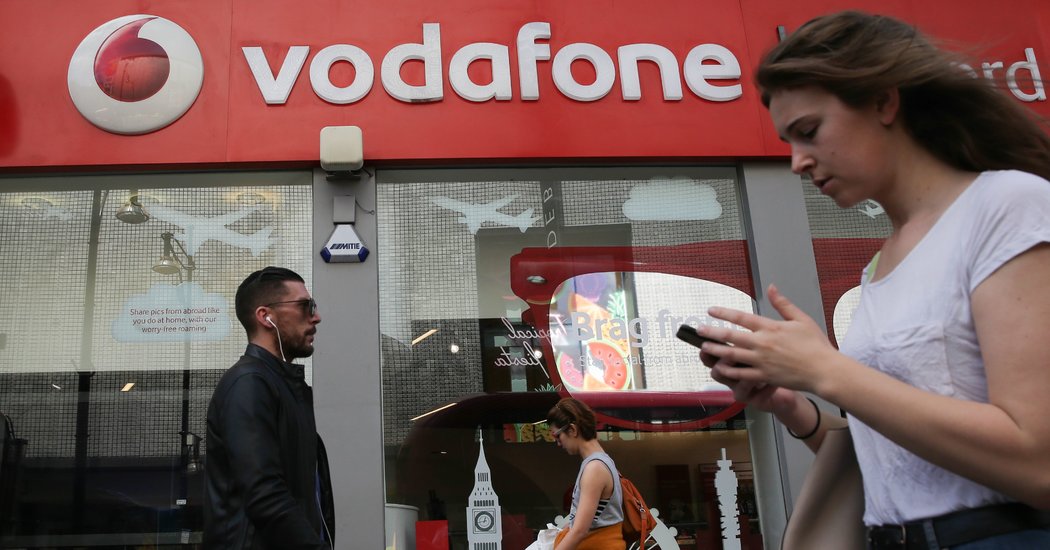 LONDON — The Chinese telecommunications giant Huawei was dealt another blow on Friday when one of the world’s largest wireless carriers suspended its purchases from the company in Europe over security concerns about its ties to the Chinese government.

Vodafone Group, which is based in London, said it would temporarily stop buying Huawei equipment for core parts of its next-generation wireless networks, known as 5G. Nick Read, Vodafone’s chief executive officer, said the pause was necessary while European governments considered whether to ban the use of Huawei equipment.

Mr. Read said Vodafone’s decision reflected political factors rather than any newly discovered security vulnerabilities. Huawei has been dogged by a campaign led by United States officials, who have argued that Beijing could use the company’s gear for spying.

“The noise level is at an unhealthy level across Europe,” Mr. Read said during a conference call with reporters.

Europe has become a key battleground for Huawei, the world’s largest supplier of telecommunications equipment. The region is the company’s second-largest market after China, largely because of lucrative partnerships with carriers that, in addition to Vodafone, include BT Group, Deutsche Telekom and Telefonica. In contrast to its strained relationship with the United States, Huawei has also enjoyed strong ties to European governments, thanks in part to investments it has made throughout the region.

The United States has pressured its European allies to increase their scrutiny of Huawei. The American authorities have cited moves by President Xi Jinping of China to take more control of the country’s economy and the enactment of laws that could require network operators to defend Chinese national security interests.

Last month, Canada detained a Huawei executive, Meng Wanzhou, a daughter of the company’s founder, at the request of the United States on charges that she participated in a scheme to violate sanctions against Iran. Federal prosecutors in Seattle are also investigating Huawei over allegations of intellectual property theft.

Suspicions about Huawei have led countries like Britain, France and Germany to re-evaluate their relationships with the company. A Huawei employee was arrested and charged with espionage in Poland this month. (The company fired the employee shortly after he was arrested.)

Vodafone’s announcement followed one last month by BT to remove Huawei gear from parts of its network. Deutsche Telekom has also said it is re-evaluating its relationship with suppliers to account for the growing security concerns.

Getting boxed out of the 5G market in Europe would be painful for Huawei. Wireless companies in the region plan to spend billions of dollars to upgrade their networks to 5G, a potential windfall for suppliers of equipment for the underlying infrastructure.

“Vodafone and Huawei are long-term strategic partners that have worked together since 2007,” Huawei said in a statement. “We are grateful to Vodafone for its support of Huawei, and we will endeavor to live up to the trust placed in us.”

Vodafone said its decision would be limited to equipment at the core of its network that handles much of the sensitive data related to calls and internet traffic. The company will continue to rely on Huawei for ancillary gear like cellular antennas.

Mr. Read called Huawei a “strong partner” and expressed frustration about the debate over the possible security threat it posed. “I don’t think everyone is being clear enough and being fact based,” he said. He added that Vodafone would continue to use Huawei as it hadin other markets, including Africa.

He also warned that if regulators imposed a broad ban on Huawei that affected antennas and other equipment, it would delay the introduction of the faster networks in Europe. Such a move, he said, “would have significant financial costs, have significant customer disruption and would ultimately be delaying the 5G launch in many countries.”