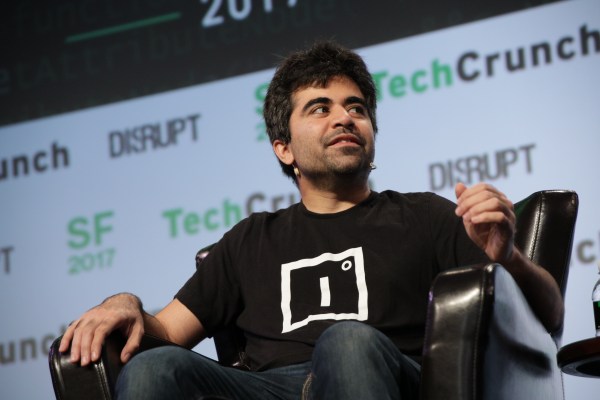 A pair of highly-funded gaming unicorns are publicly skirmishing and the deal could have major repercussions for game developers.

Today, UK-based cloud gaming startup Improbable, announced that Unity, a hugely popular game development engine, had terminated their license, effectively shutting them out from one of their top customer sources. If permanent, the license termination would be a significant blow to Improbable, which enables studios to host large online multiplayer games across multiple servers. The gaming startup has raised more than $600 million from top investors like Softbank, Andreessen Horowitz and Horizons Ventures.

Just how many Improbable customers utilize Unity as their game engine of choice through the SpatialOS GDK is unknown, but the two platforms do share some similarities in appeal among small teams looking to innovate. “Unity is a popular engine and that popularity extends to the people using our [game development kit],” an Improbable spokesperson told TechCrunch. Improbable’s SpatialOS platform also runs on the Unreal Engine and CryEngine and can be designed to work with custom engines.

So, how’d this happen?

The way Improbable told it this morning, Unity changed their Terms of Service last month and then, without warning, pulled the rug out from under them. That’s not how Unity sees it though, the company penned a terse blog post in response, alleging that Improbable was well aware that they were in violation of the ToS.

“More than a year ago, we told Improbable in person that they were in violation of our Terms of Service or EULA. Six months ago, we informed Improbable about the violation in writing. Recent actions did not come as a surprise to Improbable; in fact, they’ve known about this for many months,” the post reads.

Unity developers using SpatialOS spent the day complaining about the move and wondering whether their projects in development would have to be completely reshaped. While the folks at Improbable also seemed unsure about this detail, Unity clarified in its blog post that SpatialOS projects that were live and in production would still be supported.

Unity’s Terms of Service isn’t exactly the most lucid reading material, but the section in question titled Streaming and Cloud Gaming Restrictions seems to lay out a fairly clear rebuke of what Improbable does.

The vagueness of the language does seem to give Unity broad discretion to wield the hammer.

The question, then, is why Improbable seems to have been targeted. Asked for comment, a Unity spokesperson referred us to their blog post. The answer probably lies in the “partnership” that both Unity and Improbable elude they were in the process of reaching, i.e. Unity likely wanted Improbable to pay up if they were going to be hosting the Unity Runtime on Improbable servers, but the two couldn’t come to an agreement.

Epic Games CEO Tim Sweeney, whose company operates the rival Unreal Engine, seemed to rebuke Unity on Twitter, suggesting that engines need to be more transparent in the governing rules they establish.

This highlights a point: In the ecosystem like Unreal, Unity or Godot, companies live and die by the ground rules that are established. Devs have put years of their lives into building something, and nothing is worse than changing the rules and confiscating their investments.

Regardless, it now appears that Improbable realizes they may have pissed off the wrong powerful partner.

In a much more contrite blog post published later this afternoon, the team wrote, in part:

We apologize that this event we instigated has created so much uncertainty, confusion and pain for so many developers who really do not deserve this…

As a platform company, we believe humility and introspection are critical responses to the suffering of your community, however it comes about. We invite every company involved in today’s discourse to do a little of that.

We also invite Unity to participate in this broader thinking with us, whatever the outcome of our misunderstanding. You are an incredibly important company and one bad day doesn’t take away from all you’ve given us. Let’s fix this for our community, you know our number.

It sounds like Improbable became well aware throughout the course of the day that they are going to have be the ones to compromise here.