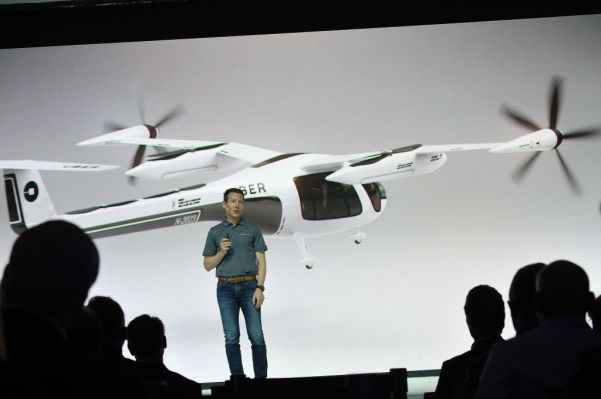 Uber has offloaded its air taxi enterprise Elevate to Joby Aviation, the last of several moonshots to be sold by the ride-hailing company in a pursuit to stick to its core business and reach profitability.

The transaction announced Tuesday is part of a complex deal that includes Uber investing $75 million into Joby and an expanded partnership between the two companies. Last year, Uber and Joby, which is developing an all-electric, vertical take-off and landing passenger aircraft, signed on as a vehicle partner for Uber’s Elevate initiative. Joby was the first partner to commit to deploying air taxi services by 2023.

The $75 million investment comes in addition to a previously undisclosed $50 million investment made as part of Joby’s Series C financing round in January 2020, Uber said. To date, Joby Aviation has raised $820 million. Uber has invested a total of $125 million into the startup.

Under the deal, which is expected to close in early 2021, the two parent companies have agreed to integrate their respective services into each other’s apps.

“Advanced air mobility has the potential to be exponentially positive for the environment and future generations,” Uber CEO said Dara Khosrowshahi said in a statement. “This deal allows us to deepen our partnership with Joby, the clear leader in this field, to accelerate the path to market for these technologies.”

While Joby is considered one of the leaders, Elevate did play a role in shaping the nascent industry, including establishing some of the benchmarks used by competitors.

“The team at Uber Elevate has not only played an important role in our industry, they have also developed a remarkable set of software tools that build on more than a decade of experience enabling on-demand mobility,” Joby Aviation CEO JoeBen Bevirt said in a statement.”These tools and new team members will be invaluable to us as we accelerate our plans for commercial launch.”

One year ago, Uber’s business model could be categorized as an “all of the above approach,” a strategy to generate revenue from all forms of transportation, including ride-hailing, micromobility, logistics and package and food delivery. The COVID-19 pandemic and Khosrowshahi’s focus on profitability prompted the company to dump its moonshots and double down on delivery with its acquisition of Postmates.

Today, Uber is a company focused on ride-hailing and delivery while keeping its hand in micromobility, logistics and autonomous vehicles through a series of deals struck in 2020.

The Joby-Elevate terms are similar to two other Uber deals this year. In spring, Uber led a $170 million funding round in micromobility startup Lime. As part of the deal, Lime acquired Uber’s micromobility subsidiary Jump. The majority of Jump’s 400 employees were laid off. Earlier this week, autonomous vehicle startup Aurora Innovation reached an agreement with Uber to buy the ride-hailing firm’s self-driving unit in a complex deal that will value the combined company at $10 billion.

Just like the Uber’s deals with Lime and now Joby, Aurora isn’t paying cash for Uber ATG, a company that was last valued at $7.25 billion. Instead, Uber is handing over its equity in ATG and investing $400 million into Aurora, which will give it a 26% stake in the combined company, according to a filing with the U.S. Securities and Exchange Commission.

Uber said October that it sold off a $500 million stake in its Uber Freight business to an investor group led by New York-based investment firm Greenbriar Equity Group. The deal valued the unit at $3.3 billion on a post-money basis. Uber has maintained its majority stake in Uber Freight unlike the Jump, Elevate and ATG deals.