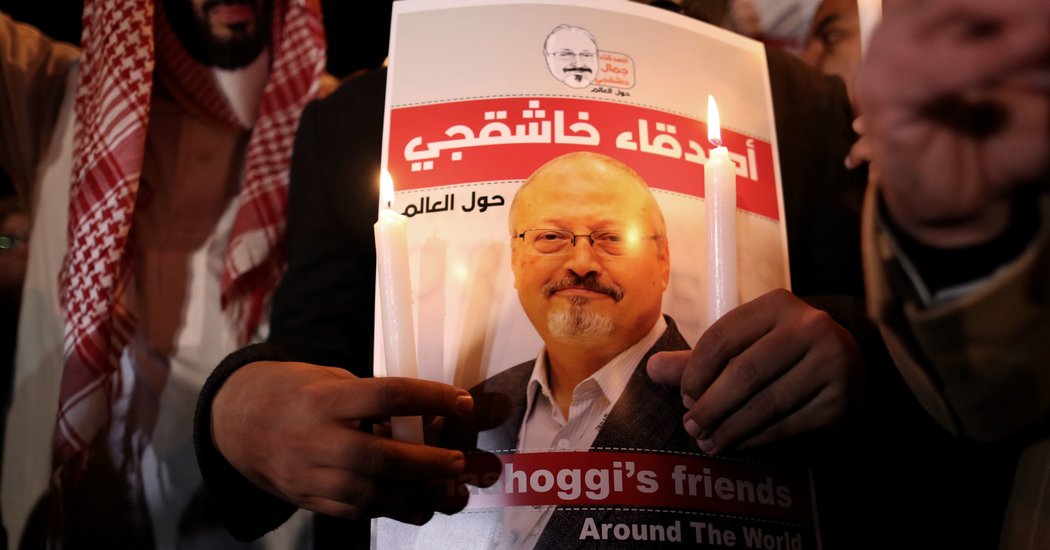 RIYADH, Saudi Arabia — An expert from the United Nations human rights office will look into the death of Jamal Khashoggi, a Saudi dissident and Washington Post columnist killed in October by Saudi agents, the agency said on Friday.

Agnès Callamard, the special rapporteur for extrajudicial, summary or arbitrary executions, will lead the inquiry into the killing of Mr. Khashoggi at Saudi Arabia’s consulate in Istanbul and will report her findings in June, the Office of the United Nations High Commissioner for Human Rights announced.

She “will review and evaluate, from a human rights perspective, the circumstances surrounding the killing of Khashoggi,” the office said in a statement, and “will assess the steps taken by governments to address and respond to the killing, and the nature and extent of states’ and individuals’ responsibilities for the killing.”

As special rapporteur, Ms. Callamard’s role is to examine any allegations of extrajudicial executions on her own authority, without specific further authorization from the human rights commissioner’s office or any other United Nations body.

Her inquiry does not amount to a formal, independent investigation of the kind the United Nations has ordered in the past, notably into the assassination of former Prime Minister Benazir Bhutto of Pakistan in 2007. But it is a first step that might lead to a some fuller United Nations examination of the case.

It was not clear whether the announcement would satisfy Turkey, which has called on the United Nations to launch a full independent, international investigation in the Khashoggi case.

Ms. Callamard’s investigation will begin with a trip next week to Turkey, aided by Helena Kennedy, a British lawyer, member of the House of Lords and former official at the University of Oxford; and Duarte Nuno Vieira, a leading expert in forensic medicine and professor of medicine at the University of Coimbra in Portugal.

American intelligence agencies have concluded that Prince Mohammed bin Salman, Saudi Arabia’s 33-year-old crown prince and de facto ruler, personally ordered the assassination of Mr. Khashoggi, a Virginia resident who was killed and dismembered, and whose remains Turkish investigators have yet to find. After a briefing on the issue by the director of the Central Intelligence Agency, the Senate passed a resolution publicly holding the crown prince responsible.

Saudi Arabia has said it is conducting its own investigation into the killing, and Saudi officials have said their initial inquiry has indicated that the leader of a team of agents on the ground in Istanbul — not the crown prince — decided to kill Mr. Khashoggi. The kingdom has said it has arrested 21 people in connection with the killing and this month it reportedly began prosecuting 11 of them. The kingdom has said it is seeking the death penalty for five of those defendants but has not named any of them.

President Recep Tayyip Erdogan of Turkey has charged that the killing was ordered at the highest levels of the Saudi royal court, arguing that Saudi judges or other officials subordinate to the court cannot credibly determine who was responsible. Mr. Erdogan is a rival of Prince Mohammed and a friend of Mr. Khashoggi, and Turkish officials have sought to maximize the international attention on the killing in an apparent attempt to stigmatize or weaken the prince.

Ms. Callamard told Reuters she would begin her investigation next week with a five-day trip to Turkey. Among other things, she said, she would examine “the nature and the extent of states’ and individuals’ responsibilities for the killing,” according to Reuters.