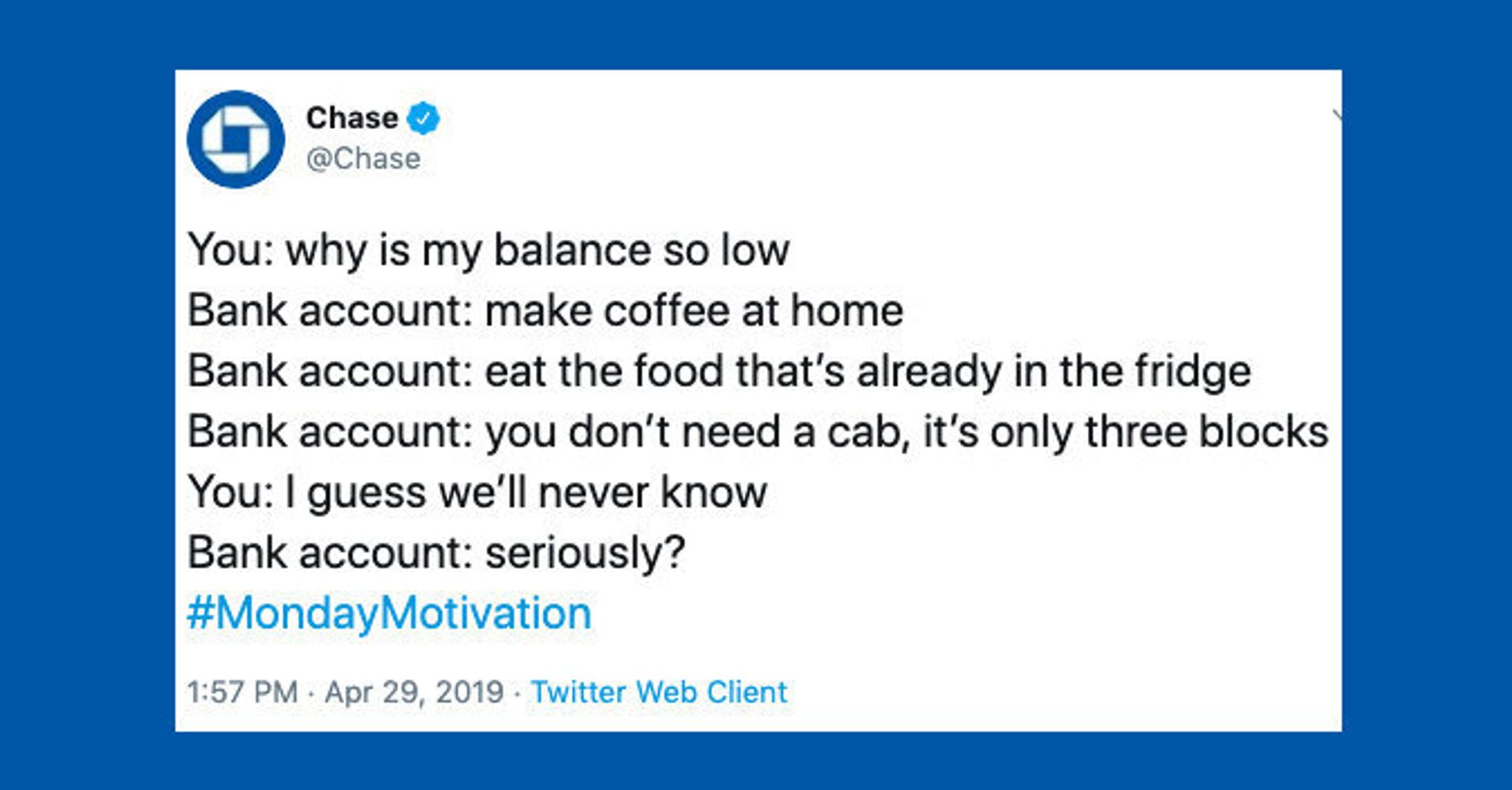 Few things on the internet will draw rapid-fire snark like a major corporation trying to appropriate millennial culture. But when that corporation manages also to insult its non-wealthy customers with a hypocritical and cringeworthy attempt at humor, you better believe all bets are off.

That’s exactly what Chase Bank did on Monday by tweeting in a popular meme format about customers with low account balances. Yahoo Finance managing editor Colin Campbell managed to screenshot the message before it was deleted less than 30 minutes later.

And let’s not forget that less than three weeks ago, Rep. Katie Porter (D-Calif.) ripped Dimon apart when he couldn’t explain how one of his own employees ― a bank teller and single mom who earns only $2,425 per month in Southern California ― could reasonably address a $567 shortfall in her bare-bones monthly budget. Pretty sure she couldn’t make that up by spurning lattes!

Unsurprisingly, the hypocrisy and condescension were not well-received, and Twitter users let Chase have it. Here are some of the best responses to the tone-deaf tweet, including one from Sen. Elizabeth Warren (D-Mass.).