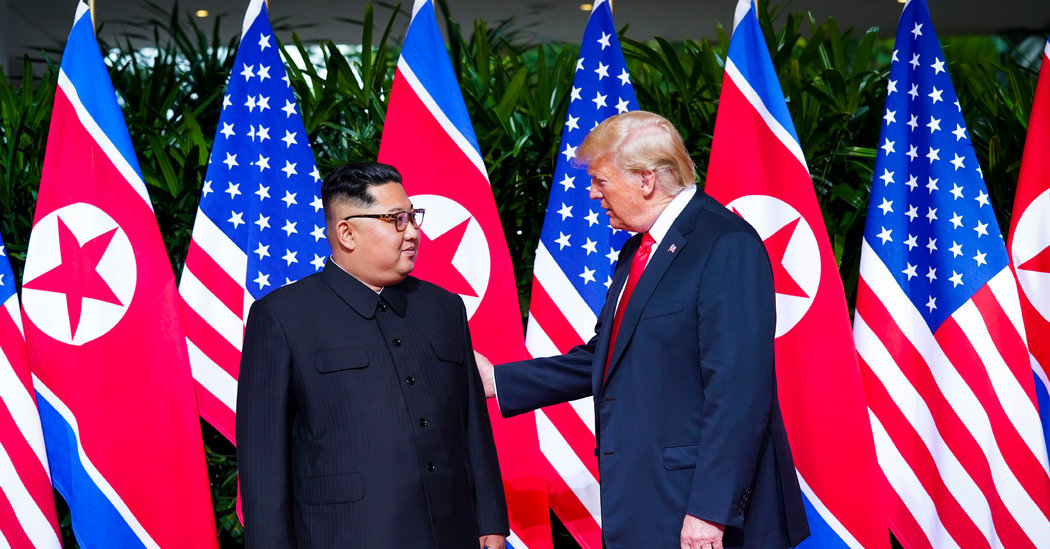 The announcement came after Mr. Trump met for 90 minutes in the Oval Office with Kim Yong-chol, the former North Korean intelligence chief who has acted as the chief nuclear negotiator for Mr. Kim.

The White House press secretary, Sarah Huckabee Sanders, said the date and the location of the meeting would be announced later, suggesting that the two sides were still haggling over the site or other logistical details. Vietnam, Thailand and Hawaii have all been mentioned as potential sites.

The very fact that Mr. Trump is agreeing to a second summit meeting with Mr. Kim, after North Korea’s failure to begin denuclearization following their first meeting in Singapore last June, is a sign of how quickly the president has backed away from his initial insistence on fast action by Pyongyang.

The first step the North Koreans were expected to take after the June meeting was a detailed inventory of their nuclear assets. That was to include the number of weapons they have produced — variously estimated at 20 to 60 — the locations of those weapons, any nuclear materials used to produce new weapons and a detailed list of their missiles and missile launchers.

The United States wanted to use the list to truth-test the North, comparing it to what American intelligence agencies have gathered over the past 30 years. But the North Koreans have complained to Secretary of State Mike Pompeo and other visiting Americans that the inventory would amount to a targeting list, telling the United States what to attack should Mr. Trump ever order a pre-emptive strike.

For months that issue produced a stalemate in diplomatic talks, along with the American insistence that major steps toward denuclearization would have to precede any initial lifting of sanctions.

But in November, Vice President Mike Pence began to loosen the conditions, telling NBC News that North Korea did not have to turn over its inventory in order to secure a second meeting with Mr. Trump. At the time, Mr. Pence seemed to acknowledge that the Singapore meeting had resulted in agreements so vague that they allowed the North to drag its feet.

“I think it will be absolutely imperative in this next summit that we come away with a plan for identifying all of the weapons in question, identifying all the development sites, allowing for inspections of the sites and the plan for dismantling nuclear weapons,” Mr. Pence said, noting that it was time to “see results.”

This month, Mr. Kim spent three days in Beijing, where President Xi Jinping of China and his wife, Peng Liyuan, hosted a dinner for Mr. Kim and his wife, Ri Sol-ju. The visit coincided with what is believed to be Mr. Kim’s 35th birthday, though North Korea has never confirmed that date.

During previous visits to China by Mr. Kim, Mr. Trump has complained that Mr. Xi was encouraging the North Korean leader to drive a hard bargain with the United States over his nuclear weapons.