Trump agrees to reopen the federal government through mid-February 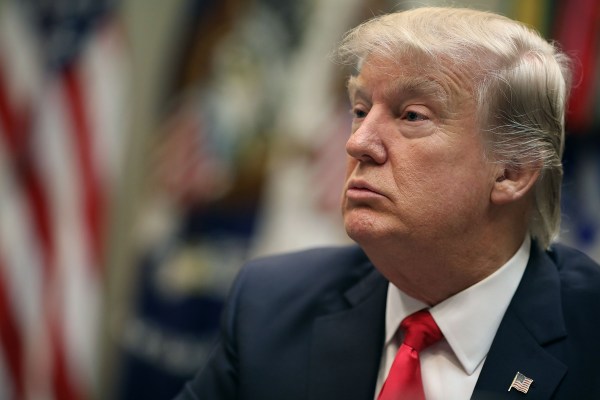 On Friday, President Trump announced his intentions to back off of his demand for border wall funding, allowing the federal government to reopen for three weeks through February 15. The president touted the decision to reopen the government as a deal in spite of his failure to obtain a multi-billion-dollar agreement toward a physical perimeter for the southern border.

At 35 days, the federal shutdown has been the lengthiest to ever grind the U.S. government to a halt. Under the current terms of the proposal, the federal government would re-open, bringing hundreds of thousands of federal employees back to work, as negotiations around a border wall compromise take place. It would also provision back pay for the roughly 800,000 federal workers who have missed paychecks as part of the ordeal.

The Senate is expected to bring the proposal to reopen the government to a vote soon, with the House likely to quickly follow suit. While Trump’s decision on Friday shows the president backing down, he again raised the spectre of declaring a national emergency if his demands are not met.

Often framed as a political standoff between House Speaker Nancy Pelosi and the president, the shutdown resulted in far-reaching potential consequences for American safety, from unpaid TSA agents to understaffed intelligence agencies unable to monitor and respond to ongoing cybersecurity threats.

Though less consequential, companies have also seen their IPO plans put on ice, waiting out the shutdown to see how to proceed. Even with the government poised to reopen, the SEC remains clogged up with a pile of IPO filings that must be processed before companies can move forward with their plans, making for an unpredictable landscape for companies like Uber, Lyft, Cloudflare and other big-name anticipated 2019 IPOs. Even with the government reopening, a three-week window might not offer enough stability for companies eager to set the paperwork into motion.

Between lapsed cybersecurity and derailed IPO timelines, it may be some time before we know the true damage that the nearly month-long shutdown caused, but the implications will likely stretch well beyond the considerable emotional and financial toll on workers and their families.