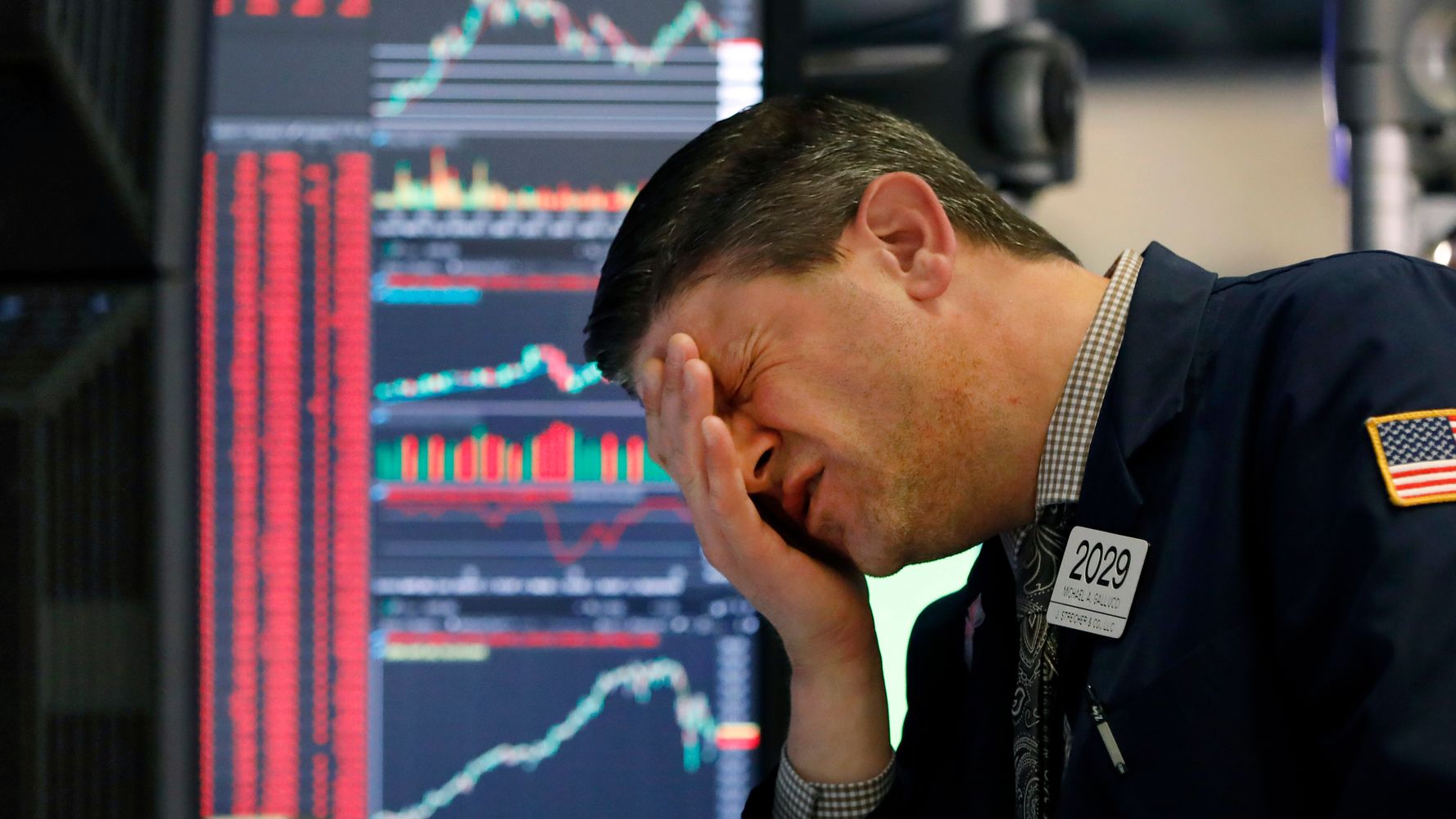 NEW YORK (AP) — The sell-off bludgeoning financial markets around the world got even worse Thursday as the economic pain caused by the coronavirus became more painfully clear. Worries are rising that the White House and other authorities around the world can’t or won’t do what’s needed to help soon.

After the Dow Jones Industrial Average closed in a bear market for the first time in more than a decade, President Donald Trump said late Wednesday he would restrict travel to Europe in hopes of containing the virus. It’s the latest hit for an airline industry already battered by frightened travelers cancelling plans, and market losses accelerated around the world as Trump spoke while giving few details about a big stimulus program that could help.

The S&P 500 dropped about 7% within the first few minutes of Thursday’s trading, steep enough to trigger an automatic halt to trading on the New York Stock Exchange. The index is set to join the Dow in entering a bear market after losing more than 20% from its record set last month, and one of the greatest eras in Wall Street’s history is crumbling.

The damage was worldwide and eye-popping. European stocks tumbled 8%, even after the European Central Bank pledged to buy more bonds and offer more help for the economy. In Thailand and the Philippines, stocks fell so fast that trading was temporarily halted. Japan’s Nikkei 225 sank to its lowest close in four years.

Not only has the degree of the market’s drop in recent weeks been breathtaking, so has its speed. If the S&P 500 remains under 2,708.92, which looks very likely, it would be the fastest that the index has fallen from a record to a bear market since World War II, according to CFRA.

It was just two days ago that the S&P 500 soared nearly 5% amid hopes that big stimulus from the U.S. government could arrive soon to help cushion the economic blow from the virus. Trump’s pitch for a cut in payroll taxes has hit resistance on Capitol Hill, though, and hopes dissipated after Trump’s Wednesday remarks from the Oval Office, where he blamed the “foreign virus.”

“The market judgement on that announcement is that it’s too little too late,” said Michael McCarthy of CMC Markets. “And while travel restrictions on people coming from Europe are good from a health point of view, from the point of view of the economy, it’s very, very bad news.”

Investors know that stimulus from governments and central banks around the world won’t solve the COVID-19 crisis, which global health authorities declared a pandemic Wednesday. Only the containment of the virus can do that. But those measures could help support to the economy in the meantime, and investors fear things would be much worse without them.

For most people, the new coronavirus causes only mild or moderate symptoms, such as fever and cough. For some, especially older adults and people with existing health problems, it can cause more severe illness, including pneumonia.

The vast majority of people recover from the new virus, but the fear is that COVID-19 could drag the global economy into a recession as quarantines and other measures force companies to close shop and worries about the virus scare customers away.

Many analysts say markets will continue to swing sharply until the number of new infections stops accelerating. More than 126,000 people in more than 110 countries have been infected.

Treasury yields, which were one of the first markets to sound the alarm on the economic risks of the virus, fell in morning trading. The yield on the 10-year Treasury fell to 0.67% from 0.82% late Wednesday.