Tourists Drowned at Pool in Spain Because They Couldn’t Swim, Police Say 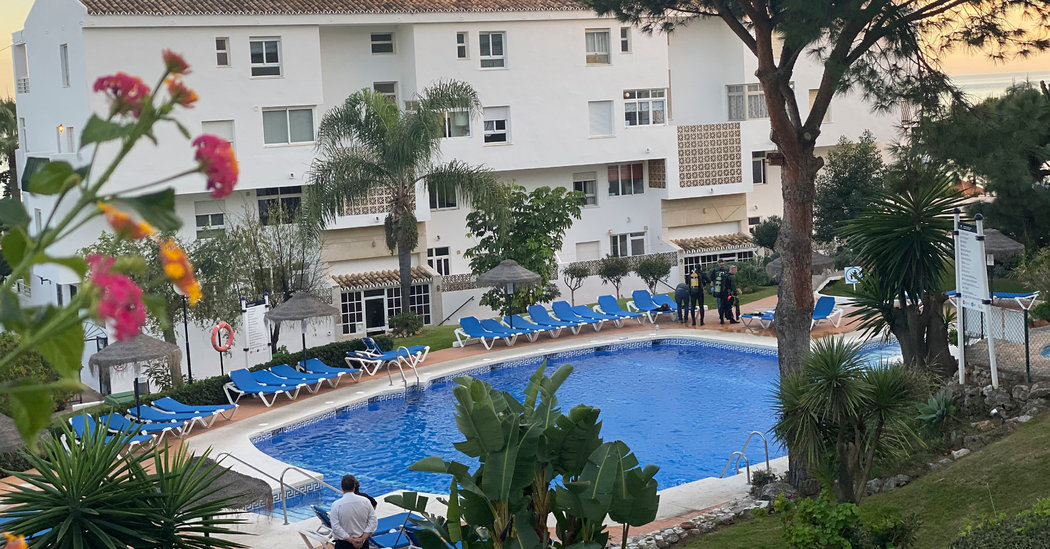 LONDON — The deaths of a father and two children who drowned in a swimming pool at a resort in southern Spain this week were “a tragic accident” that came about because none of the victims knew how to swim, the authorities said on Friday, in a conclusion that was quickly challenged by a family member.

The victims, including a 9-year-old girl and a 16-year-old boy, were tourists on a family vacation at a resort in Mijas, in the Costa del Sol.

The family’s three children, including the two who died and a 14-year-old girl, had been bathing in the shallow end of a pool at about 1:30 p.m. on Tuesday while their parents sunbathed, according to a statement by the Civil Guard, a Spanish police force.

The 9-year-old at some point moved into deeper water and could not get out. Her brother, the 16-year-old, tried to help but then found himself also in trouble, prompting the father to jump in, the statement said. None of the three could swim, the police said.

A church in Britain, the Redeemed Christian Church of God, said in a statement that the victims included a pastor, Gabriel Diya, 52, who had worked at Open Heavens, a branch of the organization in Charlton, southeastern London, along with one of his daughters, Comfort Diya, and his son, Praise-Emmanuel Diya.

Mr. Diya’s wife, Olubunmi, said in a statement Friday that all three knew how to swim. She said that the children had used steps to enter the pool, “but found themselves dragged into the middle, which was deeper and called for help when they could not get out.”

“I believe something was wrong with the pool that must have made swimming difficult for them at that point in time,” she said. “By the time assistance came, the three of them were under the water.”

She added that investigations by the Spanish police were “still ongoing.”

The father and daughter were British citizens and the teenage son was American, the authorities said. The five members of the family were said to have arrived at the resort, the Club La Costa World, on Sunday.

“He was a loving husband and devoted father,” the statement from the church said. “He was also a humble, friendly and committed pastor and Christian leader.”

Jorge Martín, a spokesman for the civil guard in Spain, said by telephone on Friday that the water was about six and a half feet deep at the pool’s deepest point.

An initial report that a resort employee who entered the pool during the episode had also struggled to get out suggested that there might have been a problem with the pool’s filtration or drainage systems, Mr. Martín said.

That led to suspicions that a malfunction might have sucked the three victims underwater, but the police statement said that investigators had checked the equipment at the resort and found no problems.

Mr. Martín said the employee had clarified that he had had trouble exiting the pool because he was trying to retrieve the bodies.

Samples of the water were also taken and were being analyzed, the statement said, but autopsies found no evidence of chemical intoxication and ruled the cause of deaths as drowning.

The civil guard said that the deaths were “a tragic accident caused by the victims’ lack of expertise in swimming when they found themselves in a deep area of the pool where they could not put their feet down.”

The operator of the resort, CLC World Resorts and Hotels, said that the company was providing care and support to the family and other guests. The authorities “have carried out a full investigation and gave formal permissions to reopen the pool as they found no concerns relating to the pool or procedures in place,” the company said in a statement.

Experts warn that even if children are confident in the water, vigilance is needed whenever they go swimming. For those who cannot swim competently, arm’s-length supervision is recommended.

Nicole Hughes, a teacher in Tennessee, has been an advocate for legislation to provide more barriers around pools since her 3-year-old son, Levi, drowned while on vacation in Alabama in 2018. She told The New York Times in July that it was frighteningly simple for accidents to happen.

“We took water safety very seriously — if you’d given me a list of 1,000 reasons one of my kids would die, drowning would have been the 1,000th,” Ms. Hughes said at the time.

The numbers back up the warnings. According to the Centers for Disease Control and Prevention, about 10 people die in the United States by accidental drowning every day, two of them children under 14.