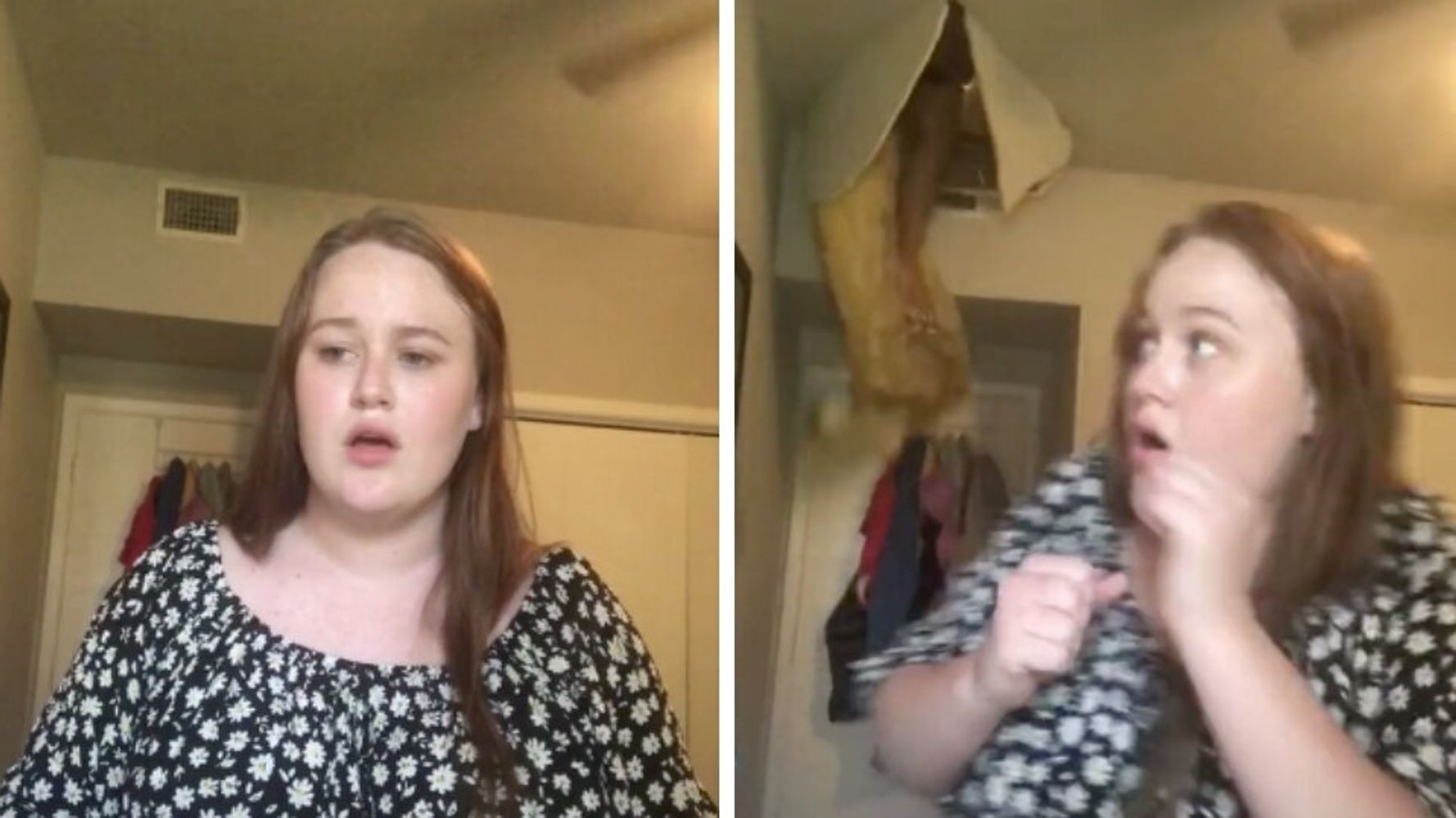 Well, this is a trip.

A viral TikTok video has received over 5.5 million views after a mom — or, rather, a mom’s leg — makes an extremely memorable cameo.

The 10-second video, which is captioned “live footage of my mom telling me to break a leg,” begins with a woman singing. After a few moments of the seemingly tame footage, the left corner of her ceiling suddenly bursts open and out flops … a leg.

“Oh my God!” the singer can be heard shouting as the leg limply dangles between bits of loose insulation and broken drywall.

Liz San Millan, the singer in the viral footage, told BuzzFeed News that she’s currently staying at her parents’ house, but goes to a school for musical theater in New York. She was practicing for an upcoming audition as her mother was rummaging through their attic looking for luggage for her daughter’s move back to the city when she tripped and fell.

“Right before she fell, you can see the irritation in my face due to her banging around while she knew I was filming,” San Millan told BuzzFeed. “There are wooden beams in the attic that you’re supposed to step on, but she tripped and stepped right into my ceiling.”

San Millan said that her mom was not injured in the incident — “Not even a scratch,” she told the outlet — but there’s still a big, gaping hole in her ceiling.

Due to the surprising nature of the short video, many TikTok users had a lot fun responding to it in the comments.

“She was like wow she sounds good let me hear her a little better,” said one user.

“Your backup dancer is really good,” said another.

But perhaps one user summed it up best when they wrote: “When she found out you could sing, she was floored.”