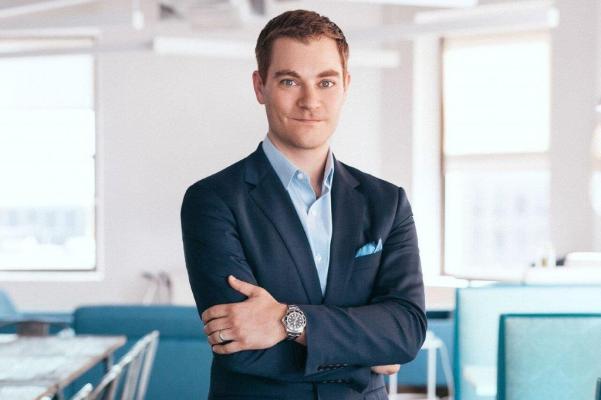 Few outside of the food service industry know about Olo a 13.5-year-old, New York-based mobile and online ordering platform for 250 restaurant chains, from Applebee’s to Cheesecake Factory, Chipotle to Denny’s, and Jamba Juice to Chili’s.

Tiger Global has been tracking the company’s growth, however. In fact, in a new secondary transaction, Tiger just snapped up $18 million worth of employees’ equity.

Olo isn’t talking about at what valuation, but founder and CEO Noah Glass notes that the company’s previous investors — RRE Ventures, Core Capital, and the Raine Group, among them — have collectively provided Olo with $63.3 million in primary funding. And they didn’t sell a share to Tiger.

Seemingly, Olo’s traction has given them reason to hang tight to their holdings in the company. According to Glass, more than 100 million orders were processed on Olo’s platform last year — the same amount that had been processed by the platform across the first 12.5 years of the company’s existence. Olo has also outlived or outgrown many of its earlier competitors like Onosys, a company that was acquired by Living Social and later acquired again by another competitor called Splick.it, a smaller, Boulder, Co.-based outfit.

Not last, Olo, which sells it customizable tech stack as a subscription offering to its customers, is benefiting from numerous trends, including that people are increasingly eating restaurant food outside the establishments’ walls. According to the research firm NPD Group, close to half of dinners purchased from a restaurant are now consumed at home, partly because it can be cheaper and faster to eat at home, partly because there’s more entertainment at home (think Netflix), and partly because of the rise of on-demand delivery services like Uber and Postmates.

Indeed, Olo’s technology is largely responsible for enabling customers like Shake Shack to integrate third-party delivery services into their own point-of-sale systems, so that when an order comes through from, say, DoorDash, Shake Shack’s customized Olo software can not only process the sale but help find a just-in-time delivery person to pick it up and take it to the customer.

We talked with Glass at length yesterday to learn more. For a much deeper dive into how the whole thing works (we find it kind of fascinating ourselves), keep reading. Our conversation has been lightly edited for length

TC: You started this company back in 2005, two years before the iPhone was announced. How? Why?

NG: I’d been working for Endeavor Global, which is sort of like a venture firm with a high-impact, nonprofit model, and I got to see and work with a lot of smartphone developers who were working on software before we called them apps. I thought then that we’d all have smart phones, and that when we did, it would make e-commerce possible in on-demand ways.

That insight is what led to the first prototype, which I showed to [venture capitalist] David Frankel, now of Founder Collective. He said, ‘If you believe in this enough to go for it and quit your job and withdraw your admission to Harvard Business School,” where I was headed, “I’ll give you half a million dollars to get started.” When I launched in NYC, i think under 5 percent of the population had a smartphone or mobile web on a mobile device, so we brought the service to life through text-message ordering first, then it evolved to include the mobile web, then apps.

TC: And now Tiger is in the Olo business. Why stage a secondary?

NG: We’re in a very good place from a balance sheet perspective, but we now have 175 employees, with around half in engineering and then a big customer success team. And some of them have been with the company for 10-plus years. They’re true believers, and we wanted to reward them for that long-term loyalty.

TC: Olo sells software as service to fast-casual restaurants that don’t want to build their own enterprise software to take online orders. But you’re also involved in delivery. Can you explain how?

NG: First, about three years ago, we launched a service called Dispatch that enables our brands to take orders, then get the order delivered without having to do delivery themselves. We partnered with various delivery service providers to create a network, basically, and we’ll find the nearest or cheapest courier to deliver to the customer just in time. We can do that because we know how long it take for a meal to be prepared based on our deep integrations with our customers, so food is getting picked up at its peak quality, and then it takes 12 to 13 minutes on average for it to be delivered to someone’s front door.

TC: And you charge that delivery provider a fee per transaction, sort of like a finders fee.

We also have a service called Rails that enables third parties like DoorDash and Postmates and Amazon Restaurants to send orders through our API to keep things simpler operationally at the restaurants we serve. Every order comes in through the same point-of-sale system.

TC: So you aren’t competing with a DoorDash in any way but rather partnering with it.

NG: Right. We view DoorDash as another source of demand, and that’s a good thing for our restaurants. It drives more orders.

We have to play the role of Switzerland. If restaurants want to work with Amazon or with Caviar, that’s fine. We’ll work with anyone. We’re a common carrier. We could never say, “We’re only going to work with these two” third parties.

TC: How much are you charging your customers, and how long are your agreements with them?

NG: A typical agreement is 36 to 60 months on average, and it’s transactional SaaS, so we charge a fee per month per store — think of it as around $100 per month — then a small fee per transaction for our core ordering platform.

TC: You must have tons of data. What percentage of diners are picking up food versus having it delivered?

NG: More than 90 percent are customers picking it up. Delivery accounts for just 3 percent at this point. It has huge growth ahead of it if you think about it. What’s more convenient than going to a restaurant and picking food up than having it magically come you?

TC: But it comes to you at an added cost. If we enter into a longer recession, how does the picture change? How are your customers impacted?

NG: First, officially we work with restaurants that have 10 units or more, though we make exceptions to that rule every now and then and the goal is to be able to work with small chains and independent restaurants some day.

And for the restaurants we work with, a recession could be an accelerant. We saw this in 2008, with more customers choosing to use digital ordering and save time instead of preparing food at home or heading to restaurants for a dining experience. Fine dining will take a hit in a recession, but [our customers] are selling every day lunch and dinner choices, and when you have families where both parents are working and you can get a meal curbside for often less than it costs to cook, that’s compelling.

TC: Do you sell the data you’re collecting from your transaction volume or might you someday?

NG: We make zero revenue from our data today and if we did anything, it would only be with aggregated, anonymized data. But we haven’t done anything with it [to date], including because it’s a precious commodity and also because we’e very restricted in our contracts with what we can do. We do give our customers all the same data as if they built their own software.

TC: But you can see things that no one else can see. Any trends you can share?

NG: We can see that the first Monday after New Year’s is the biggest day for every organic salad chain, whereas at the end of the year, people are eating burgers and pizza and chicken wings and burritos. You see the same thing play out each week. People start the week eating healthy food. By the end of the week, it’s barbecue-ville.

TC: Before you go, is Olo profitable?

NG: We’re not in a place of worrying about raising more money. We have no need for primary capital where we are. We’e big believers in this company as an independent company, and we’re building it until we’re ready to have some kind of [exit] event. We think that’s in the cards if we keep doing what we’re doing.