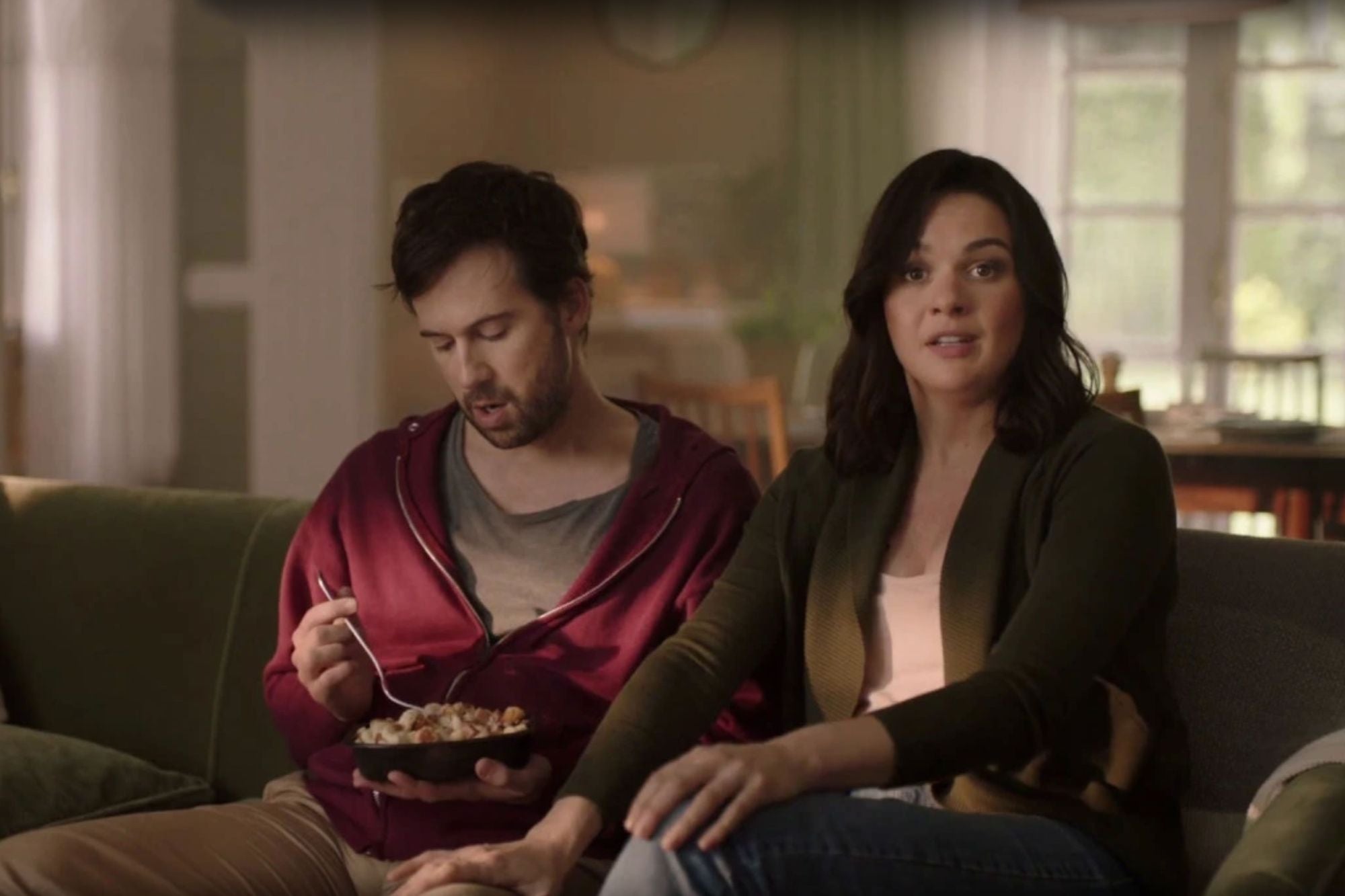 Devour, a Kraft Heinz brand launched in 2016, has tested limits in its marketing campaigns from the very start, with a “Food You Want to Fork” tagline and a commercial featuring a boss finding his employee “spanking” his office lunch with a fork.

The company’s new ad proved too racy to air in its entirety during the Super Bowl, but Devour has reportedly worked with CBS to agree on a tamer 30-second version. It also launched an accompanying food-porn hotline in the name of satire. Upon dialing 1-83-FOODPORN, you’ll hear a sultry woman’s voice whisper, “Hey, Saucy … Are you ready for some oral pleasure?” Pressing different numbers will bring you you to dirty-sounding descriptions of the company’s different products, such as Buffalo Chicken Mac & Cheese.

The uncensored version ends with a dejected warning from the man’s girlfriend: “This addiction can happen to anyone. It’s hard to resist.” Devour follows that up with its new tagline: “Never just eat, Devour.”