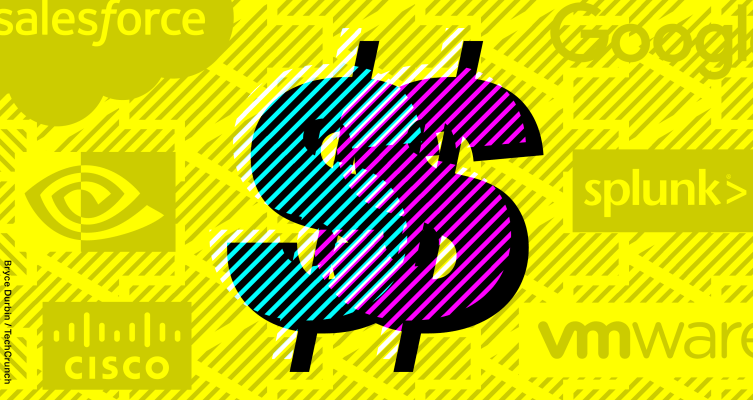 It would be hard to top the 2018 enterprise M&A total of a whopping $87 billion, and predictably this year didn’t come close. In fact, the top 10 enterprise M&A deals in 2019 were less than half last year’s, totaling $40.6 billion.

This year’s biggest purchase was Salesforce buying Tableau for $15.7 billion, which would have been good for third place last year behind IBM’s mega deal plucking Red Hat for $34 billion and Broadcom grabbing CA Technologies for $18.8 billion.

Contributing to this year’s quieter activity was the fact that several typically acquisitive companies — Adobe, Oracle and IBM — stayed mostly on the sidelines after big investments last year. It’s not unusual for companies to take a go-slow approach after a big expenditure year. Adobe and Oracle bought just two companies each with neither revealing the prices. IBM didn’t buy any.

Microsoft didn’t show up on this year’s list either, but still managed to pick up eight new companies. It was just that none was large enough to make the list (or even for them to publicly reveal the prices). When a publicly traded company doesn’t reveal the price, it usually means that it didn’t reach the threshold of being material to the company’s results.

As always, just because you buy it doesn’t mean it’s always going to integrate smoothly or well, and we won’t know about the success or failure of these transactions for some years to come. For now, we can only look at the deals themselves.