The Tech That Will Invade Our Lives in 2020 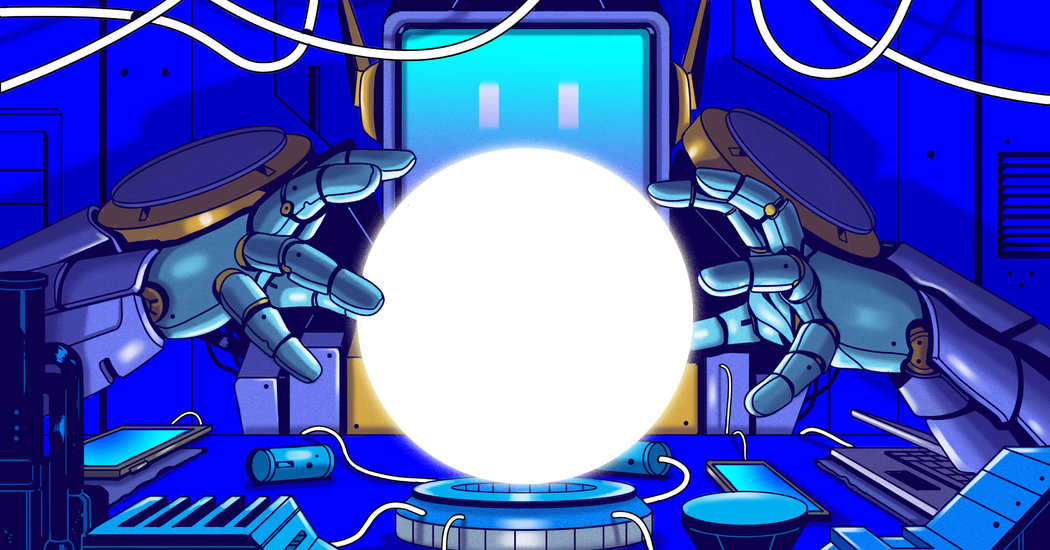 The 2010s made one thing clear: Tech is everywhere in life.

Tech is in our homes with thermostats that heat up our residences before we walk through the door. It’s in our cars with safety features that warn us about vehicles in adjacent lanes. It’s on our television sets, where many of us are streaming shows and movies through apps. We even wear it on ourselves in the form of wristwatches that monitor our health.

In 2020 and the coming decade, these trends are likely to gather momentum. They will also be on display next week at CES, an enormous consumer electronics trade show in Las Vegas that typically serves as a window into the year’s hottest tech developments.

At the show, next-generation cellular technology known as 5G, which delivers data at mind-boggling speeds, is expected to take center stage as one of the most important topics. We are also likely to see the evolution of smart homes, with internet-connected appliances such as refrigerators, televisions and vacuum cleaners working more seamlessly together — and with less human interaction required.

“The biggest thing is connected everything,” said Carolina Milanesi, a technology analyst for the research firm Creative Strategies. “Anything in the home — we’ll have more cameras, more mics, more sensors.”

If some of this sounds the same as last year, it is — but that’s because new technologies often take time to mature.

Here’s what to watch in tech this year.

In the last few years, Amazon, Apple and Google have battled to become the center of our homes.

Their virtual assistants — Alexa, Google Assistant and Siri — respond to voice commands to play music from speakers, control light bulbs and activate robot vacuums. Smart home products work well, but they are complicated to set up, so most people use virtual assistants just for basic tasks like setting a kitchen timer and checking the weather.

Then in December, Amazon, Apple and Google came to what appeared to be a truce: They announced that they were working together on a standard to help make smart home products compatible with one another.

In other words, when you buy an internet-connected light bulb down the line that works with Alexa, it should also work with Siri and Google Assistant. This should help reduce confusion when shopping for home products and improve the ease with which connected gadgets work with one another.

Ms. Milanesi said that eliminating complexity was a necessary step for the tech giants to achieve their ultimate goal: seamless home automation without the need for people to tell the assistants what to do.

“You want the devices to talk to each other instead of me being the translator between these device interactions,” she said. “If I open my door, then the door can say to the lights that the door is open and therefore the lights need to turn on.”

If and when that happens, your home will truly — and finally — be smart.

The Slow, Steady Rise of 5G

In 2019, the wireless industry began shifting to 5G, a technology that can deliver data at such incredibly fast speeds that people will be able to download entire movies in a few seconds.

Yet the rollout of 5G was anticlimactic and uneven. Across the United States, carriers deployed 5G in just a few dozen cities. And only a handful of new smartphones last year worked with the new cellular technology.

In 2020, 5G will gain some momentum. Verizon said it expected half the nation to have access to 5G this year. AT&T, which offers two types of 5G — 5G Evolution, which is incrementally faster than 4G, and 5G Plus, which is the ultrafast version — said it expected 5G Plus to reach parts of 30 cities by early 2020.

Another sign that 5G is really taking hold? A broader set of devices will support the new wireless standard.

Samsung, for one, has begun including 5G support on some of its newer Galaxy devices. Apple, which declined to comment, is also expected to release its first 5G-compatible iPhones this year.

And 5G will be going to work behind the scenes, in ways that will emerge over time. One important benefit of the technology is its ability to greatly reduce latency, or the time it takes for devices to communicate with one another. That will be important for the compatibility of next-generation devices like robots, self-driving cars and drones.

For example, if your car has 5G and another car has 5G, the two cars can talk to each other, signaling to each other when they are braking and changing lanes. The elimination of the communications delay is crucial for cars to become autonomous.

The Wearables Market Heats Up

It’s a time of intense competition in wearable computers, which is set to lead to more creativity and innovation.

For a long while, Apple has dominated wearables. In 2015, it released Apple Watch, a smart watch with a focus on health monitoring. In 2016, the company introduced AirPods, wireless earbuds that can be controlled with Siri.

Since then, many others have jumped in, including Xiaomi, Samsung and Huawei. Google recently acquired Fitbit, the fitness gadget maker, for $2.1 billion, in the hope of playing catch-up with Apple.

Computer chips are making their way into other electronic products like earphones, which means that companies are likely to introduce innovations in wearable accessories, said Frank Gillett, a technology analyst for Forrester. Two possibilities: earphones that monitor your health by pulling pulses from your ears, or earbuds that double as inexpensive hearing aids.

“That whole area of improving our hearing and hearing the way other people hear us is really interesting,” he said.

We have rushed headlong into the streaming era, and that will only continue.

In 2019, Netflix was the most-watched video service in the United States, with people spending an average of 23 minutes a day streaming its content, according to eMarketer, the research firm. In all, digital video made up about a quarter of the daily time spent on digital devices last year, which included time spent on apps and web browsers.

Netflix’s share of the overall time we spend watching video on devices will probably decline in 2020, according to eMarketer, because of the arrival of competing streaming services like Disney Plus, HBO Max and Apple TV Plus.

“Even though Americans are spending more time watching Netflix, people’s attention will become more divided as new streamers emerge,” Ross Benes, an analyst at eMarketer, said in a blog post.

So if you don’t like “The Mandalorian,” “The Morning Show” or “Watchmen,” you won’t change the channel. You will just switch to a different app.