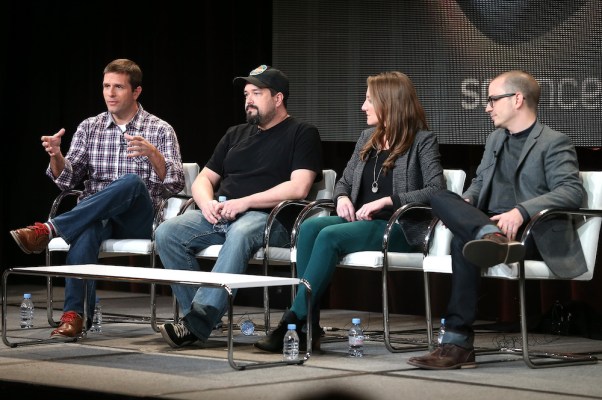 Stuff You Should Know, the explainer podcast hosted Josh Clark and Chuck Bryant (pictured on the left above), has now surpassed one billion total downloads.

The podcast is published by How Stuff Works/Stuff Media, which was acquired by iHeartMedia last fall. The company says this is the first podcast to cross the billion-download threshold. (Publishers including Stuff Media have previously hit that number across all their titles — but if any individual podcast reached that milestone before, they’ve kept quiet about it).

How big an achievement is this in the broader podcast landscape? Well, Apple announced last year that all the podcast content in iTunes and the Podcasts app had been downloaded and streamed a total of 50 billion times.

While Stuff You Should Know remains one of the most popular podcasts around — iHeartMedia declined to provide download numbers for individual episodes, but said the show has been averaging 30 million downloads per month — it also has the advantage of a deep archive and a head start over many other high-profile series. In fact, it first launched back in April 2008 and has subsequently published more than 1,000 episodes, with recent segments covering everything from air bags to the Spanish flu to assassination attempts on Adolf Hitler.

The podcast was also adapted into a TV show that aired for one season on the Science Channel.

In a statement, Clark said:

“Stuff You Should Know” was born out of a curiosity that Chuck and I both have about everything. We aren’t experts on any of the topics we discuss on the show, we just happen to be good at talking together about what we’ve dug up and I think that makes the podcast accessible and enjoyable for everyone. Reaching one billion downloads has really validated what we’ve built over the past 10 years and it makes us excited about the next 10 too. It’s an amazing milestone for us and we’re grateful to all the listeners around the world who helped grow that number.