The Shift: Why Napalm Is a Cautionary Tale for Tech Giants Pursuing Military Contracts 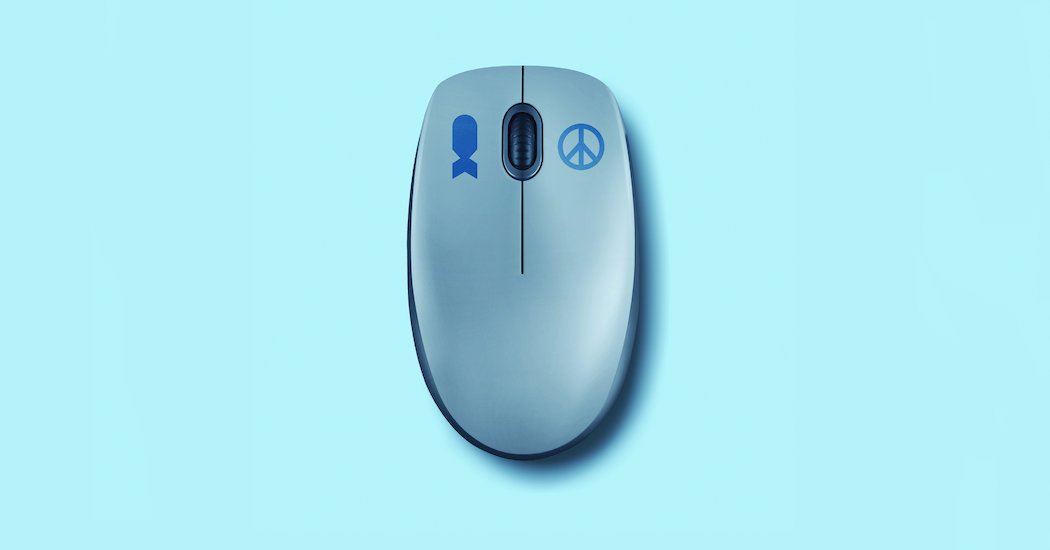 Over the past few months, a fierce debate has erupted in Silicon Valley over whether large technology companies like Amazon, Google and Microsoft should join forces with the United States military, along with agencies like Immigration and Customs Enforcement.

The debate has largely been conducted along ethical lines.

On one side are tech executives and many government officials, who argue that at a time when advanced technologies like artificial intelligence and machine learning are poised to reshape top issues like drone warfare or border security, American tech giants have a patriotic duty to pitch in.

Jeff Bezos, Amazon’s chief executive, summed up this view last year: “If big tech companies are going to turn their back on the U.S. Department of Defense, this country is going to be in trouble.”

On the other side are groups of employees at those companies, including many anti-Trump progressives, who don’t want their tools to be used for drone warfare, immigrant detention and other projects they consider immoral. This side took a stand at Microsoft last month, when a group of employees wrote an open letter to the company’s top executives demanding that they abandon an Army contract that would adapt HoloLens, the company’s augmented-reality headsets, for use by soldiers on the battlefield.

“We did not sign up to develop weapons, and we demand a say in how our work is used,” the Microsoft employees wrote.

This is a debate worth having. But there is a more pragmatic question swirling around the debate, one surprisingly few people are asking. Namely: Could Big Tech’s decision to pursue controversial defense and law enforcement contracts be a financial mistake?

As business deals, some of these contracts seem like no-brainers. Microsoft’s HoloLens deal is worth approximately $500 million — less than 1 percent of the company’s 2018 revenue, but a meaningful sum nonetheless. Amazon, IBM, Microsoft and Oracle are all battling over a Defense Department cloud-computing contract, known as Project JEDI, that will be worth as much as $10 billion to the winning bidder.

But these contracts may be less lucrative than they appear. And, in fact, they could come with enormous hidden costs in the form of damaged reputations, recruiting problems and customer boycotts that could swamp any short-term gains.

To explain why, let’s consider one of the most notorious military contracts of the past century.

In 1965, Dow Chemical, a Michigan-based chemicals manufacturer, was awarded a $5 million Department of Defense contract to produce napalm, a highly incendiary chemical used by American troops during the Vietnam War.

Dow was not known as a defense contractor — in fact, until its Pentagon contract, the business was best known for making industrial chemicals and household plastics like Saran Wrap.

But over the next few years, as Americans began seeing gruesome images of South Vietnamese children with horrific napalm burns, the antiwar movement set its sights on the company.

Activists boycotted Dow Chemical’s products, staged protests at its recruiting events on college campuses and barraged its executives with accusations of unethical war profiteering. (One demonstration outside the company’s annual shareholder meeting featured signs like “Dow Know-How in Every Drop of Napalm.”) Dow Chemical executives dug in their heels. They claimed that napalm was a small part of the company’s overall business, and that it was the company’s duty to provide necessary materials to the military.

But the company’s pleas of patriotism were drowned out by the antiwar opposition. As Robert M. Neer explains in his book “Napalm,” Dow Chemical’s reputation plummeted as a result of its napalm contract. Its recruiting ability suffered, and its marketing department was forced to embark on a long and expensive campaign to win back the public’s trust.

“We went from being a company that made Saran Wrap to keep food fresh to a kind of war machine,” the company’s former chief executive, Andrew Liveris, said in 2006.

Dow Chemical stopped making napalm for the military in 1969, just four years after it began. But the reputational damage haunted the company for decades. (Dow Chemical merged with DuPont in 2017; the company is still a defense contractor, but it produces mainly agricultural and industrial chemicals.)

All told, the $5 million napalm contract most likely cost Dow Chemical billions of dollars. And it was the kind of unforced error that could have been avoided if company executives had listened to early signs of opposition, done some risk analysis and changed course.

Today’s biggest tech companies are in a similar spot. Many of them, such as Amazon and Microsoft, are among the most beloved brands in the world. They employ lots of conscientious, idealistic engineers whose skills are highly valuable, giving them considerable leverage in discussions about company values. And they are operating in an era of heightened consumer sensitivity — in which one misstep can tarnish a brand for years.

Tech companies aren’t making anything as obviously harmful as napalm. In fact, supporters of these deals argue that some of the technologies being offered to the military, such as image-recognition algorithms that can help better target drone strikes, could save civilian lives.

But the truth is that tech companies have absolutely no idea how the government will use their products in the future — and how the political landscape might shift, throwing them into an unwanted spotlight.

In some ways, Silicon Valley tech companies face the same choice Dow Chemical faced in 1965: Accept controversial government contracts and risk a damaging backlash, or leave those deals to conventional defense contractors and protect their reputations.

Already, there are signs of trouble on the horizon. At Stanford, fliers recently appeared on campus walls urging students not to work for Amazon, Microsoft, Palantir and other companies with reported contracts with ICE and law enforcement agencies. And A.I. experts caution that the stigma of being seen as a war profiteer could repel idealistic recruits for years to come.

In fact, in today’s corporate operating environment, turning down controversial military and government contracts could be a selling point.

Recently, I talked with Rana el Kaliouby, a co-founder of Affectiva, an “artificial emotional intelligence” start-up. Ms. el Kaliouby, whose software uses A.I. to track human emotions, had several early offers from government agencies, including a venture fund backed by the Central Intelligence Agency, that wanted to use the product to improve their surveillance capabilities.

Even though the company needed the money at the time, it turned down the deals. Affectiva has since raised more than $50 million from other, nongovernmental sources, and has made ethical A.I. use a core part of its brand.

“We wanted to be trusted,” she said “We used the core value of integrity and respecting people’s privacy as a way to weed out use cases.”

Take note, tech giants. Turning down controversial military and government contracts won’t doom your business. In fact, in the long run, your shareholders might thank you.