The Saturday Profile: This Old Basque Soldier Expected to Die 80 Years Ago

BILBAO, Spain — When José Moreno, a Basque soldier, was captured in 1937 during the Spanish Civil War, he was sentenced to death by one of the commanders in the army of Gen. Francisco Franco, the eventual winner of the conflict.

For reasons he says he never understood, he was spared that fate. He celebrated his 100th birthday in November.

“I should have died then — but here I am, feeling well enough to remember clearly all that I’ve endured,” said Mr. Moreno, with a big grin. “I still don’t really know why I wasn’t killed and instead sent to prison, so it’s very hard to believe that I have managed to live so long.”

Mr. Moreno now proudly calls himself “the last gudari,” a Basque word for soldier. It is a reference to those who joined the autonomous Basque army in 1936 to help defend Spain’s Republican government against Franco’s military uprising. A year later, Franco’s troops captured Bilbao, the largest Basque city, with the help of their German and Italian fascist allies.

Mr. Moreno surrendered to Italian troops who then handed him over to Franco’s forces. A Spanish commander told him that he would be shot, Mr. Moreno said, but the death sentence was commuted, and he remained in prison for three years. After the war ended in April 1939, Mr. Moreno served for a time in a labor camp, repaving roads alongside other prisoners from his defeated Basque battalion.

Mr. Moreno was only a teenager when the civil war started, but it is a chapter of his life that he has not tried — or perhaps managed — to close. Over the past 18 months, he has been glued to his television set, following a push for independence in Catalonia and the broader political changes in Spain.

While he watches the news in color these days, his views remain black and white, shaped by his wartime experience and his ardent support for Basque nationalism.

His latest concern is the resurgence of the far right. In December, Vox, a nationalist, anti-immigrant party, won its first parliamentary seats in an election in the southern region of Andalusia. Opinion polls suggest Vox remains a minor player at national level, but Mr. Moreno still sees cause for concern. “If we let things go further, we’re returning to dictatorship,” he warned.

Mr. Moreno used to write letters and opinion pieces for local newspapers, often criticizing how Spain was whitewashing the Franco era, the most painful chapter in its modern history. The issue has been taken up by the Socialist government of Prime Minister Pedro Sánchez, who took office last June. 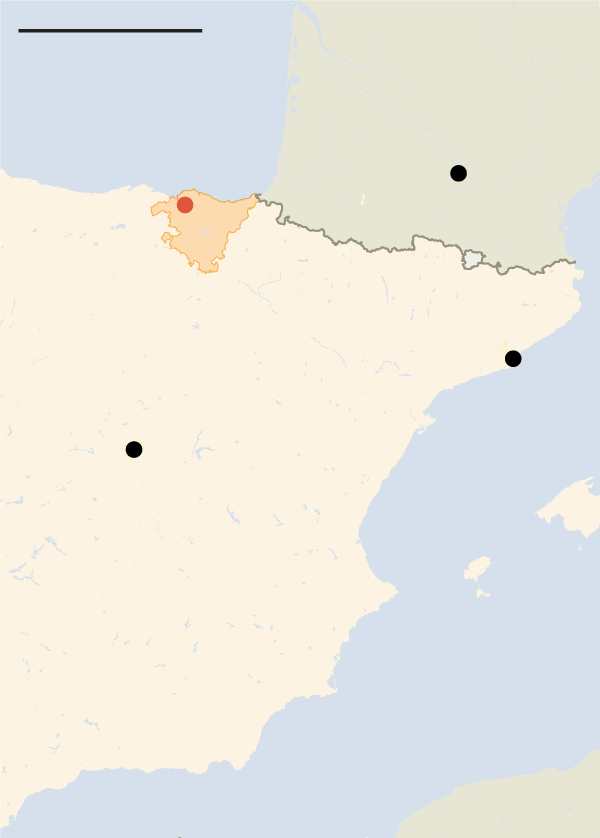 Mr. Sánchez wants to give greater recognition to the victims of Franco, in accordance with a law of historical memory. That measure was approved in 2007, under a previous Socialist government, but was shelved and deprived of government funding under a conservative government led by Mariano Rajoy. One of the main goals of the 2007 law was to facilitate the opening of over 2,000 mass graves to identify the remains of those inside, most of whom died during the civil war.

For now, Mr. Sánchez has made it a priority to remove Franco’s remains from the basilica of the Valley of the Fallen, which the general had built to honor those who “fell for God and Spain” in the civil war. But the plan has been stalled by a legal dispute with Franco’s relatives, who argue he can be reburied only in Madrid’s cathedral. Politicians are also feuding over what to do with Franco’s current burial site once his remains are moved.

For Mr. Moreno, Franco not only needs to be physically removed from the Valley of the Fallen but also reinterpreted in Spanish history books, so as to get “the same treatment as Hitler and Mussolini, the other fascist war criminals.”

Mr. Moreno claims to have witnessed firsthand how Franco purged the ranks of the defeated. “I’ve seen some people get dragged out of their prison cells and then get shot outside,” he said. “Nobody can tell me that Franco didn’t violate the normal rules of warfare.”

When Mr. Moreno was released from the labor camp, he tried to rejoin the merchant navy in which he had first enlisted as a 14-year-old, before the war. It was then, he says, while his coal carrier docked at Italian ports, that he discovered “the ugliness of fascism.”

“Mussolini promised to make Italy great, but I saw instead how that promise was only meant for those who shared his ideas,” Mr. Moreno said. “I saw many people looking afraid, miserable and even suffering hunger. Some would come to our boat to beg us for help and food, but the Italian police completely forbade us from giving them any help.”

Labeled “a red separatist” by the Franco regime, Mr. Moreno was denied the chance to return to sea and had to settle for a job in the Bilbao shipyards. He retired from that career over 30 years ago, after helping lead of one of the local labor unions.

“Franco didn’t forgive, so don’t ask us not only to forgive but also forget now,” he said.

Each year in June, Mr. Moreno speaks at a memorial event at a hilltop monument on Mt. Artxanda, which overlooks Bilbao. He was among those who campaigned to erect the monument, which honors the Basque soldiers who fought against Franco, partly with a sculpture of a giant fingerprint.

The unalterable fingerprint serves as a reminder that “we should never lose the memory of those who fought for democracy,” Mr. Moreno said during an interview in which he wore his Basque beret and military coat, an insignia pinned to the lapel.

Mr. Moreno now shares an apartment with his daughter, Manuela, in the Bilbao suburb of Portugalete, close to the shipyards where he once worked. The apartment is filled with Basque memorabilia, including photos of Mr. Moreno meeting local politicians and a ceramic plate clock that ticks loudly and is engraved with Basque emblems. His son Ricardo also lives nearby.

Asked what had kept her father healthy, Mr. Moreno’s daughter started jokingly by listing “his restlessness and bad temper.” She added: “He also enjoys his food and having fun.”

Until recently, Mr. Moreno was part of an association of traditional Basque dancers. He links his passion for dancing to the civil war, because he heard news of Franco’s military uprising in July 1936 while he was attending a dance. “I was 17, focusing on which girl to dance with, but I knew that this was very important and that I would volunteer,” he said.

Nowadays, Mr. Moreno only shuffles along the hallway of his apartment. His daughter said that she hoped her father would be able to attend a ceremony at the Artxanda monument next June, which was also a reason to keep him home for now. “We don’t really want to risk his health by taking him outdoors during the winter,” she said.