The Next Wave of ‘Unicorn’ Start-Ups 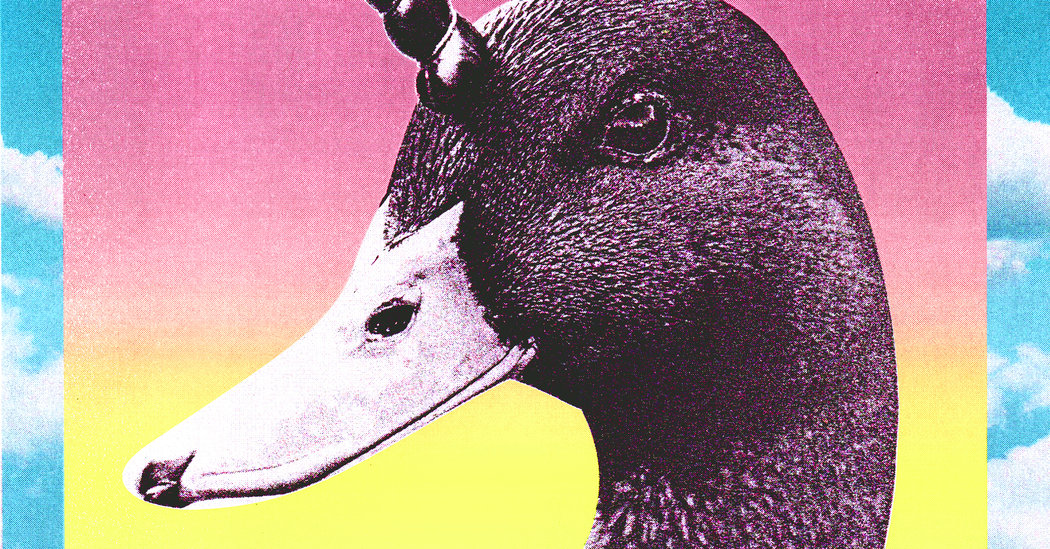 SAN FRANCISCO — Technology start-ups worth $1 billion, once as rare as unicorns, are now plentiful enough and old enough that there’s a new generation behind them — one that looks very different.

Silicon Valley’s current crop of highly valued tech start-ups, which include now-household names like Uber and Airbnb, all benefited from the spread of smartphones and cheap cloud computing. Many of these companies built global empires by simply taking existing businesses — like taxis, food delivery and hotels — and making them mobile. Some of the start-ups became giants: Uber, for instance, may reach a $120 billion valuation this year.

But as those companies have matured and prepare to go public, the easy opportunities for disrupting old-line industries are drying up. Now, many of the up-and-coming start-ups that may become the next unicorns have names like Benchling and Blend. And they largely focus on software for specific industries like farms, banks and life sciences companies.

That’s according to an analysis for The New York Times by CB Insights, a firm that tracks venture capital and start-ups. CB Insights used a variety of data — including financial health and the strength and size of the market a company serves — to identify 50 start-ups that may be on a path to achieving a $1 billion valuation (though there is no guarantee they will get there).

Software start-ups may seem boring. But many of them are growing fast because industries like agriculture require more software tools as they adapt to the tech era, said Jason Green, an investor at Emergence, a venture capital firm that invests in cloud software companies.

[A list of 50 start-ups that may be the next billion-dollar unicorns.]

“Maybe it’s not as sexy as the companies in the first wave,” said Kirsten Green, a venture capitalist at Forerunner Ventures. “A lot of those industries are big giant industries that we need in our lives and in business, and they need to be modernized.”

Other potential unicorns, such as Checkr and Earnin, are building businesses off the last generation of unicorns by offering services to them. CB Insights also pinpointed three start-ups that are popular with millennial women — Glossier, Zola and Faire — as unicorn candidates.

Some of these companies may reach the $1 billion threshold quickly, as unicorn start-ups are created more quickly than ever, said Anand Sanwal, chief executive of CB Insights. Funding rounds of $100 million or more — a once eye-popping sum of capital — have become common. Today, there are 315 unicorns, compared with 131 in 2015.

“If you are one of those high-momentum companies, investors are going to be beating down your door because there is so much interest in investing in the next big winner,” Mr. Sanwal said.

Here’s a look at some of the up-and-comers.

In 2012, Sajith Wickramasekara founded Benchling. His goal: To solve some of the personal frustrations he had with the outdated technology tools that he used in the molecular biology labs of the Massachusetts Institute of Technology when he was a student.

Benchling, based in San Francisco, began providing software that allows lab scientists to replace their paper notebooks with searchable records stored in the cloud. That way, scientists could more easily use the records to collaborate with one another, Mr. Wickramasekara figured. Younger researchers were also increasingly asking for such tools.

“Software has touched a lot of different sectors of the economy, but it has not kept up in the field of science,” said Kaiser Mulla-Feroze, Benchling’s chief marketing officer.

Today, 140,000 scientists use Benchling’s software, including academics at Harvard and M.I.T. who use a free version, and paying customers like Pfizer and Regeneron. Benchling charges smaller companies $15,000 a year, while large customers who use more advanced features pay millions of dollars a year, Mr. Mulla-Feroze said.

“Health care, automotive, retail, consumer packaged goods, advanced manufacturing companies — they’re all trying to figure out how technology helps reduce costs or how technology is going to help them build their next business model,” said Mr. Sanwal of CB Insights.

Other fast-growing start-ups that fit this description include Farmers Business Network, which was founded in 2014 by Charles Baron, a former Google program manager, and Amol Deshpande, a serial entrepreneur and venture capitalist. The company charges farmers $700 a year to share and analyze data about their farms, buy supplies and sell crops. Mr. Baron said the start-up counts 7,700 farms as customers and has raised nearly $200 million in funding.

“Agriculture is going through a digital revolution,” he said.

In 2013, when Shan-Lyn Ma’s friends began getting married, she noticed that most digital tools for wedding planning were outdated, poorly designed or cost money.

So Ms. Ma, who previously worked at a site that held flash sales for designer merchandise, Gilt Groupe, started Zola, which offers a streamlined place to create free wedding registries.

Zola now sells 70,000 gift items in its registry. It has also developed tools like online guest lists and R.S.V.P. tracking, all designed to lure more couples to its registry product. The site has been a hit with millennials, allowing the company to raise $140 million in funding and reach a valuation of $600 million.

Zola is one of three companies on the list of potential next unicorns that have been fueled by millennials’ spending. Glossier, a beauty products company in New York, and Faire, an online marketplace for local boutiques and vendors to buy and sell wholesale items, have also grown by largely catering to a youthful audience.

Max Rhodes, who founded Faire in 2017, said millennial women are driving a resurgence of local boutiques. These shoppers “don’t want to drive out to the strip mall and buy the most stuff that’s made as cheaply as possible,” he said. “They want unique products that have a story behind them.”

The rise of companies like Uber and Airbnb has created its own mini-economy of start-ups.

One of those is Checkr, which was founded in 2014 by Daniel Yanisse and Jonathan Perichon, who worked as software engineers at Deliv, a delivery start-up. Both had become frustrated at the slow-moving background checks for the delivery drivers they wanted to hire for Deliv, so they created their own business to expedite the process.

Now Checkr works with Uber, Lyft and Instacart. It has also added other types of customers like the insurance company Allstate.

Checkr is selling “picks and shovels” to the gig economy, said Rich Wong, a partner at Accel, a venture firm that invested in the start-up.

Another potential unicorn that serves gig economy workers is Earnin, founded in 2012 and based in Palo Alto, Calif. Earnin, which makes an app that provides free cash advances to workers, has a partnership with Uber that lets its drivers cash out immediately after a ride.

Ram Palaniappan, Earnin’s founder, said the app has been downloaded more than 1 million times and its users open the app 25 times a month on average.

Notably, 17 of the fast-rising start-ups are dispersed internationally.

CB Insights identified five companies in India, four in China, and three in Latin America as possible candidates to reach $1 billion in valuation. They ranged from CargoX, a Brazilian start-up using technology to make trucking companies more efficient, to Deputy, an Australian company that provides tools to businesses to manage their hourly workers.