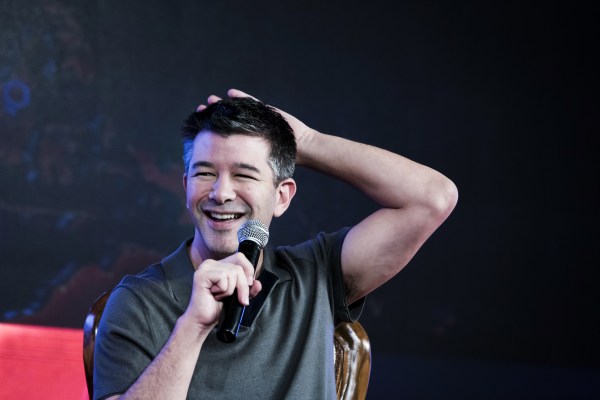 Former Uber CEO Travis Kalanick may have been nudged out of one of the world’s most highly valuable private companies by investors frustrated over its troubled culture, but his moves remain of great interest given how far he’d driven the ride-share giant.

One such move, according to a new report in the South China Morning Post, looks to be to help foster the growing concept of cloud kitchens to China.

We’ve reached out to Kalanick for more information, but per the SCMP’s report, Kalanick is partnering with the former COO of the bike-sharing startup Ofo, Yanqi Zhang. Their apparent project involves Kalanick’s L.A.-based company, CloudKitchens, which enables restaurants to set up kitchens for the purposes of catering exclusively to customers ordering in, as that’s how a growing percentage of people is consuming restaurant food. (More on the movement here.) The kitchens are established in underutilized real estate that Kalanick is snapping up through a holding company called City Storage Systems.

According to The Spoon, a food industry blog, the trend is beginning to gain momentum in particular regions, including India, where it says many restaurants struggle to afford the traditional restaurant model, which often involves paying top dollar for rent, as well covering wages for employees, from dishwashers to cooks to servers. Using so-called cloud kitchens enables these restaurateurs to share facilities with others, and to do away with much of their other overhead.

Some are even being promised more affordable equipment. For example, according to The Spoon, the restaurant review site Zomato, through its now two-year-old service called Zomato Infrastructure Services, aims to create kitchen “pods” that restaurants can rent, and it’s using data to identity recently closed restaurants that may be looking to offload their kitchen equipment for whatever they can get for it.

Shared kitchens have also been taking off in China, as notes the SCMP,  which cites Beijing-based Panda Selected and Shanghai-based Jike Alliance as just two companies that Kalanick would be bumping up against.

Kalanick wasn’t the first here in the U.S. to spy the trend bubbling up, but he seems to be taking it as seriously as any entrepreneur. Last year, he spent $150 million to buy a controlling stake in City Storage Systems, the holding company of CloudKitchens, through a fund that he established around the same time, called the 10100 fund. The money was used to buy out most of the company’s earlier backers, including venture capitalist Chamath Palihapitiya, according to a report last year by Recode.

That same report said that Kalanick now has a controlling interest in City Storage Systems. It also said that serial entrepreneur Sky Dayton — who previously founded EarthLink, co-founded eCompanies, and founded Boingo — is a cofounder.

City Storage Systems isn’t interested in on-demand kitchens alone, reportedly. The idea behind it is to buy distressed real estate, including parking lots, and to repurpose it for a number of online-focused ventures.

While the China twist looks like a new development, it wouldn’t be a wholly surprising move. Having had to back out of China with Uber in 2016, Kalanick may be of a mind to jump into the country faster this time around, and with a local partner with whom he has a relationship. Indeed, Zhang spent two years as a regional manager for Uber in China before cofounding Ofo, which has since run into problems of its own.

We’ve also reached to Zhang for this story and hope to update it when we learn more.