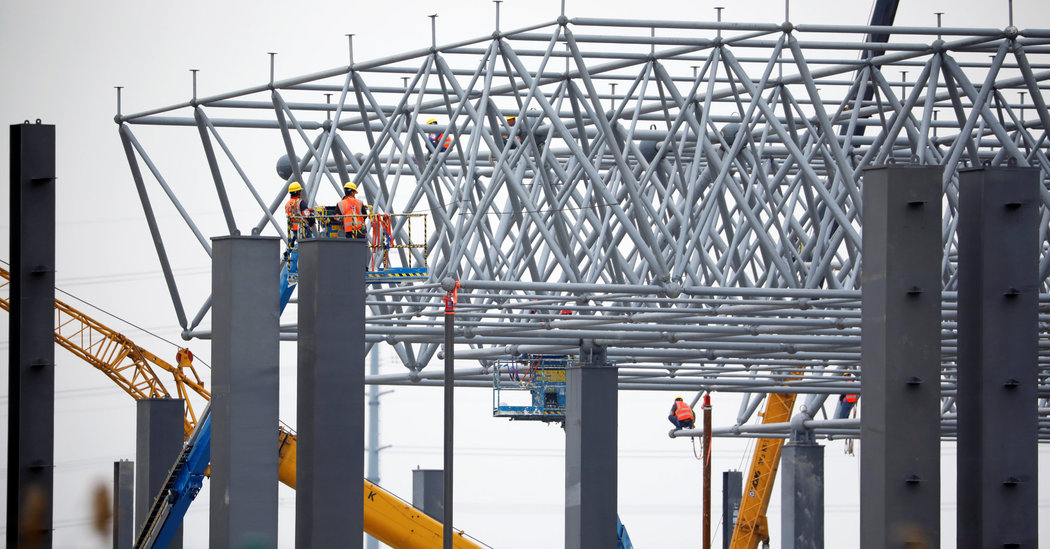 SHANGHAI — The electric-car maker Tesla said on Monday that it had sent a team to investigate why one of its cars appeared to spontaneously combust in Shanghai over the weekend, an incident that the authorities said left no one hurt but has raised fresh questions about the safety of the company’s cars.

The explosion occurred Sunday evening in the basement parking garage of an apartment complex in Shanghai’s Xuhui District, according to a post by the local fire department on the Chinese social media platform Weibo.

Security camera footage accompanying the post showed smoke creeping from beneath a parked Tesla sedan for a few seconds before the car bursts into flames. The fire department said that two other cars were also damaged.

“Last night we dispatched a team at once to the scene,” Tesla said in a Monday morning post on its Weibo account. The fire department said that the cause of the explosion was still being investigated.

This is not the first fire in a Tesla, which uses lithium-ion batteries that can combust if they are damaged or subjected to high temperatures in what is known as “thermal runaway.” Just last week, a parked Tesla caught fire at a service center near Pittsburgh. The same car had previously caught fire in February, according to a local news report. Officials have not established the cause of that fire.

To avoid catastrophic battery fires on planes, the Federal Aviation Administration has prohibited the transportation of spare lithium batteries in checked baggage.

China is a surging market for electric vehicles, and Tesla has many fans there. In January, the company started construction on a huge new factory near Shanghai, its first plant outside the United States.

The trade war between the United States and China has directly affected Tesla’s business. After President Trump issued his first tariffs last year on $50 billion in Chinese-made goods, Beijing retaliated by increasing tariffs on American-made cars to 40 percent. Cars made everywhere else face a 15 percent import tax in China.

China temporarily removed the additional tariff on American-made cars as part of a truce in the trade war that the two nations negotiated in December. The Chinese government has since kept the tax at the lower rate as a gesture of good will amid ongoing talks.