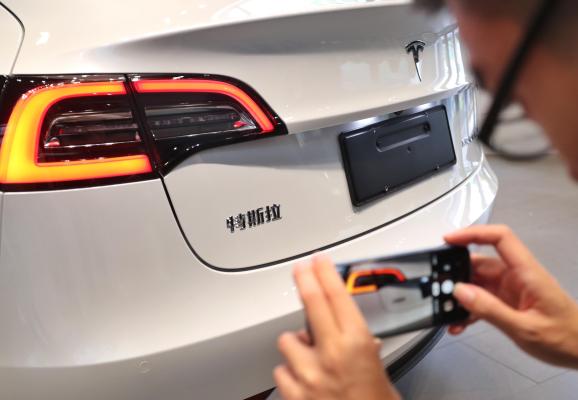 Tesla said Friday that it delivered 367,500 electric vehicles in 2019 — 50% more than the previous year — a record-breaking figure largely supported by sales of the cheaper Model 3.

More than one-third of those deliveries — about 112,000 vehicles — occurred in the fourth quarter.

The electric automaker reported production also grew 10% from the previous quarter to 105,000 vehicles.

The results pushed shares up 3.8% in trading Friday morning.

The fourth quarter caps a year that started poorly for Tesla. The company delivered just 63,000 vehicles in the first quarter, nearly a one-third drop from the previous period. The low first-quarter delivery numbers signaled what was to come: wider-than-expected loss of $702 million driven by disappointing delivery numbers, costs and pricing adjustments to its vehicles.

The positive report comes as Tesla ramps up production of Model 3 vehicles at its new factory in China. Earlier this week, more than a dozen Tesla employees took delivery of the Model 3.

The first public deliveries of Model 3 sedans produced at its Shanghai factory will begin January 7, one year after Tesla began construction on its first factory outside the United States.

Tesla said that it has produced “just under 1,000 customer salable cars and have begun deliveries” in China. “We have also demonstrated production run-rate capability of greater than 3,000 units per week, excluding local battery pack production which began in late December,” the company added in its report.