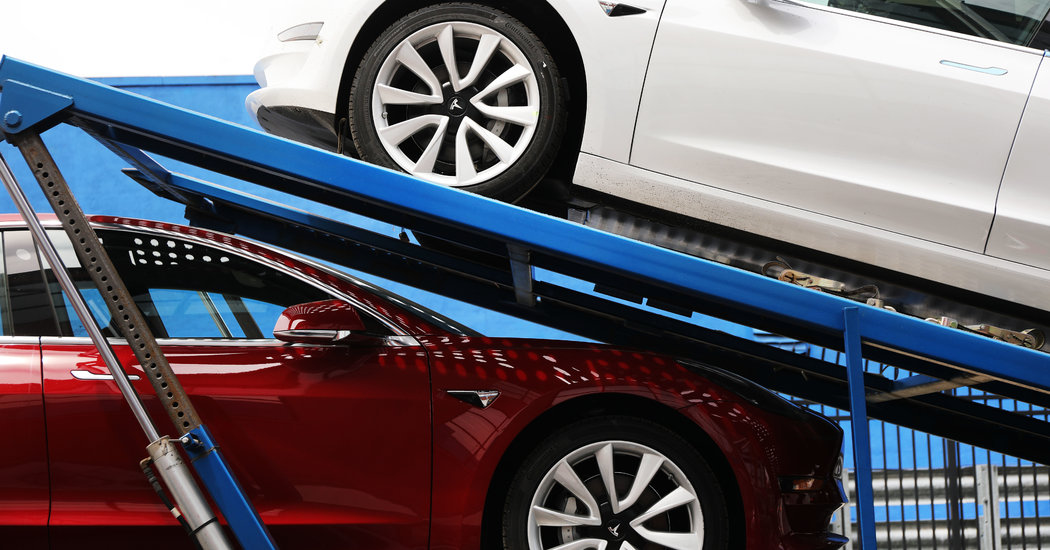 Tesla reported Friday that it produced more than 100,000 vehicles in the fourth quarter of 2019, a record, putting its yearly deliveries within the range it had promised.

In a statement, the electric-vehicle maker said it delivered 112,000 cars in the final three months of last year and produced 104,891, a sign of high demand for its vehicles as it enters 2020 amid a global expansion.

“When you deliver more cars than you produce, you get into your bank more cash than you spent,” said Pierre Ferragu, an analyst with New Street Research. He said that would enable Tesla to continue its expansion, including its manufacturing presence in China, where cars are beginning to roll off a Shanghai assembly line.

The company turned a corner in the second half of 2019 after losing $1.1 billion in the first half of the year. Its shares have soared since October, when it reported a third-quarter profit. After falling as low as $177 in June, Tesla’s stock closed Thursday at $430.26 and rose more than 4 percent after its announcement Friday, even as the overall market declined.

The stock last week crossed a milestone price of $420 a share. Tesla’s chief executive, Elon Musk, said last year that he had “funding secured” at that price — a 20 percent premium — to take the company private. The deal turned out to be less solid than Mr. Musk had made it seem, attracting the scrutiny of federal regulators.

Some optimistic analysts have said in recent days that they expect Tesla’s stock to rise above $500 in the coming year, thanks to increasing interest in electric vehicles and the company’s strong recent performance.

Mr. Musk said Monday on Twitter that he was “headed to Tesla Fremont factory tomorrow” — the last day of the year — “to help with vehicle deliveries.”