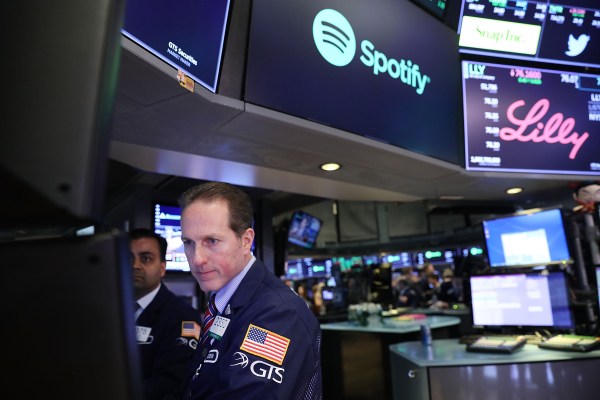 Last April, Spotify surprised Wall Street bankers by choosing to go public through a direct listing process rather than through a traditional IPO. Instead of issuing new shares, the company simply sold existing shares held by insiders, employees and investors directly to the market – bypassing the roadshow process and avoiding at least some of Wall Street’s fees. That pattens is set to continue in 2019 as Silicon Valley darlings Slack and Airbnb take the direct listing approach.

Have we reached a new normal where tech companies choose to test their own fate and disrupt the traditional capital markets process?  This week, we asked a panel of six experts on IPOs and direct listings: “What are the implications of direct listing tech IPOs for financial services, regulation, venture capital, and capital markets activity?”

TechCrunch is experimenting with new content forms. Consider this a recurring venue for debate, where leading experts – with a diverse range of vantage points and opinions – provide us with thoughts on some of the biggest issues currently in tech, startups and venture. If you have any feedback, please reach out: Arman.Tabatabai@techcrunch.com.

Jay Ritter is the Cordell Eminent Scholar at the University of Florida’s Warrington College of Business. He is the world’s most-cited academic expert on IPOs. His analysis of the Google IPO is available here.

In April last year, Spotify stock started to trade without a formal IPO, in what is known as a direct listing. The direct listing provided liquidity for shareholders, but unlike most traditional IPOs, did not raise any money for the company. [According to recent reports], Slack [is considering] a direct listing, and it is rumored that some of the other prominent unicorns are considering doing the same.

Although no equity capital is raised by the company in a direct listing, after trading is established the company could do a follow-on offering to raise money. The big advantage of a direct listing is that it reduces the two big costs of an IPO—the direct cost of the fees paid to investment bankers, which are typically 7% of the proceeds for IPOs raising less than $150 million, and the indirect cost of selling shares at an offer price less than what the stocks subsequently trades at, which adds on another 18%, on average. For a unicorn in which the company and existing shareholders sell $1 billion in a traditional IPO using bookbuilding, the strategy of a direct listing and subsequent follow-on offering could net the company and selling shareholders an extra $200 million.

Direct listings are not the only way to reduce the direct and indirect costs of going public. Starting twenty years ago, when Ravenswood Winery went public in 1999, some companies have gone public using an auction rather than bookbuilding. Prominent companies that have used an auction include Google, Morningstar, and Interactive Brokers Group. Auctions, however, have not taken off, in spite of lower fees and less underpricing. The last few years no U.S. IPO has used one.

If auctions and direct listings are so great, why haven’t more issuers used them? One important reason is that investment banks typically bundle analyst coverage with other business. If a small company hires a top investment bank such as Credit Suisse to take them public with a traditional IPO, Credit Suisse is almost certainly going to have its analyst that covers the industry follow the stock, at least for a while. Many companies have discovered, however, that if the company doesn’t live up to expectations, the major investment banks are only too happy to drop coverage a few years later. In contrast, an analyst at a second-tier investment bank, such as William Blair, Raymond James, Jefferies, Stephens, or Stifel, is much more likely to continue to follow the company for many years if the investment bank had been hired for the IPO. In my opinion, the pursuit of coverage from analysts at the top investment banks has discouraged many companies from bucking the system. The prominent unicorns, however, will get analyst coverage no matter what method they use or which investment banks they hire.

Barry McCarthy is the Chief Financial Officer of Spotify. Prior to joining Spotify, Mr. McCarthy was a private investor and served as a board member for several major public and private companies, including Spotify, Pandora and Chegg. McCarthy also serves as an Executive Adviser to Technology Crossover Ventures and previously served as the Chief Financial Officer and Principal Accounting Officer of Netflix.

If we take a leap of faith and imagine that direct listings become an established alternative to the traditional IPO process, then we can expect:

Josh Kuzon is a Partner at Reciprocal Ventures, an early stage venture capital firm based in NYC focused on FinTech and blockchain. An expert in payments and banking systems, Josh is focused on backing the next generation of FinTech companies across payments, credit, financial infrastructure, and financial management software.

I think the implications of direct listing tech IPOs are positive for venture capitalists, as it creates a channel for efficient exits. However, the threat of low liquidity from a direct listing is significant and may ultimately outweigh the benefits for the listing company.

Direct listing tech IPOs offers a compelling model for company employees and existing investors in pursuit of a liquidity event. The model features a non-dilutive, no lock-up period, and underwriting fee-less transaction, which is a short-term benefit of the strategy. Additionally, as a publicly traded company, there are longer-term benefits in being able to access public markets for financing, using company stock to pay for acquisitions, and potentially broaden global awareness of an organization. However, these benefits come with tradeoffs that should not be overlooked.

One concern is the circular problem of liquidity. Without a defined supply of stock, it can be difficult to generate meaningful buyside demand. A floating price and indeterminate quantity will dampen institutional interest, no matter how great the listing company may be. Institutions require size and certainty; not only do they desire to build large positions, but they need to know they can exit them if needed. Without consistent institutional bids, sellers are less motivated to unwind their stakes, for fear of volatility and soft prices.

I believe institutional investors and their brokers are crucial ingredients for a properly functioning public equities market structure. They help make markets more liquid and efficient and serve as a check on companies to drive better business outcomes for their shareholders. A lack of institutional investors could be a very expensive long-term tradeoff for a short-term gain.

For companies that have significant brand awareness, don’t need to raise additional capital, or already have a diverse institutional investor base, the direct listing model may work out well for them. Few companies, however, fit this profile. Many more will likely have to work a lot harder to persuade the capital markets to participate in a direct listing and even if successful, may ultimately come back to bite them as they evolve and require additional capital markets cooperation.

Eric Jensen is a partner at Cooley LLP. He advises leading technology entrepreneurs, venture funds and investment banks in formation, financing, capital market and M&A transactions, and in in the past seven years was involved in over 55 offerings, raising over $21 billion, for companies such as Appian, Atlassian, Alteryx, Avalara, DocuSign, FireEye, Forty Seven, LinkedIn, MongoDB, NVIDIA, Redfin, SendGrid, ServiceNow, Tenable, Zendesk, Zulilly and Zynga.

It is challenging to draw market lessons from a single completed “direct listing.” The degree of interest I am seeing, often without folks knowing what it means, shows that the IPO model has issues. So first I describe to a client what it means – an IPO without the “I” and the “O”, meaning you are not selling any stock and therefore you don’t have a set initial stock price. These factors mean that a direct listing is relevant only for a small subset of private companies – those that:

There is no evidence to indicate that it accelerates public market access, any company that can do a direct listing could do an IPO. The SEC doesn’t go away, and compared to the highly tuned IPO process, SEC scrutiny is actually higher. As least based on Spotify, it doesn’t put investment bankers out of a job, nor does it dramatically reduce total transactions costs. Spotify had no lock-up agreement, so the VCs I know love this feature, but it is not inherent in a direct listing, and IPOs don’t require lock-ups.

In my book, too soon to tell if it is the reverse Dutch Auction of its day.

Although Spotify successfully broke free of its reins last April and entered the public arena unescorted, I expect most unicorns will still choose to pay the fat underwriting fees to be paraded around by investment bankers.

Realistically, the direct listing route is most suitable for companies meeting the following three criteria: 1) consumer-facing with strong brand equity; 2) easy-to-understand business model; and 3) no need to raise capital. Even if a company meets this criteria, the “escorted” IPO route could provide a positive return on investment as the IPO roadshow is designed to provide a valuation uptick through building awareness and preference versus competitive offerings by enabling a company to: a) reach and engage a larger investment pool; b) optimally position its story; and c) showcase its skilled management team.

Although the concept of democratizing capital markets by providing equal access to all investors is appealing, if a large institution isn’t able to get an IPO allocation, they may be less willing to build up a meaningful position in the aftermarket. The direct listings option also introduces a higher level of pricing risk and volatility as the opening price and vulnerable early trading days of the stock are left to the whims of the market. Unlike with an IPO, with benefits of stabilizing bids and 90 to 180 days lock-up agreements prohibiting existing investors from selling their shares, a flood of sellers could hit the market.

While Spotify’s direct listing in 2018 and recent reports that Slack is considering a direct listing in 2019 have heightened curiosity around this approach to “going public,” we expect that most issuers in the near-to medium-term will continue to pursue a traditional IPO path. Potential benefits of a direct listing include the avoidance of further dilution to existing holders and underwriter fees. However, large, high-profile and well-financed corporations, most often in the technology and consumer sectors, are the companies typically best-suited to pursue these direct listings. By contrast, smaller companies seeking to raise capital alongside an exchange listing, and with an eye on overcoming challenges in attracting interest from the investing public, will continue to follow a well-established IPO process.

A case in point is the healthcare segment of the US IPO market, which has accounted for one-third of all US IPO activity over the last five years. The healthcare vertical tilts toward small unprofitable companies with significant capital needs and, as a result, direct listings aren’t likely to become a popular choice in that industry. Since 2014, unprofitable companies have accounted for more than 90% of all healthcare IPOs completed. Furthermore, the biotechnology subsector has been by far the most active corner of the healthcare IPO market, and biotechnology companies are voracious consumers of capital. Finally, healthcare IPOs tend to be relatively small: since 2014, healthcare IPO issuers have raised, on average, only 47% of the amount raised by non-healthcare issuers, and more than half have already returned to the market at least once for additional capital.