Tech We’re Using: How to Sort Through a Cornucopia of Television Shows 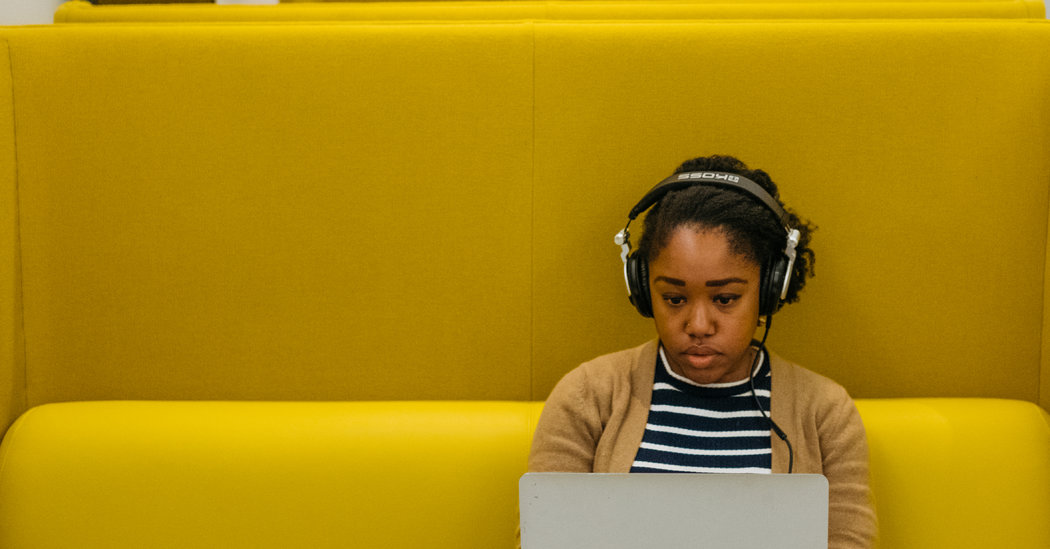 How do New York Times journalists use technology in their jobs and in their personal lives? Aisha Harris, assistant TV editor for The Times, discussed the tech she’s using.

What’s your setup for watching the TV shows or movies you review? What could be better about it?

Much of my TV and movie consumption for work involves screeners, which are sent out to the press ahead of release. For TV, these screeners are almost always in digital form, via the network’s press site or a link sent by email, so I usually watch those on my laptop. On the rare occasion I’m not feeling too lazy — or if it’s a show, like “Homecoming,” that really rewards viewing on a bigger screen — I’ll hook up my laptop to my TV. If I’m unable to attend a press screening in person for a movie I’m reviewing, I’ll review the DVD at home on my TV.

My fiancé and I recently upgraded our home entertainment setup, with a 50-inch 4K Amazon Fire TV. We also own a Sonos soundbar and a two-room Sonos Play:1 wireless speaker set that sounds incredible.

The only downside is that the wireless speakers have been cutting in and out for some time when paired with our TV. Troubleshooting on our own thus far hasn’t yielded great results, and the tech support hours coincide with when we’re at work. It’s a fairly common problem, according to the multiple message boards I’ve stumbled upon, so I’m hoping someone can help us find a quick, easy solution soon.

How has your setup for watching TV and movies changed over time?

When I moved to New York in my early 20s for graduate school, my roommates and I had a common area with a TV, but I rarely used it. I was the millennial who saw no need for cable anymore once I could stream almost everything I wanted, and I was content viewing primarily on my laptop. With rare exception, I never had time for or cared enough to watch shows while they aired live, so finding it online later was my go-to.

I still don’t have cable, but I do have pretty much every major streaming service there is — Netflix, Hulu Live (which is basically cable), HBO, Showtime, Amazon and, once upon a time, FilmStruck (R.I.P.).

Streaming services like Netflix and Hulu give you tons of options for programs to watch. The downside is that it feels impossible to decide what to watch. How do you pick a program to watch?

The short answer: I keep a running list of movies and shows I want to eventually see on my Notes app (it’s very long and never-ending), and when I’m able to watch something that isn’t directly work related, I consult the app and choose whatever fits my mood.

The long answer is that often none of the titles on said list fit my mood in the moment. This conundrum is almost as maddening to me as having a case of severe writer’s block. To put it bluntly: There have been times when, after flipping through the various services and perusing the latest “new to streaming” articles online, I suddenly look at the clock and realize that 90 minutes have passed. I’ve watched nothing! I could have had a brand-new movie viewing experience in that time. Or binged approximately four episodes of “30 Rock.”

Actually — almost as embarrassing as wasting so much time merely trying to decide what to watch is the fact that I usually wind up just rewatching something I’ve already seen a million times, like “30 Rock” or “The Twilight Zone.”

Related: How do you determine which shows or movies are worth writing about?

The “worthiness” of a show or a movie when it comes to coverage can be baked in: the names involved, the subject matter (Is it adapted from a wildly popular book series? Are our writers and critics excited about it?), the network or platform it’s appearing on. Social media plays a part, too, however — if something not initially on my radar is getting a lot of buzz on Twitter, I’ll at minimum check it out and see what it’s all about.

In the past, cord-cutting was an impractical option because people missed out on live sports or broadcast news. What’s the situation today?

I have zero interest in live sports or broadcast news — I get most of my news from online and via my daily RSS feed. (I’ve been using Feedly for years.) But it seems absolutely possible to not have cable and still be a sports fan and news junkie, especially because of Hulu Live or digital media players like Amazon Fire and Roku. Of course, you just wind up substituting one cord for a bunch of separate cords in this case — I’m probably paying nearly the same amount I would be if I had a cable bundle.

Outside of work, what tech product are you currently obsessed with?

A recent addition to my home is the Eufy RoboVac 30C. We have hardwood floors and a dog that sheds, which has made keeping the floor relatively clean a nearly impossible task. But this has done a good job reducing the amount of dust I find on the bottom of my socks.

I’m fairly certain it’s listening in on our conversations, and my dog scampers to the other side of the room or jumps on our bed when it passes near her, but I love it.