Tech Fix: How to Save on Your Next Apple Purchase 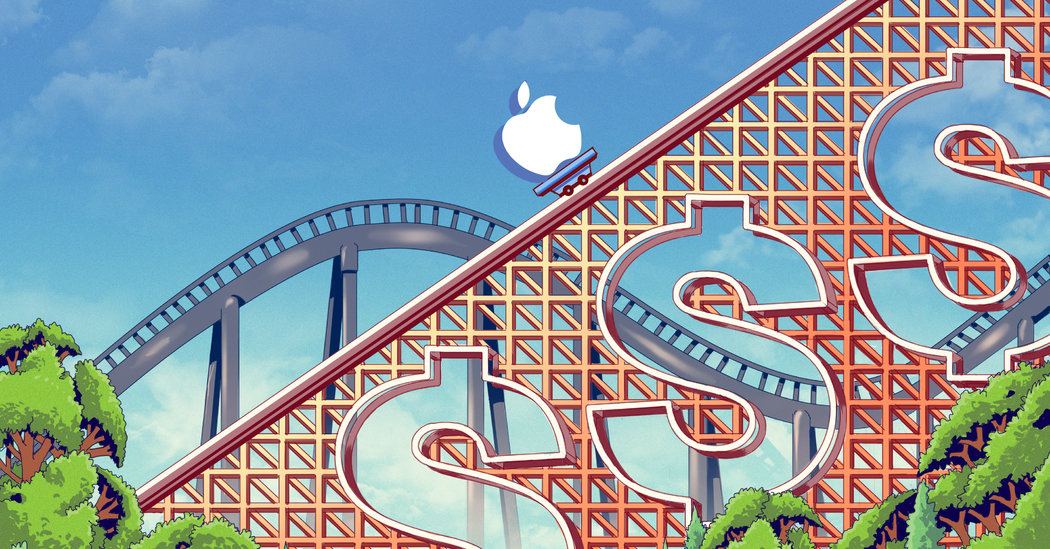 Gadgets like Apple’s iPhone have become so powerful and durable that you can wait many years before buying a new one. The bad news is that your next upgrade will probably cost a lot more.

Consider that last year, Apple raised prices for most of its products. They included its iPhones, Apple Watch, Mac Mini, MacBook Air and iPad Pro. (Yes, that is nearly the company’s entire gadget lineup.) Apple has said the increases were necessary because the products had become more complex and expensive to make.

Timothy D. Cook, Apple’s chief executive, defended the iPhone’s rising prices in an interview with “Good Morning America” in September. He said the iPhone was an all-in-one gadget replacing cameras and music players, among other gizmos.

“We found that people want to have the most innovative product available, and with that, it’s not cheap to do that,” he said.

That justification did not add up for me. Since the iPhone’s debut in 2007, it had been a multifunctional device that continually incorporated cutting-edge features without significant price increases. The same went for Apple’s watches, computers and tablets: They became more advanced over the years without big price jumps — until now.

And there is a question of whether Apple has pushed prices up too high. On Tuesday, the company — while dealing with reports about an embarrassing privacy glitch that let iPhone users eavesdrop on one another’s microphones — reported disappointing financial results. In a letter warning investors before the quarterly earnings report, Apple acknowledged that iPhone sales may have slowed because of factors including higher prices.

For a reality check on Apple’s pricing, I spoke to financial experts and pricing strategists. I learned that there is credence to Apple’s arguments: Its products do cost more to produce than in years past. But that didn’t stop me from consulting with Wirecutter, a New York Times company that reviews products and tracks deals, for advice on how we could shave the costs of our next Apple upgrades.

Here’s what I found.

How and why Apple raised prices

Last year, Apple’s prices shot up by 7 percent to 60 percent, depending on the product. Perhaps the most notable increase was for the new Mac Mini, which costs about $800, up from $500. (The last Mac Mini debuted in 2014.)

Some Apple prices stayed firm or declined. Notably, the newer entry-level iPad is selling for about $330, down from $500 in years past.

But in general, prices jumped. That was surprising given that product costs typically fall as technologies mature and parts become widely available, which was what happened with televisions.

The more I examined the pricing, though, the more evidence there was that the latest Apple products are more expensive to make. Apple also appears to be under pressure to introduce more complex innovations to compete in the brutal technology market.

Take a look at the company’s gross profit margin, or the money it makes from products after the cost to make and sell them is factored in. If Apple’s gross margins are lower today even though prices are higher, that indicates the products cost more to make.

And that is indeed the case. Toni Sacconaghi, a financial analyst for Sanford C. Bernstein who has studied Apple for years, estimated that the company’s gross margins for the iPhone were below 40 percent, down from more than 50 percent several years ago.

Mr. Sacconaghi said the shrinking margins demonstrated how tough it had become to compete in the technology market. Apple has had to add features like stronger metals, sophisticated cameras, high-resolution displays, advanced chips and faster wireless connectivity while trimming back on some profit given that rival products from the likes of Xiaomi, Huawei and Lenovo have become very capable. If Apple had wanted to keep profit margins consistent with past years, he said, it would have had to raise prices even higher and risk losing sales.

“You have to put in more to stay competitive, or you’re going to lose share,” he said.

Jared Wiesel, a partner at Revenue Analytics, a pricing and sales consulting firm, said Apple was still in a unique position to introduce broad price increases. Other companies, such as grocery brands, lack the clout to do so because their competitors might undercut them and lure away customers.

“They’re in the very enviable position that they can, by and large, take major action across the board without, so far, seeing a major erosion of loyalty as a result,” Mr. Wiesel said.

An Apple spokeswoman referred to Mr. Cook’s comments on Tuesday’s earnings call. In response to a question about whether Apple had raised prices too high, Mr. Cook said the prices were not that much more. He noted that the iPhone XS was the same price as last year’s iPhone X, and that the XR was priced only slightly higher than the iPhone 8.

How to save on Apple gear

Discounts for new Apple products are rare. But here are several methods to lower the cost of your next purchase.

Trade in your old device

One simple way to get some cash toward your next purchase is to take your old devices to a trade-in program at a retailer or a wireless store. Apple runs Apple GiveBack, which gives you Apple Store credit in exchange for an old phone, tablet, computer or smart watch. Gazelle, an online reseller, will let you sell smartphones, tablets and Macs in exchange for cash or Amazon store credit. Carriers like AT&T and Verizon Wireless offer trade-in programs. And Best Buy stores also provide store credit for many used devices.

The best part about the release of a new Apple product is that last year’s model can be had for cheaper. Apple now sells the iPhone 8, still a very good phone, for about $600, down from its original $700 price.

Older-generation Apple Watches and tablets occasionally go on sale during holiday shopping periods such as Black Friday and Cyber Monday, Wirecutter said. In November, the Apple Watch Series 3 dropped to $200 on Amazon, down from the original $330.

Apple product discounts tend to be better when you buy through third parties like Best Buy and Amazon.

“The best tip is to shop around before going to the Apple Store,” said Alex Roth, a commerce editor for Wirecutter.

Refurbished products typically were returned by a consumer and then restored to excellent condition, and they often include a fresh battery and warranty. Apple’s online store for refurbished products lists last year’s iPad Pro for about $550, down from about $650.

Buying used Apple gadgets can often yield more savings, but you will have to be judicious about whom you buy from. Your best bet is to buy from a friend, a relative or a reseller that is a trusted brand. I have had consistently good experiences buying used products from Amazon’s Warehouse program, for example.

Of course, you can save $750 on the next $750 iPhone by not buying it at all. The most thrifty thing you can do is to maintain your device and skip upgrading.

Plenty of Apple customers have caught on to this approach. The company acknowledged in its recent note to investors that many iPhone customers took advantage of its battery replacement program, which may have contributed to slower sales of replacements.

There’s a hidden benefit to giving your devices some tender loving care.

“Take good care of the one you have so that when the time comes for an upgrade, you can trade that one in and you’ll get something for it,” Mr. Roth said.