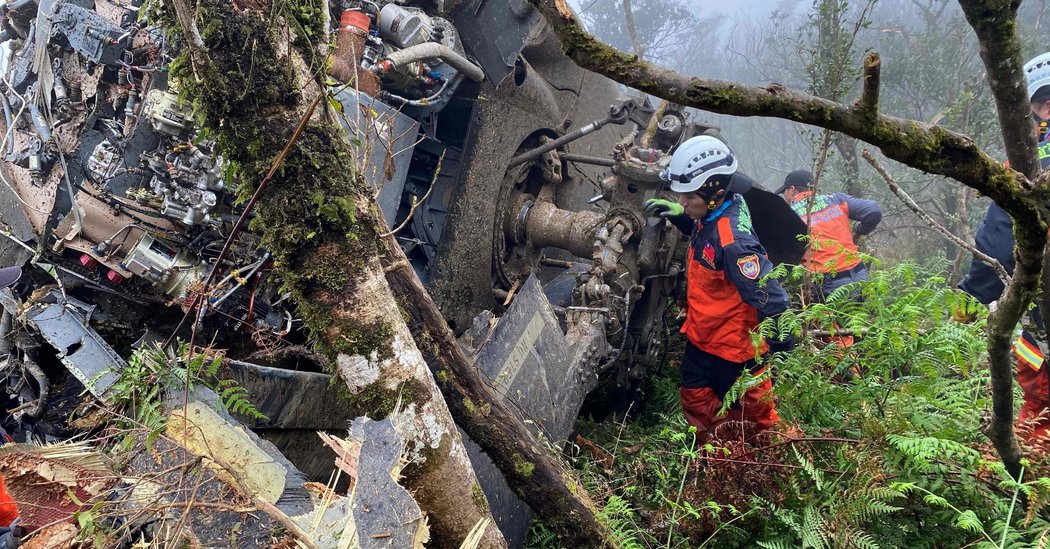 Eight people including the chief of Taiwan’s armed forces were killed Thursday after the military helicopter carrying them crashed on a mountainside during a routine trip, Taiwan’s military said.

The Black Hawk helicopter was carrying 13 people, including Shen Yi-ming, an air force general who served as the chief of general staff of Taiwan’s armed forces. The helicopter left Songshan Airport in Taipei, the capital, shortly before 8 a.m. to fly to Yilan County in northeastern Taiwan for an inspection, the military said.

The last contact with the helicopter was at 8:07 a.m. The military has not yet said what may have caused the crash in a mountainous district southeast of Taipei.

A military spokesman said Thursday morning that rescuers were struggling at the time to reach the crash site. The 13 people on board included three crew members and 10 military officials.

Tsai Ing-wen, Taiwan’s president, called it “a sad day,” with “several excellent military leaders and colleagues killed in an accident in the line of duty.”

She wrote on Facebook that General Shen was an “excellent and well-qualified chief who was also beloved by all.”

Taiwan is in the final stretch of its presidential race, with Ms. Tsai holding a lead over Han Kuo-yu, the candidate from the main opposition party, the Kuomintang.

Taiwan has long been a potential flash point for military conflict. China claims self-ruled Taiwan as part of its territory and has threatened to use force to prevent it from pursuing formal independence.

The United States sells military equipment for Taiwan’s defense, including Black Hawk helicopters. The Obama administration approved the sale of 60 Black Hawks to Taiwan in 2010 as part of a $6.4 billion arms deal. China, in response, temporarily severed some military ties with the United States.