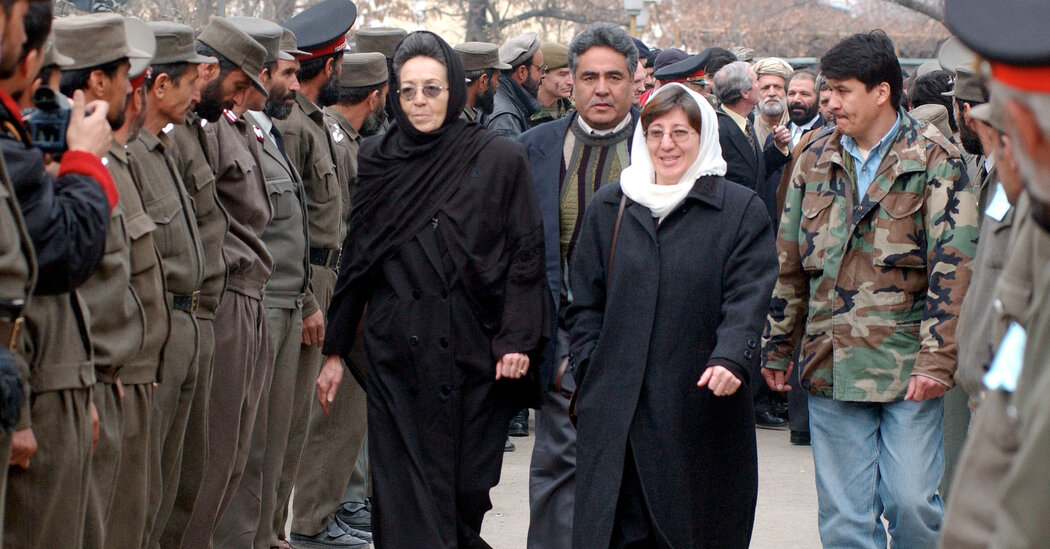 KABUL, Afghanistan — Suhaila Siddiq, Afghanistan’s first female lieutenant general, who was also a renowned surgeon and unknowingly became a feminist role model in a largely patriarchal society, died here on Friday, at the same hospital where she had treated the wounded and weary of her country’s unending war for decades. She was thought to be 81 or 82, though her exact birth date is unknown.

General Siddiq, who had Alzheimer’s disease for several years, died from complications of the coronavirus at the Sardar Mohammad Daud Khan military hospital in Kabul, one of her doctors, Amanullah Aman, said. It was her second battle with the virus; she had contracted it earlier this year.

General Siddiq rose through the ranks of the Afghan Army during the Cold War and went on to run the Daud Khan hospital through the Soviet invasion of Afghanistan, the Afghan civil war and the Taliban’s rule. She was also one of Afghanistan’s few female ministers, overseeing the public health ministry until 2004 under the transitional government led by Hamid Karzai, following the U.S. invasion. In that role, she helped implement polio vaccinations across the country after the disease had become endemic following years of instability and violence. She went back to her job as a surgeon after she left her government position.

General Siddiq “dedicated herself to serving her country,” Mr. Karzai said Friday on Twitter. President Ashraf Ghani of Afghanistan paid his respects during a memorial ceremony at the hospital on Saturday.

As a surgeon, General Siddiq was known for her deft hand, and despite her unassuming stature she was described by those who knew her as self-possessed and unintimidated by people around her, especially men.

In the mid-1980s, at the height of the Soviet-Afghan war, the Communist-backed government in Kabul promoted her to surgeon general of the Afghan Army after she had distinguished herself by tirelessly saving the lives of the hundreds of wounded soldiers and civilians who poured in through the doors of the 400-bed Daud Khan hospital. She was known as “General Suhaila.”

“She was much better than any men I’ve ever worked with,” said Atiqullah Amarkhel, a retired Afghan general, who had been promoted to his position within months of General Siddiq. “She wouldn’t go home for days.”

General Siddiq was born in Kabul, probably in 1938. She attended high school and then Kabul University as her country was quietly changing under the weight of the Cold War. She studied in Moscow for several years on scholarship and then returned to Afghanistan with her doctorate. In the years before the Soviet invasion in 1979, when she was a lieutenant colonel, she worked as a surgeon at the Daud Khan hospital.

One of six sisters, General Siddiq was the daughter of a man who was once the governor of Kandahar, and who was supportive of her education. She traced her ancestry to the Barakzai dynasty, which ruled Afghanistan for more than 100 years during the 19th and 20th centuries.

After the collapse of the Communist government in 1992, General Siddiq retained her position in the hospital under the interim government established at the outset of the Afghan civil war.

Kabul was soon split as competing factions vied for control. Ahmad Shah Massoud, then the defense minister, personally asked General Siddiq to run the hospital, as civilian casualties mounted in the capital following incessant rocket attacks by Gulbuddin Hekmatyar, the appointed prime minister, against his adversaries, said Sher Ahmad, a close family friend. The city was ultimately torn apart by attacks from all sides, including by Mr. Massoud.

“She believed in her job, not in any regime,” Mr. Ahmad said.

But in 1996 the Taliban took Kabul, and they quickly enforced draconian rule under a harsh interpretation of Islamic law. Women were not allowed to hold most jobs and were required to cover their faces in public.

Kathy Gannon, a reporter for The Associated Press, was in Kabul as the city fell and the new Taliban government began to send women home from their jobs, including General Siddiq, prompting Ms. Gannon to write an article about her.

General Siddiq and her sister Shafiqa, a professor at Kabul Polytechnic University, “were smart and funny and they weren’t going to be intimidated,” Ms. Gannon said. “But also, the Taliban learned quickly that they needed her.”

Within months, the Taliban, already trying to retain people with sought-after technical abilities and higher education, asked General Siddiq to return to her job at the hospital, where she tended to many of the regime’s wounded fighters. She performed many operations under the flickering light of a lantern, Mr. Ahmad recalled.

“They needed me and they asked me to come back,” General Siddiq said in a 2002 interview with the British newspaper The Guardian. “It is a matter of pride for me. I stayed in my country, and I served my people. I never fled abroad.”

General Siddiq and her sister were among the few women who walked around Kabul without face coverings or a burqa — a bold statement against the Taliban, who left her unscathed because of her position at the hospital.

At the same time, General Siddiq taught medicine to female university students whose academic careers had swiftly ended under Taliban rule. On at least one occasion, the government tried to crack down on her teaching, but General Siddiq pushed back, said Makai Siawash, a close friend who lived with General Siddiq for a brief time.

“She was ready to get whipped by them, but she didn’t let the Taliban fighters in,” Ms. Siawash said.

One of her students was Sayeda Amarkhel, the daughter of retired General Amarkhel, who studied under General Siddiq at the hospital after her time at university was cut short under the Taliban.

“She fought the Taliban for us,” Dr. Amarkhel said. “Today I am a gynecologist, and I owe it to her.”