Stocks just made the most new highs since before the December crash. Here’s which to buy

The S&P 500 might still be a 7 percent rally from a record high, but some of its components have already scaled to new heights.

More than 40 S&P 500 components have recently made a 52-week high, the highest number since Dec. 3, according to Bespoke Investment Group.

Starbucks, Xilinx and Waste Management have rallied to start the year, each securing all-time highs this week. According to two traders, there could be bigger breakouts. 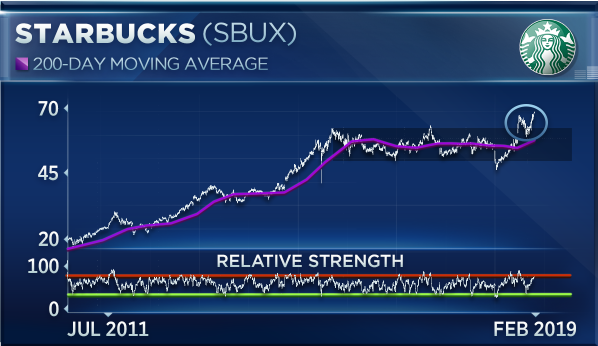 “Xilinx has the most upside,” he said on “Trading Nation” on Tuesday. “There are some really high-growth, early-stage industries within tech. You’ve got artificial intelligence, 5G, autonomous vehicles, the ‘internet of things,’ and with Xilinx you get exposure to all of those.”

Demand for Xilinx’s programmable chips has exploded. The semiconductor company is expected to post $2.9 billion in full-year sales for 2018, a 59 percent increase from a year earlier. By 2020, sales are expected to have more than doubled its 2008 haul.

“This is an industry with an extremely high barrier to entry. It takes a really unique skillset to make it in programmable chips, so that bodes well for Xilinx,” added Tepper. “I think they’ve got a long runway for outperformance.”

Maley also sees long-term strength in Xilinx, but warns of trouble ahead.

“Xilinx has certainly broken out very, very nicely, but it has gotten very, very overbought,” he said. “That one is going to be due for a little bit more of a pullback than some of the others on a near-term basis. Long-term, … it broke out nicely and should look pretty good.” 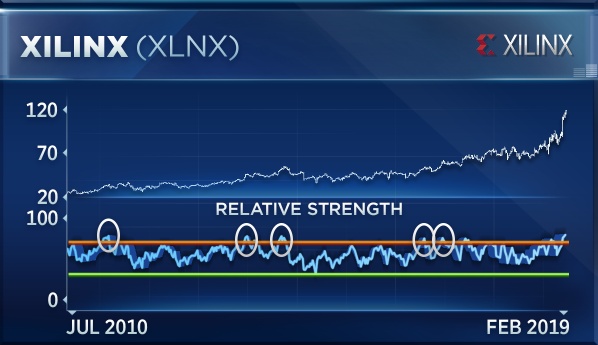 Waste Management, which made records on Tuesday, is one name set to soar, says Maley.

Xilinx is the best performer of the three this year, rallying 39 percent and leading the chips space. Starbucks and Waste Management have risen 8 percent and 11 percent, respectively.