Square is up 50 percent off the lows and charts suggest more room to run: Technician

Square is on a tear.

The stock surged 7 percent Thursday after the payment company received a vote of confidence from Instinet.

Analyst Dan Dolev reiterated a buy rating on the shares in a note, citing new growth potential and increasing attractiveness versus the big banks after Square launched its business debit card last week.

Shares of Square are have jumped 35 percent just this month and Todd Gordon, founder of TradingAnalysis.com said the charts suggest an even bigger move higher.

“If you look back about three-four years ago there was a 44 percent decline and that’s the last significant decline we’ve seen,” he said Thursday on CNBC’s “Trading Nation.” “I feel that the market has stabilized here.”

Gordon’s charting revealed that while shares of Square are still down more than 25 percent from their 52-week intraday high of $101.15 in October, selling momentum of late has not been enough “to push [it] through the lows.” 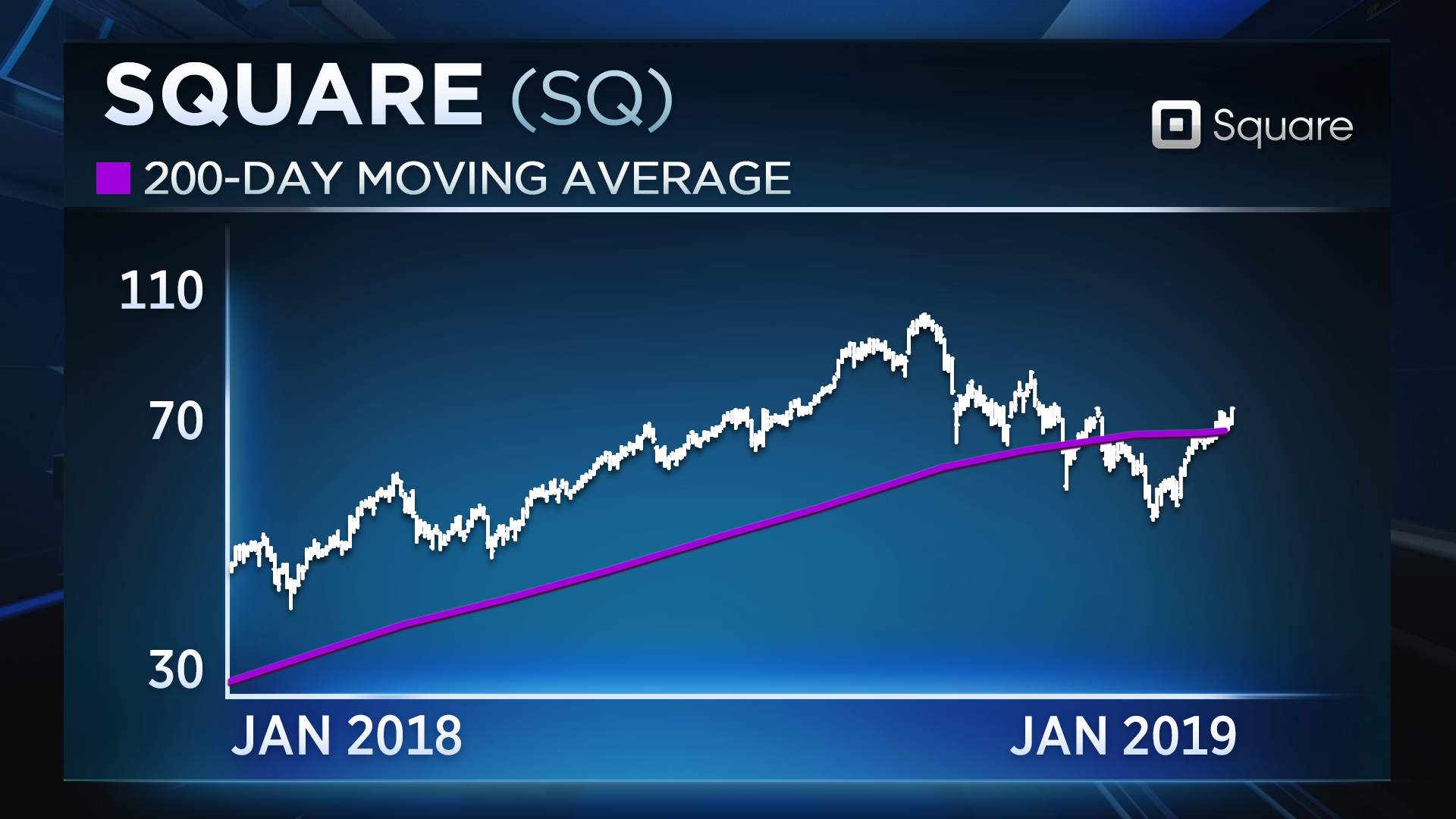 “We’re attacking the 200-day [moving average here],” he said eyeing a bullish inverse head-and-shoulders formation which points to $75 as the next key level for the stock.

“I would say that’s a nice breakout play. I’ll be looking to play that one in the options market.”

Conversely Mark Tepper, president and CEO of Strategic Wealth Partners, said that while he likes the potential of Square, the stock is still overvalued. Instead, he’s eyeing a more classic name in the payment space for growth.

“We definitely want to be in the digital payment space because it’s expected to grow at over 20 percent per year for the next five years,” he said “But in this space we’d rather own the credit card processors and our pick there would be Visa.”

Tepper notes that while Visa has fallen behind rival Mastercard in revenue it is “crushing them on margins.” Shares of Visa are up nearly 6 percent so far this year. As looming concerns of an breakdown make waves on Wall Street, Tepper said that in the times of crisis debit transactions tend to outpace credit, giving Visa an advantage.

“All good things eventually come to an end, but with Visa you get an all-weather stock” he said. “It looks like Visa is trading at a historical discount to Mastercard, which makes it a better buy.”