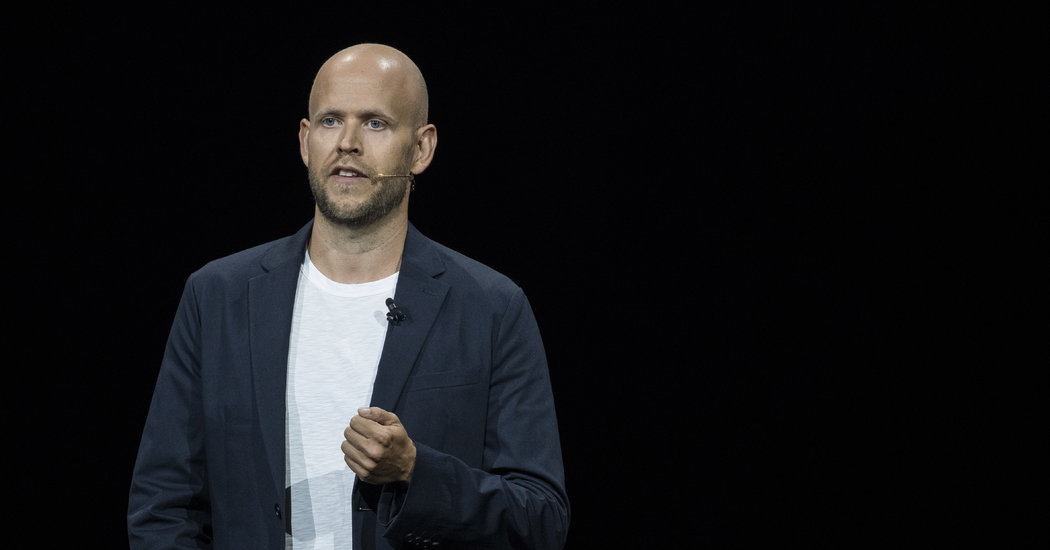 The music-streaming giant Spotify, moving aggressively to expand beyond its core service, said Wednesday it had agreed to buy two companies that will bolster its podcast roster and help to reduce its reliance on major record labels.

The acquisitions include Gimlet Media, the studio behind the popular podcasts “Crimetown,” “Reply All” and “StartUp,” and Anchor, which makes tools for recording and distributing podcasts.

Financial terms of the transactions were not disclosed. The company said that it planned to make more acquisitions and had earmarked up to $500 million for deals this year.

In addition to helping Spotify diversify its offerings, the company hopes the deals will help it keep users on its platform longer. The company, which is based in Stockholm and went public last year, is already the market leader in streaming music, with a commanding lead over its nearest rival, Apple.

Spotify said on Wednesday that it now has 96 million monthly paid subscribers, nearly double the number recently reported by Apple Music, and 207 million active monthly users. The company said it lost 78 million euros, about $89 million, last year, compared with a €1.2 billion loss in 2017.

Despite its dominance among music listeners, Daniel Ek, Spotify’s chief executive, sees other kinds of audio content as critical to the company’s future success. In a corporate blog post announcing the acquisitions, he predicted that about 20 percent of all Spotify listening would involve something other than music.

“Ultimately, if we are successful, we will begin competing more broadly for time against all forms of entertainment and informational services, and not just music streaming services,” Mr. Ek wrote.

In recent years, podcasts, which once accounted for a small slice of Spotify’s offerings, have become a big focus for the company. Mr. Ek wrote that Spotify is now the second-biggest platform for podcasts, trailing only Apple.

Podcasts are good business for Spotify in other ways as well. The company said that offering more of them could help increase its profit margins, in part by reducing its dependence on licenses it must regularly negotiate with record labels.

Gimlet was started in 2014 by the public radio veterans Alex Blumberg and Matthew Lieber. “Homecoming,” the company’s first fictional podcast, has been adapted into an Amazon show starring Julia Roberts.

“Spotify is poised to become the largest audio platform in the world and we are excited for Gimlet’s award-winning podcasts to connect with new audiences around the world,” Mr. Blumberg and Mr. Lieber said in a statement in the news release announcing the deal.

Anchor, which was started in 2015, creates products that simplify the process of recording and earning money from podcasts. Its addition broadens Spotify’s ability to cater to podcast creators.

Both deals are expected to close by March 30.