Last year, Spotify decided to embrace podcasts as part of the company’s larger communications strategy with the launch of its behind-the-scenes podcast, “Spotify: For the Record,” which has featured interviews with Spotify execs, employees, and industry experts about music, tech, and podcasting. Today, the company is expanding on its in-house podcasting strategy with the debut of two more communications-related podcasts focused on addressing specific industries, including creators, entertainment, consumer trends and lifestyle enthusiasts, and the business and financial community. 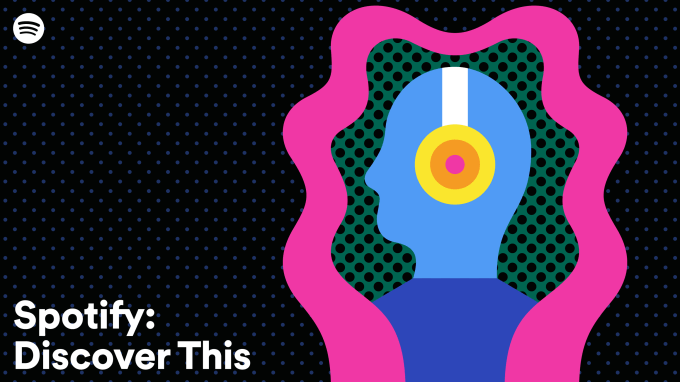 The new programs will launch throughout the month of October, with the first being “Spotify: Discover This,” which arrives on October 14. This podcast will include insights on “music, podcasting, cultural moments, and trends,” and will feature a mix of music, artist interviews, and other “surprises,” the company says.

To give you an idea of the type of content it will offer, the first episode will take a dive into the evolution of country music and showcase emerging artists.

The other new program, “Spotify: Mic Check,” arrives on October 19 with a focus on creators. 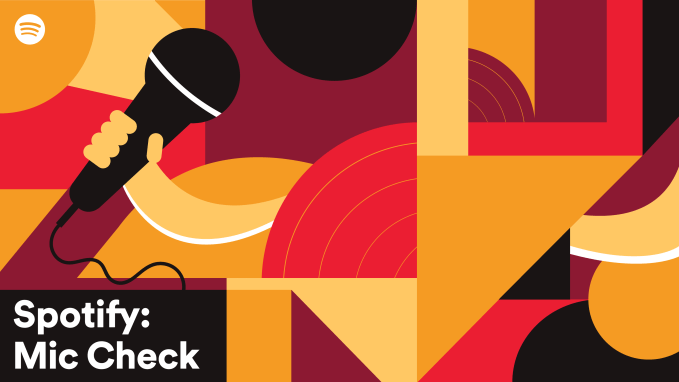 In addition to its work with music artists and labels, Spotify has been working to embrace the podcast creator community with its acquisition of podcast-related companies over the years, including various studios and creation tools, like Anchor. It has also been working to help creators better monetize their efforts with the launch of new advertising products, paid subscriptions, engagement tools, and integrations that would allow creators to connect their existing subscriber base to Spotify’s platform. It also launched a social audio app, Spotify Greenroom, where it will host live content.

“Mic Check” will expand on Spotify’s creator commitments by offering a selection of conversations with both musicians and podcasters alike. The show will include exclusive recordings and personal stories from this group of global creators, all of which will remain exclusive to Spotify.

The company is also bringing back its flagship show, “For the Record” for a third season on October 26. This show will continue to offer Spotify’s commentary on product and financial news, like its earnings reports, product launches and other business updates.

However, this season, the company will make “For the Record” even more of an area for breaking news, saying that it will be the only place where it will share certain business updates.

“From the start, Spotify has always had a unique story to tell and an ambition to tell it our own way,” said Spotify’s Head of Global Communications, Dustee Jenkins, in a statement. “The ‘Spotify: For the Record’ podcast was launched last year and served as an important step in building our broader audio communications channels. Now we are excited to share that we’re expanding and launching two additional shows that will allow us to speak to each of Spotify’s audiences more directly – about the topics they care most about,” she said.