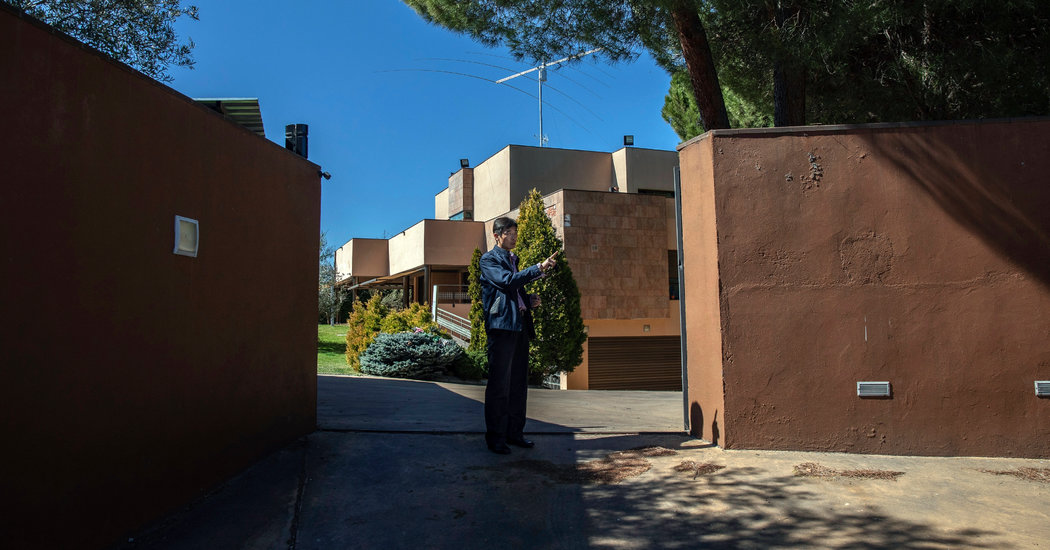 MADRID — In one of the strangest international incidents in memory, an armed group attacked the North Korean Embassy in Madrid last month and then fled. Neighbors reported hearing a woman’s screams, but the embassy did not want to discuss the events with the Spanish police.

On Tuesday, the story got even stranger.

A Mexican man who lives in the United States led the raid, and later offered material stolen from the embassy to the F.B.I., a Spanish judge investigating the case said.

In a summary of his investigation, José de la Mata, a judge of Spain’s national court, identified the leader of the gang as Adrian Hong Chang, who he said had escaped, through Portugal, to the United States. An American citizen, identified as Sam Ruy, was also involved in the Feb. 22 assault, he said.

Judge de la Mata described how Mr. Hong Chang approached the embassy in the middle of the afternoon, asking to speak with Yun Sok So, an official in its economics department.

He used a false business card, identifying himself as Matthew Chao, a “managing partner” in a firm he called Baron Stone Capital. Mr. Hong Chang and nine others then attacked the embassy employees with knives, machetes, metal bars and fake pellet guns, all of it acquired in Madrid in the days before, the judge said.

The group held embassy employees hostage, some with their hands tied behind their back and a bag placed over their head. The assailants escaped from the compound about five hours later, using three vehicles stolen from the embassy, the judge reported.

Mr. Hong Chang left for Lisbon and then boarded a plane to Newark Liberty International Airport, where he landed on Feb. 23, according to Judge de la Mata. He said that Mr. Hong Chang got in touch with the F.B.I. and offered to share “audiovisual material” obtained during the embassy attack.

In a statement, the F.B.I. said: “It is our standard practice to neither confirm nor deny the existence of an investigation. However, the F.B.I. enjoys a strong working relationship with our Spanish law enforcement partners that centers on information sharing and regular cooperation around matters of mutual assistance.”

Last month, officials said they were alerted to the attack by people who heard a woman in the embassy screaming. El Confidencial, a Spanish news site, said a woman was later treated for minor injuries, and told the police that a gang had detained people in the embassy and had stolen computers.

But when officers rang the embassy’s doorbell, a North Korean official initially told them that nothing unusual had occurred. Later, the embassy allowed the police into the compound, and the Spanish authorities opened an investigation.

The judge released the report on Tuesday after lifting a secrecy order on his investigation. As a preliminary assessment, he wrote that the assault could warrant charges on several grounds, including illegal detention, theft using violence, and membership in a criminal organization.

The Associated Press reported that an American official said the assailants are members of a shadowy group, called the Cheollima Civil Defense, that tries to help people defect from North Korea.