She Recorded Her Boss’s Lewd Call. Guess Who Went to Jail?

At school, he often described his sex life and pressured her to have an affair. After work, he would call her and continue his obscene monologues.

“That kind of conversation happened so often I couldn’t even count,” Ms. Nuril said in a recent interview. “I told him, ‘You need to go to a psychiatrist.’ ”

After months of this, she recorded one of the calls so she would have evidence of his behavior.

The result: She lost her job and went to jail. Meanwhile, his career has flourished.

Ms. Nuril’s case, which is now before Indonesia’s Supreme Court, has become a very public example of the country’s failure to protect women from sexual harassment, as well as the notoriously capricious nature of its judicial system.

Advocates for women say that unwanted sexual advances and obscene remarks are depressingly common in Indonesian workplaces, and that women have little recourse when subjected to them.

“We don’t have sufficient laws that protect women and deal with this kind of harassment,” said Tunggal Pawestri, a women’s rights activist in Jakarta.

Ms. Nuril, a 40-year-old mother of three, grew up on Lombok, a conservative, predominantly Muslim island east of Bali. In 2010, she got a temporary job helping with accounting at Senior High School Seven Mataram in Lombok’s provincial capital.

She says her troubles began in 2013 with the arrival of a new principal, Muslim, who goes by one name as many Indonesians do.

In April of that year, according to Ms. Nuril, Mr. Muslim began talking to her frequently in lewd terms, both in person and on the phone. He told her in explicit detail about his sexual activities with another employee and hounded Ms. Nuril to have an affair with him, she said.

Twice, the school staff met at hotels. Both times, he showed her stains on a bed from what he said were sexual encounters with her co-worker hours earlier, she said.

Ms. Nuril worried that she would lose her job if she complained about the harassment, especially since her position was temporary.

Meanwhile, Mr. Muslim gave others, including Ms. Nuril’s husband, the impression they were having an affair. To prove otherwise, she recorded one of Mr. Muslim’s phone calls in August 2013.

She said the 15-minute call was typical: The principal talked in graphic detail about his sexual activities. (The New York Times reviewed a court transcript of the recording and confirmed its content.)

She played the recording for her husband and a colleague. Months later, a teacher who had learned of the recording copied it from her phone while Ms. Nuril was in another room.

Ms. Nuril said that fewer than a dozen people initially heard the recording, and that it was more than a year before Mr. Muslim learned of its existence.

She said he offered to extend her contract if she deleted the recording — which might not have prevented copies from circulating further, but would have made it harder for her to pursue a case against him. When she refused, she said, he fired her.

Repeated attempts to contact Mr. Muslim for comment were unsuccessful. But his lead lawyer, Asmuni, said Mr. Muslim was the real victim in the case. Ms. Nuril, he said, broke the law and deserved to go to jail.

“Men have to be protected, too,” he said. “She is an ungrateful person and does not know her place.”

Three months after firing Ms. Nuril, the principal went to the police and accused her of criminal defamation. The police interrogated Ms. Nuril half a dozen times before arresting her in March 2017.

“I don’t really get what was defamatory,” she said. “It is you yourself telling people about your bad behavior.” 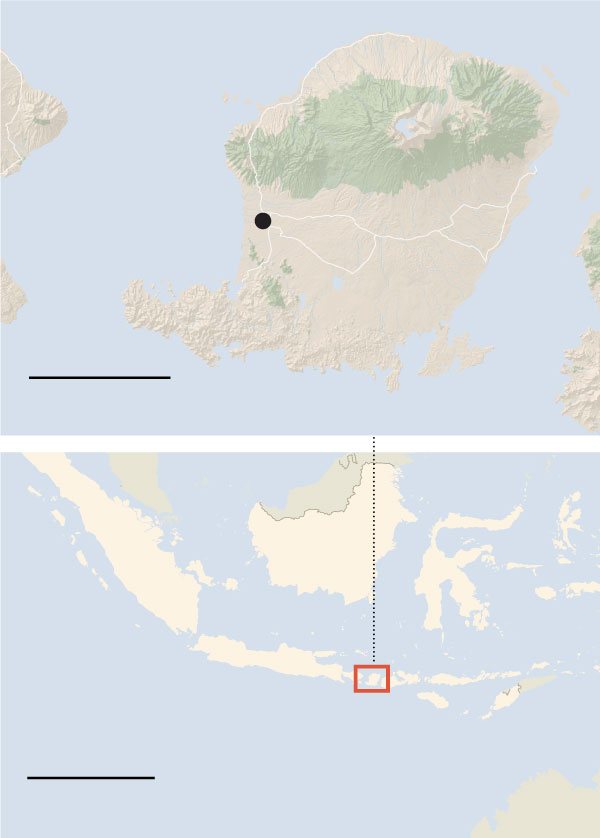 Ultimately, prosecutors charged her with distributing obscene material, not defamation. A prosecutor in the case, Ida Ayu Putu Camundi Dewi, declined to speak by telephone and did not respond to written questions.

Ms. Nuril spent two months in a Lombok jail. At her trial, teachers from the school testified that they, not Ms. Nuril, were the ones who had taken the recording from her phone and distributed it.

“She recorded it for her own protection,” said her lawyer, Joko Jumadi. “She kept it for so long. Even when it spread, it was not her who distributed it.”

The trial court found Ms. Nuril not guilty. But that was not the end.

In Indonesia, prosecutors can appeal an acquittal. They took her case to the Supreme Court, where the justices — without a hearing — reversed the verdict in November, finding Ms. Nuril guilty of distributing indecent material electronically.

The three-judge panel sentenced her to six months in jail and fined her $35,000 — a fortune for Ms. Nuril’s family. Failure to pay it would add three months to her sentence.

“I was really shocked because all the witnesses said clearly I was not the one who transmitted the material,” Ms. Nuril said in the interview, fighting back tears.

There was public outrage in response to the ruling. Indonesia’s president, Joko Widodo, who is running for re-election in April, hinted that he would spare Ms. Nuril more jail time if the Supreme Court rejects her final appeal, which her lawyer filed last week.

“If the case review does not provide justice, then she can apply for clemency to the president,” Mr. Joko told reporters. “Once she has applied for clemency, that’s where I come in.”

The office of the attorney general, Muhammad Prasetyo, said any punishment would be delayed until Ms. Nuril’s appeal was resolved.

Mr. Muslim appears to have suffered few professional repercussions from the episode. After the recording became public, he was removed as principal and given ever-higher management positions within the government of Mataram, the provincial capital.

“He is healthy, he enjoys life,” said Mr. Asmuni, his lawyer. “He is still trusted by the government to stay on in his position. He is still in power.”

The Mataram mayor, Ahyar Abduh, who has the authority to discipline Mr. Muslim, did not answer repeated phone calls or respond to written questions. Aides to the mayor said they could not discuss the case.

After the Supreme Court’s ruling in November, Ms. Nuril reported Mr. Muslim to the police for sexual harassment. A spokesman for the West Nusa Tenggara Police Department, I Komang Suartana, said the police were considering whether there was a law that would apply in the case.

Saying something obscene is not a crime, he said, and Indonesia’s law against sexual harassment does not cover verbal abuse unless there is also physical contact.

The legal system’s deficiencies mean that Indonesian women are expected to tolerate harassment — and, sometimes, sexual relations with their bosses — as the price of keeping a job, women’s advocates say.

“As long as the law does not change, women will forever be closed off and will never want to report it,” Mr. Joko said. “Especially if you look at Nuril’s case. You are the victim, but then you are the one who is put into prison.”

Advocates for women say the system has other egregious faults. For example, female police officers are supposed to handle sexual abuse cases and other crimes against women.

But the national police force has a chronic shortage of women, in part because of its longtime practice of subjecting female recruits to a so-called virginity test, an invasive procedure known as the “two-finger test.”

“If the national police are serious about handling sexual harassment, the first thing they have to do is stop this degrading and unscientific practice against their female applicants,” said Andreas Harsono, Indonesia researcher for Human Rights Watch, which has campaigned against the procedure.

Ms. Nuril never intended to become a symbol, but she is pleased that so many women, rights groups and even the president have expressed support for her.

But she does not expect things to improve for those in her situation anytime soon.

“A lot of women still feel they are under pressure from their bosses and their bosses can do whatever they want,” she said. “For me, justice seems so far away.”