She Accused the Mayor of Sexual Assault. Then the Town Turned on Her. 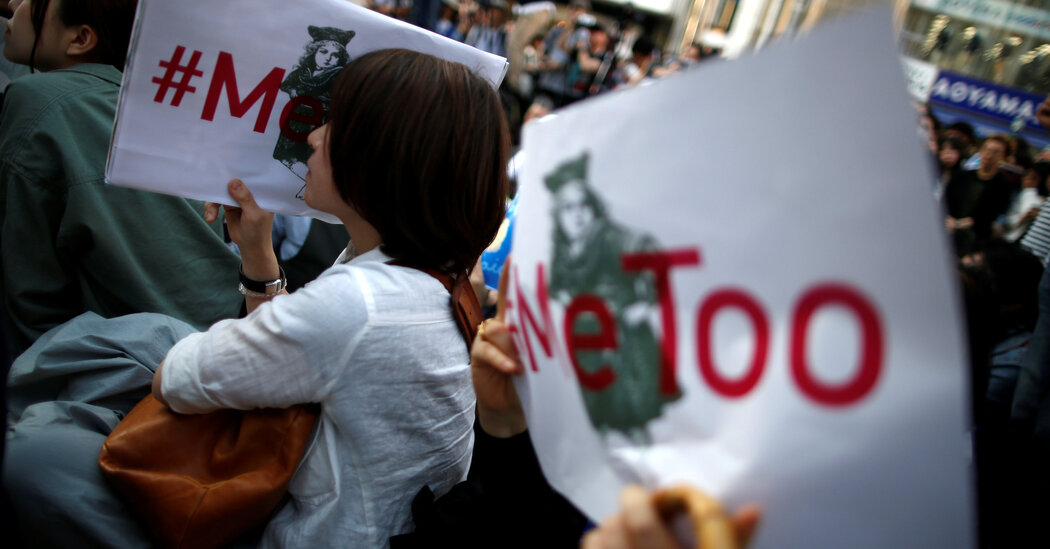 A Japanese councilor who accused a mayor of sexual assault has been voted out of office by residents after colleagues argued that she had damaged the town’s reputation.

Shoko Arai, the only female assembly member in the town of Kusatsu, which is northwest of Tokyo, was ousted after the mayor and other assembly members, having tried and failed to remove her once already, orchestrated a recall election on Sunday.

The case highlights the difficulties faced by women who come forward with allegations of sexual assault in Japan, where such episodes are underreported and rarely discussed openly.

“This is a very, very typical Japanese reaction against female victim-survivors,” said Hiroko Goto, an expert in law and gender at Chiba University.

Last November, Ms. Arai accused Kusatsu’s mayor, Nobutada Kuroiwa, of forcing her into sexual relations in 2015. Mr. Kuroiwa has denied the accusation and filed a defamation complaint against her.

The following month, three-quarters of the town’s councilors voted to expel Ms. Arai from the assembly, a decision that was overturned by the government of Gunma Prefecture, which includes Kusatsu.

Mr. Kuroiwa and other assembly members then gathered enough signatures from residents to request a recall election. They argued that Ms. Arai lacked evidence for her claim and that news coverage of the case had damaged the reputation of Kusatsu, a town of about 6,200 people whose economy relies on tourists visiting its hot springs.

“I think that the referendum result doesn’t reflect the will of citizens,” Ms. Arai said via email on Wednesday, adding that she believed it had been swayed by the mayor and his supporters.

In a statement on Sunday after the results of the vote were announced, she said she wanted Kusatsu to be a place where residents did not need to fear the authorities, but “with Mr. Kuroiwa and the current assembly, we can’t achieve that.”

She added in the statement that a petition she had started against the recall election had gathered over 12,000 signatures, and that she planned to continue her political activities.

Mr. Kuroiwa said the vote had protected the “dignity of the town,” according to The Asahi Shimbun, a national newspaper.

Professor Goto said that the lack of coverage of gender-based violence in the Japanese news media, as well as pervasive cultural attitudes that women should be submissive, makes it easy to mobilize public sentiment against women who speak out.

Although these attitudes are common across Japan, she added, they are stronger in small towns like Kusatsu, where male politicians “still believe that the women should follow orders.”

Last year, in a landmark ruling, a Tokyo court sided with Shiori Ito, a journalist who had accused the prominent television journalist Noriyuki Yamaguchi of rape, and ordered Mr. Yamaguchi to pay Ms. Ito about $30,000 in damages.

Professor Goto said, however, that such rulings remain the exceptions in a justice system in which sexual assault cases rarely go to court.

Ms. Arai’s case also highlights the need for more female politicians, she said, adding that she believed the outcome might have been different if there had been more assemblywomen in Kusatsu who were able to amplify Ms. Arai’s voice.

Jiro Yamaguchi, a political science professor at Hosei University in Tokyo, said on Twitter that assembly leaders in Kusatsu had essentially used the recall to eliminate an elected opponent.

“It’s just an autocracy by the majority,” he said.