Semis are up nearly 20 percent off the lows, but they could head higher. Here’s why

The SMH semiconductor ETF has surged 18 percent off its December bottom, a welcome rebound after a 29 percent pullback during the preceding nine months.

It’s not the first time chipmakers have seen those moves, says Todd Gordon, founder of TradingAnalysis.com.

“There’s a lot of precedents to the bounce that we’ve seen,” Gordon said on CNBC’s “Trading Nation” on Thursday. “It’s very typical, it’s not anything excessive.”

In 2011, for example, the SMH ETF plummeted more than 29 percent from a peak in March to a trough in October. Over the next six months, it rebounded 40 percent.

Similarly, from June to August 2015, the ETF sank more than 27 percent, and within six months, it had rallied 28 percent.

“I like the semis. I think they have kind of stabilized,” Gordon said. 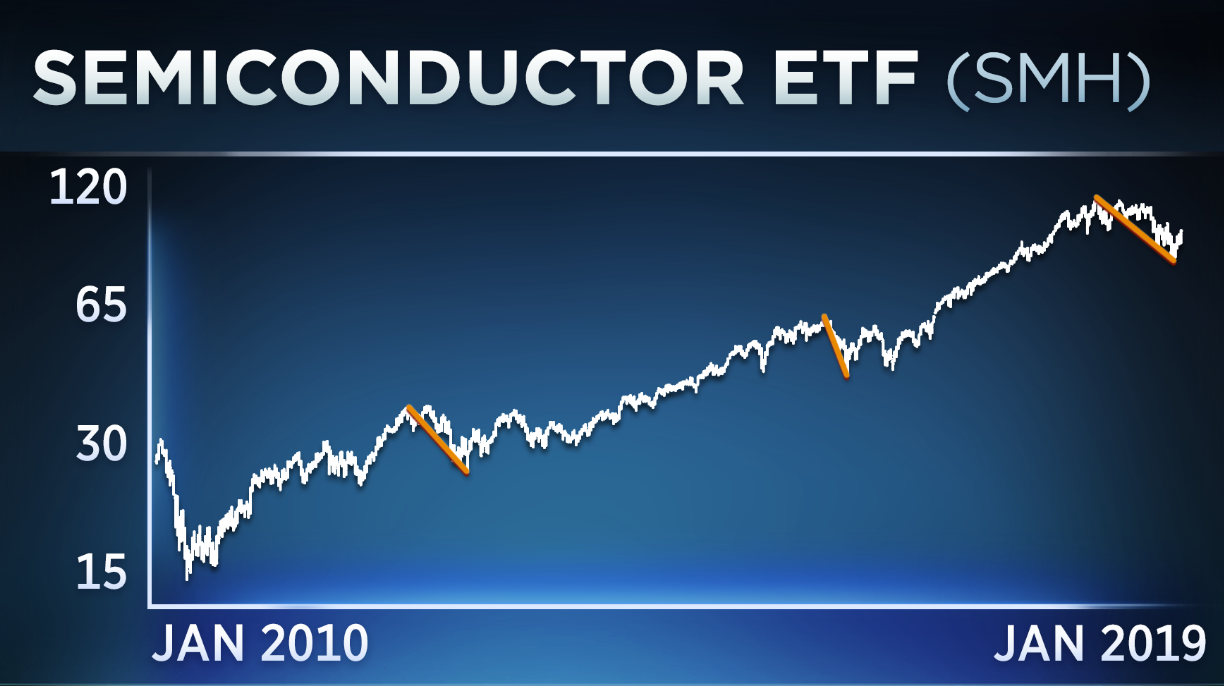 “We’d be avoiding the companies like Qualcomm that are making chips for phones. We are bullish on the cloud, and with Intel you have an opportunity to gain exposure to the cloud at a dirt-cheap valuation,” Tepper said on “Trading Nation” on Thursday.

Intel’s “management strategy has really evolved with the changing times,” Tepper said. “They’re now focusing on data center, which makes up 30 percent of their revenues and growing, and more and more businesses now are focusing on these lower-cost computers to boost margins and help with mobility.”