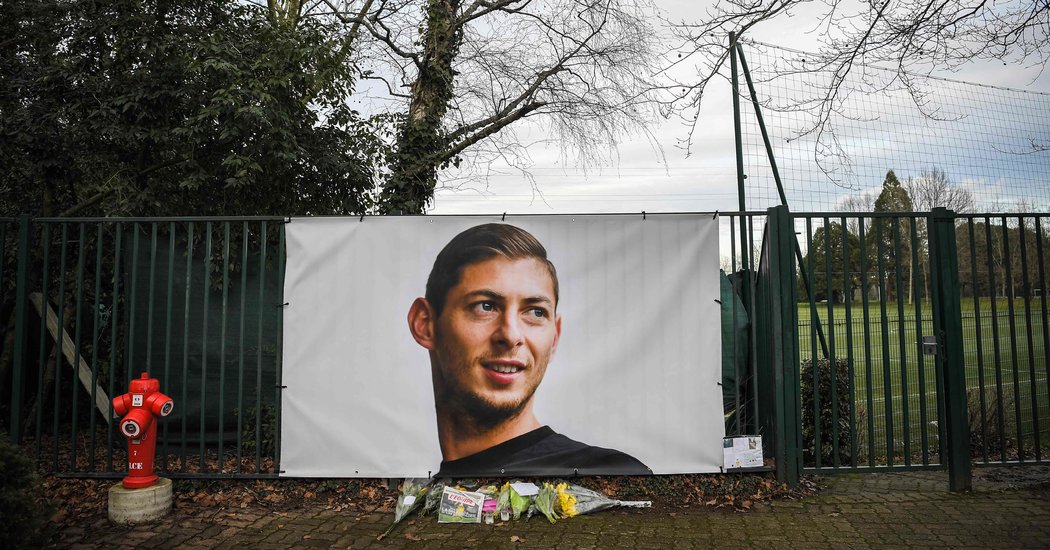 LONDON — The authorities announced on Thursday that they had ended the search for the Argentine soccer player Emiliano Sala and his pilot after their aircraft vanished over the English Channel on Monday.

“We reviewed all the information available to us, as well as knowing what emergency equipment was on board, and have taken the difficult decision to end the search,” David Barker, the harbormaster captain of the island of Guernsey, a self-governing British dependency off the coast of France, said in a statement posted by the police on Twitter.

The search, which involved three planes, five helicopters, two lifeboats and the assistance of passing ships and fishing boats, covered an approximately 1,700-square-mile area, according to Mr. Barker.

The police examined mobile phone data and satellite imagery, but no trace of the aircraft, Mr. Sala or the pilot, David Ibbotson, could be found.

“The chances of survival at this stage are extremely remote,” Mr. Barker said in his statement.

After the authorities’ announcement, Romina Sala, Mr. Sala’s sister, held a news conference in Cardiff and asked the authorities not to call off the search.

She said she knew in her heart that Mr. Sala was still alive somewhere in the Channel.

On Monday night, when his plane disappeared, Mr. Sala sent an audio message to his family from the plane, in which he said, “I’m so afraid” and warned that the aircraft “seems like it’s falling to pieces.”

“If, in an hour and a half, you have no news from me,” he said, “I don’t know if they are going to send someone to look for me, because they are not going to find me.”

Mr. Ibbotson, whose identity was confirmed by the Humberside Police on Wednesday, used the Facebook check-in tool at the Nantes airport on Saturday afternoon. According to reports in the British news media, he had joked in Facebook comments that he was a “bit rusty with the ils,” referring to the Instrument Landing System.

The Piper Malibu plane — a single-engine, propeller-driven aircraft — departed Nantes, a city in western France, at 8:15 p.m. local time on Monday, and was headed for Cardiff, the capital of Wales.

Mr. Sala, a 28-year-old forward from Argentina, had left his homeland for Europe at the age of 16. He became a star playing for Nantes in the top French league, and was recently sold to Cardiff City. He was scheduled to join that team on Tuesday.

By 8:23 p.m. Monday in Britain, his plane had disappeared from air traffic control radar about 15 miles north of Guernsey.

Mehmet Dalman, the chairman of Cardiff City, said on Wednesday that there were no plans to reschedule the team’s coming Premier League match, which is set to take place on Tuesday, according to the BBC.

“I would be very surprised if there’s any change to the schedule,” Mr. Dalman said.

The owner of Cardiff City, Tan Sri Vincent Tan, thanked those involved in the search operation in a statement on Thursday.

“Monday evening’s news shook everyone at Cardiff City F.C. to the core,” he said. “We were looking forward to providing Emiliano with the next step in his life and career.”

He added that the team continued to pray for Mr. Sala and Mr. Ibbotson.

The search for the aircraft, Mr. Sala and Mr. Ibbotson might have been called off, but the disappearance remained an open case, according to Mr. Barker, the harbormaster captain.

“We will be broadcasting to all vessels and aircraft in the area to keep a look out for any trace of the aircraft,” he said in the statement. “This will continue indefinitely.”