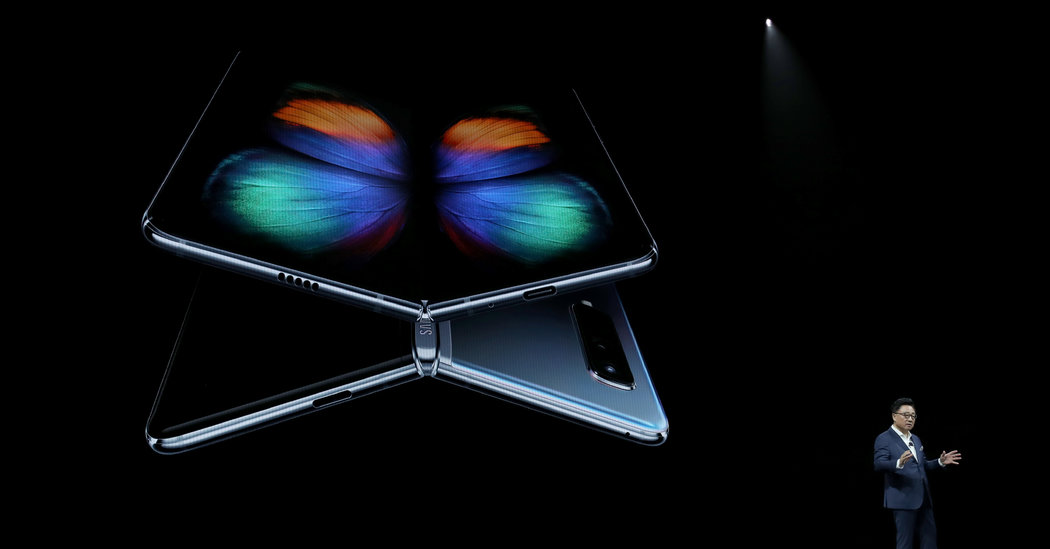 SAN FRANCISCO — For the past decade, smartphones have had practically the same design: a rectangular slab with a touch screen. That’s why gadget enthusiasts were eagerly awaiting the release this week of Samsung’s Galaxy Fold, a smartphone that could be folded or unfolded to decrease or increase its screen size.

Now, they will have to wait longer.

After several tech critics reported last week that their Galaxy Fold devices were malfunctioning, Samsung said on Monday that it would postpone the release of the device, which had been set for Friday. It said a new rollout date would be announced in the coming weeks.

“While many reviewers shared with us the vast potential they see, some also showed us how the device needs further improvements that could ensure the best possible user experience,” Samsung said in a statement.

The issues with the Galaxy Fold, a premium phone priced at nearly $2,000, are another black eye for Samsung, which has developed a reputation for rushing to be first with new innovations at the risk of quality assurance. The company was under scrutiny several years ago when a flagship phone, the Galaxy Note 7, was discontinued after several of the devices spontaneously combusted amid dozens of reports of overheating Note 7 batteries in the United States.

Samsung, which is based in South Korea and the world’s largest handset maker, unveiled details of the Galaxy Fold in February. When folded up, the gadget’s viewable screen measures 4.6 inches. When unfolded, the device has a 7.3-inch display, about the size of a tablet screen.

After the Galaxy Fold was sent to several gadget reviewers last week, one reported that the entire side of the device’s screen died while another said an unusual bulge had appeared inside the screen. One of the devices failed to work entirely.

Samsung had previously said it would continue with its plans to release the Galaxy Fold in the United States this week. On Monday, after further inspection of the faulty devices, the company said some problems could be related to exposed areas of a hinge that allows the device to fold up like a book. In one instance, substances found inside the device affected the screen.

Samsung also said it had postponed two media events that were intended to promote the Galaxy Fold in Shanghai and Hong Kong.

Kyle Wiens, the chief executive of iFixit, a company that offers instructions for repairing devices, said the Galaxy Fold underlined how Samsung kept pushing thinner, flexible screen technologies that did not improve durability. Compared with Apple’s iPhones, recent Galaxy phones are not only more fragile but are more difficult and expensive to repair, he said.

“Samsung across the board does not do a good job at supporting their customers and making it possible for them to repair their phones or screens,” he said. “We should be demanding a repair strategy from Samsung alongside a durability strategy.”