But Mr. Putin and his officials might want to take a closer look at the writer. Turgenev, a restless, cosmopolitan liberal who died outside Paris in 1883, had a decidedly dark view of his own country.

“He never idealized anything and described the reality that he saw,” conceded Elena Levina, the director of the Turgenev family estate, which reopened to the public in January after lavish renovation work. “This was sometimes not pretty.”

Inside the writer’s now state-owned mansion 200 miles south of Moscow, celebration of Russia as a self-confident cultural power jostles uneasily with constant reminders of another, less secure country striving to join the West.

Many of the books in Turgenev’s library are in French and German, two of the seven languages he knew aside from Russian.

Paintings and drawings on the walls recall the many years he lived outside Russia — attending college in Berlin and living in the German spa town of Baden-Baden and then in France, where he pursued a doomed love affair with Pauline Viardot, a married French opera singer of Spanish descent.

His writings contain sometimes withering comments about his homeland, which he sorely missed when he was absent but also often deplored.

“Russian people are lazy and slow, and not accustomed to thinking independently, nor acting consistently,” Turgenev wrote in an 1857 letter to a conservative Russian countess. “But necessity — that great word! — will stir even this bear up out of its den.”

He didn’t mellow much with time, writing two decades later to a friend: “We are so disgustingly poor in Russia — this is the problem and why we are so prone to steal.”

From France, he delivered this judgment on his homeland: “In Russia, clever, talented and honest people are very rare.”

In the great debate between so-called westernizers and Slavophiles that dominated intellectual and political discussion in 19th-century Russia and that still rumbles on today, Turgenev stood firmly with those who thought Russia belonged in Europe and must shun what he considered foolish fantasies of a separate Russian path.

But those fantasies have again taken flight in recent years, promoted by Russia-first nationalists, the Russian Orthodox Church and also the Ministry of Culture, headed by a deeply conservative historian, Vladimir Medinsky, who fumes against Western culture and despises modern-day versions of westernizers like Turgenev.

Yet at the same time, Mr. Medinsky has plowed money into celebrating Turgenev and his place in the pantheon of Russian literature.

His ministry financed the rebuilding of Turgenev’s family estate and in November opened a new museum in central Moscow, housed in the former home of the writer’s mother, whom Turgenev loathed, feared and loved dearly.

Mr. Putin attended the opening, and a big picture of the president now dominates the entrance hall.

These celebrations of Turgenev are taking place because no matter how dyspeptic Turgenev may have been at times in judging his own country and its people, he was indisputably Russian and one of its great writers.

As such, he has a secure place in the heart not only of Russians who love literature but also the Russian state, despite its often bombastic hostility to the liberal, Europe-looking cause that the writer promoted throughout his life. 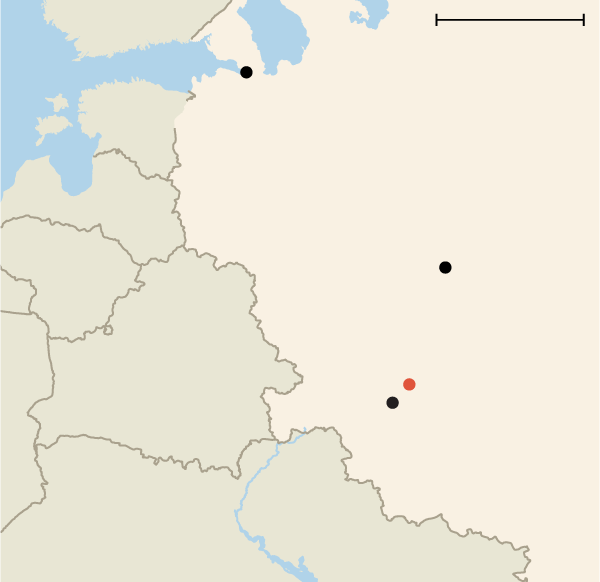 Turgenev, born in 1818, was particularly harsh in describing life in villages around his estate, which is set amid a forest of birch trees and ancient oaks near Mtsensk, a bleak provincial town south of the Russian capital.

The local peasant, Turgenev wrote in an early novel, “Hunting Sketches,” a searing indictment of serfdom, “is bent in figure, sullen and suspicious in his looks; he lives in wretched little hovels of aspen-wood, labors as a serf in the fields, and engages in no kind of trading, is miserably fed, and wears bast shoes.”

For all its poverty and backwardness, however, the region around Mtsensk has produced more Russian literary talent than anywhere in the country other than Moscow and St. Petersburg.

Vera Yefremova, the director of the Turgenev Museum in the provincial capital, Oryol, said the region had fed the talents of 182 significant writers.

In addition to Turgenev, they include Ivan Bunin, the first Russian to win the Nobel Prize in Literature — who also had a bleak view of Russia, lived abroad and was banned in the Soviet period — and Nikolai Leskov, whose novella, “Lady Macbeth of the Mtsensk District,” was turned into an opera by the composer Dmitri Shostakovich.

Stalin hated the opera, which revolves around adultery and murder, and had it banned.

“There are so many writers from here that even I don’t know all their names,” said Ms. Yefremova, who presides over a network of four state-financed literary museums in Oryol and a staff of 124 curators and guides.

Some of Turgenev’s characters said such nasty things about Russia that when the British publisher Penguin Books quoted one of them, without attribution, in an advertising campaign on the London underground, Russia’s Foreign Ministry complained of “disgusting Russophobia” by Britain.

The quote in question — “Aristocracy, liberalism, progress, principles … Useless words! A Russian doesn’t need them.” — came from Yevgeny Bazarov, a nihilist rebel in Turgenev’s best-known novel, “Fathers and Sons,” part of which he wrote at his estate near Mtsensk.

The ministry did not explain how the words of a Russian character in a novel written more than 150 years ago by a Russian reveal contemporary British prejudice toward Russia.

But what the ministry calls “Russophobia” — its stock response to any criticism of Russia — was never really a foreign malady but a Russian one. The term was coined in 1876 by a Slavophile Russian diplomat to describe what he viewed as the overly critical views of Russia by his fellow Russians.

Ms. Levina, the director of Turgenev’s estate, bristled at the suggestion that the writer perhaps had “Russophobic” tendencies but acknowledged that “he wasn’t a nationalist either.”

“He was a man of the world and felt comfortable in any country,” she said.

During a tour of the mansion, she paused by an icon of Jesus hanging in Turgenev’s study and explained that the writer was never religious — and even had doubts about God’s existence — but kept the icon because it had been in his noble family for generations.

The Russian state does the same. Increasingly wedded to pugnacious nationalism, it spurns the liberal values espoused by Turgenev but still reveres him as part of the family.

Turgenev’s distaste for drunken disarray and slovenliness so exasperated some of his compatriots, particularly those prone to the habits he deplored, that Fyodor Dostoyevsky, a contemporary and dedicated Slavophile, urged him to get a telescope so that he could see Russia more clearly and more sympathetically.

A few hard-line Russian nationalists have again taken up that cudgel, demanding that Turgenev’s books be removed from school curriculums because he was too smitten with the West.

Turgenev was so out of step with some of the conventions of his own country that “he never drank vodka and always preferred wine,” said Ms. Levina, the estate director.

But still, she added: “He was an extraordinary Russian writer. That is all that really matters.”