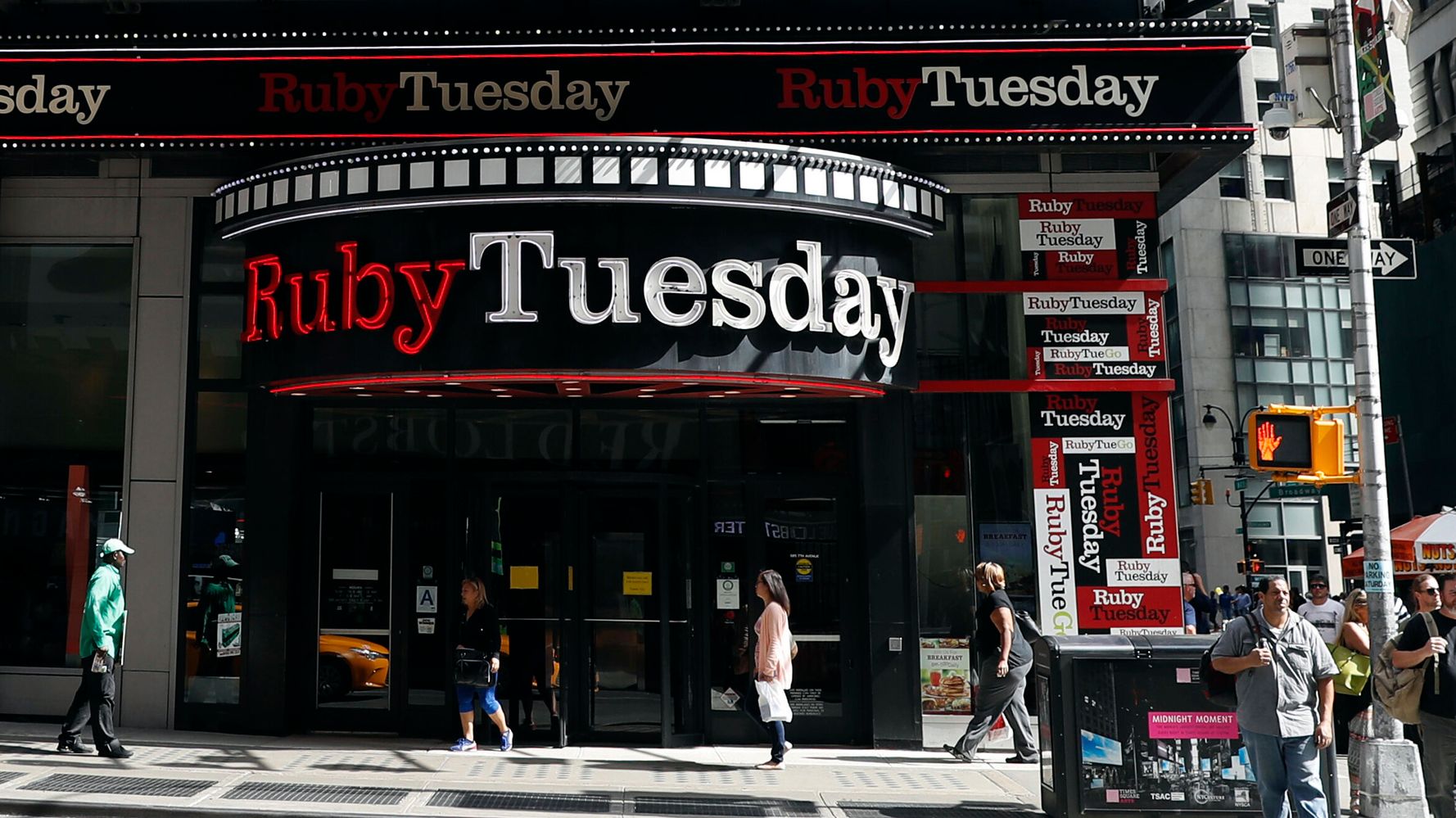 The Maryville, Tennessee-based company, which was founded in 1972, said on Wednesday that its restaurants will remain open throughout the bankruptcy process. Ruby Tuesday has 250 company-owned and franchised restaurants in the U.S., Canada and nine other countries, including Hong Kong, Chile and Kuwait.

“This announcement does not mean ‘Goodbye, Ruby Tuesday,’” CEO Shawn Lederman said in a statement. “Today’s actions will allow us an opportunity to reposition the company for long-term stability as we recover from the unprecedented impact of COVID-19.”

Ruby Tuesday is known for its salad bar, which could be a difficult sell in a post-pandemic world. But it’s also dealing with longer term changes in the market that have hurt other casual chains. Even before the virus hit, sit-down restaurants were struggling as more consumers opted for delivery and carryout. Restaurants, still clawing their way back from the recession a decade ago, had little cash to update their aging stores.

NPD Group, a data and consulting firm, said U.S. visits to full-service restaurants plunged 47% in the April-June period, at the height of the mandated dining-room closures. Visits have ticked upward since then, but were still down 25% in August. Without counter service or drive-thru windows, sit-own chains like Ruby Tuesday simply haven’t been able to make up the lost volume from their dining rooms.

Ruby Tuesday didn’t immediately respond when asked by The Associated Press how many of its restaurants are currently operating and how many remain closed due to the pandemic.